I finally finished the first unit for my new foray into 28mm gaming of the English Civil War period.  The figures, except for the officers are all from Warlord Games' Parliamentary and/or Royalist Infantry box of hard plastic infantry.  Both boxes are identical in content with the exception that they come with different flags.  At $32.00 retail an excellent value for 40 figures including command.  The commanding officer and ensign carrying the flag are both from Wargames Foundry courtesy of auction on eBay.  I did not use the flag that came with the set but found a great site called Wargames Designs on the web that has about 100 excellent ECW flags. 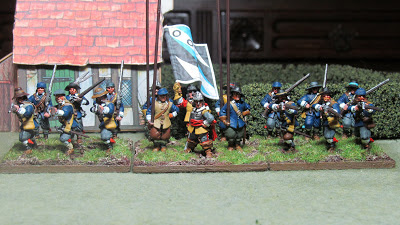 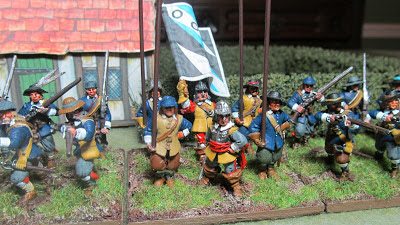 I really enjoyed painting the commanding officer; the pose is dramatic and the "pistol" proof on the breast plate is a nice touch.  The English Civil War range from Foundry was sculpted by the Perry twins. 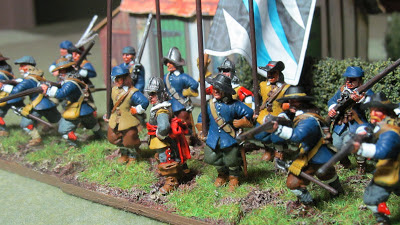 On a honest note, I did find myself challenged with the positioning of the arms of the plastic figures.  There are multiple options for assembly and it took a while for my "modeling" skills to get the arms and muskets positioned correctly. 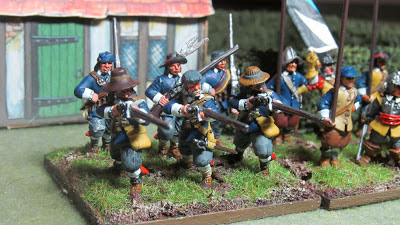 As the uniforms, except for the officers, are plain, I decided to try some speed painting with essentially just one base color over figures that were primed black.  I then used some washes to bring out the details and give the figures some depth.  The actual painting of the figures took longer than I anticipated.  I found trying to keep track of which piece of equipment was hanging from which strap a challenge in keeping the color consistent on a figure. 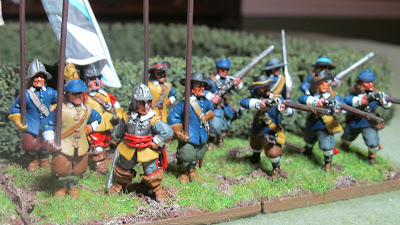 I cut 60mm x 60mm stands from wood purchased from the local Hobby Lobby.  The basing material is pumice which I let dry overnight before painting.  Using Citadel's old range of paints the base was painted with Scorched Brown and dry brushed with Bestial Brown followed by another dry brushing of Bone White.  Thin down some white glue, spread it around and then sprinkle some static grass and presto! 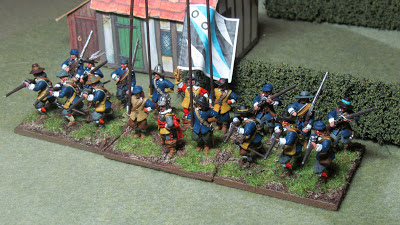 A New Period (sorta) to Game

Just a few preview pictures of my latest project:  The English Civil War. 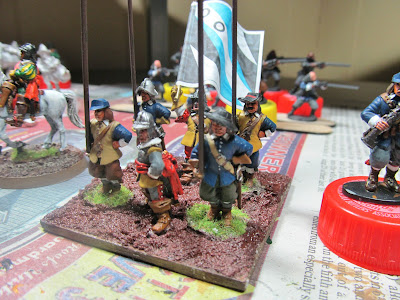 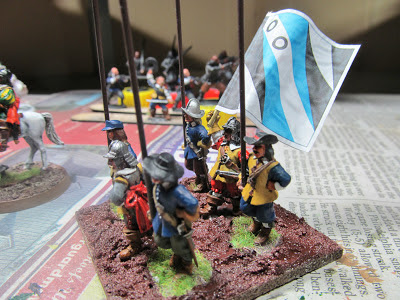 Decided on a different basing half way through 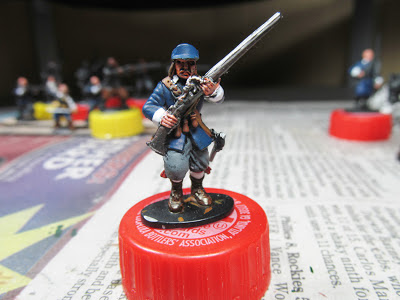 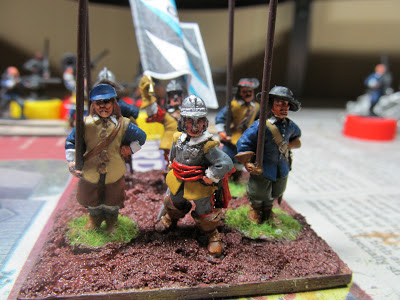 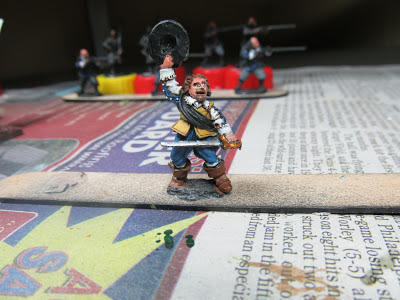 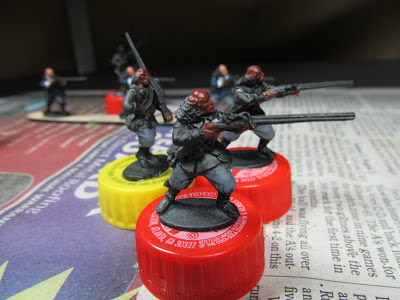 Klingons with muskets.  Plastic musketeers from Warlord without their headgear yet! 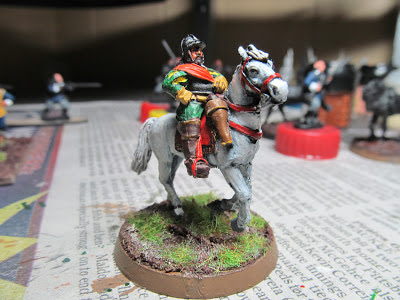 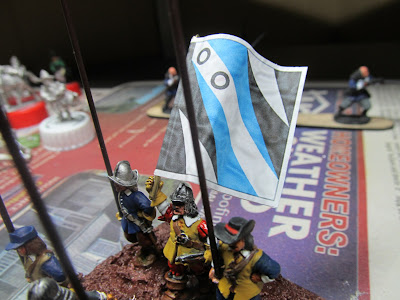 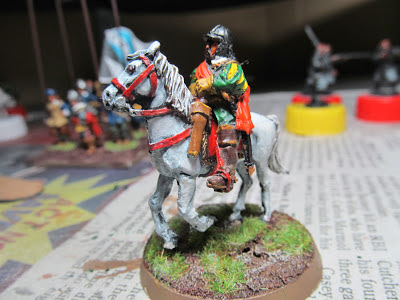