I finished the pike stand for the King's Lifeguard of Foote and the first Royalist brigade commander. With the English Civil War(s) infantry regiments I paint the pikes first.  I have found that the pike figures are easier to paint and with the officers and colors, it sets the tone for the whole regiment.  I am using Clarence Harrison's Victory Without Quarter as my rules and the units are element based; foot regiments usually have one pike stand and two musketeer stands to represent the unit.  So here are some pictures.  (After taking the pictures, I noticed I need to use my big, soft brush to wipe the dust off!) 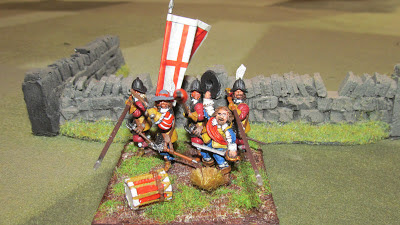 One thing I failed to do was add the drummer that I painted for the Lifeguard.  When I positioned the figures before gluing, I realized that the drummer would not fit on the stand with the "action" I was trying to portray. 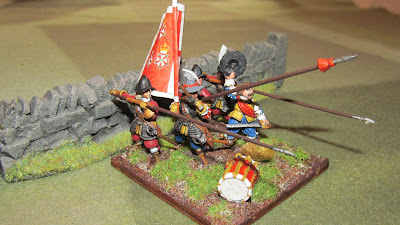 Instead, I added one of the extra drums I had from the Infantry command sprue from Warlord games as battlefield debris.  The drummer will "switch" coats as many did during the war and join another unit later.  Now it's time to finish the two musketeer stands. 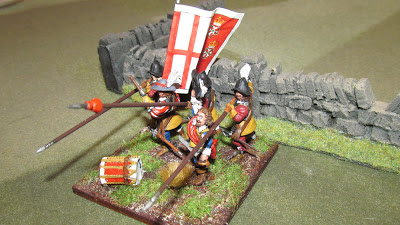 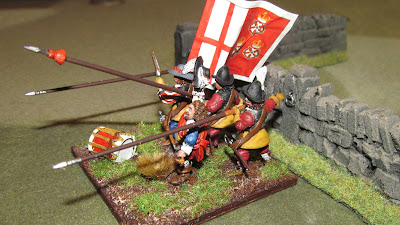 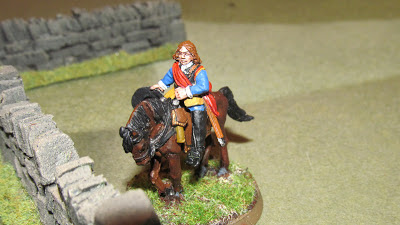 I like to come up with names for my Brigade commanders and have painted two so far.  Time for me to pick some names and post them later. 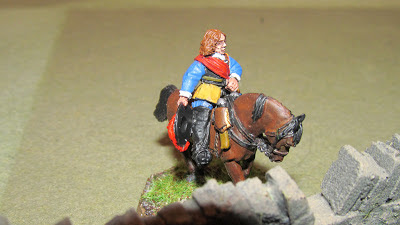 I forgot to mention that Colonel Jones' Greencoats have joined the ranks of Parliament: 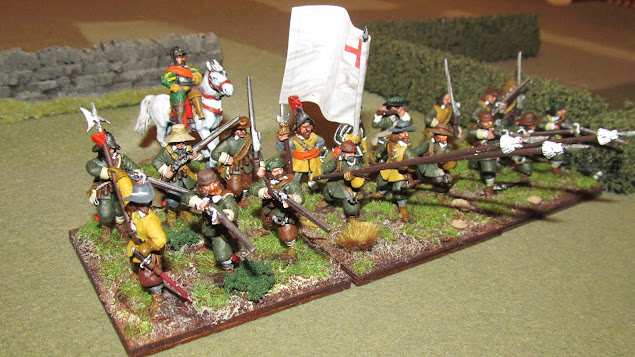 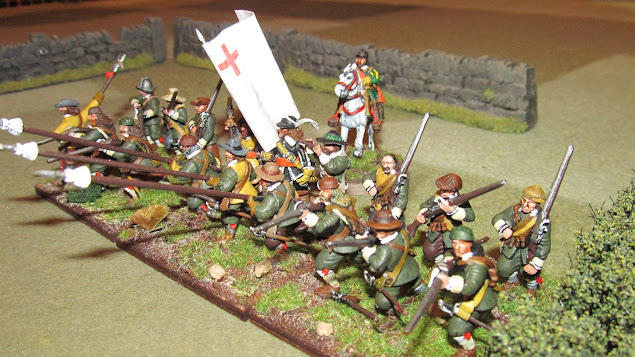 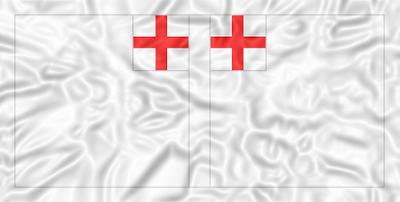 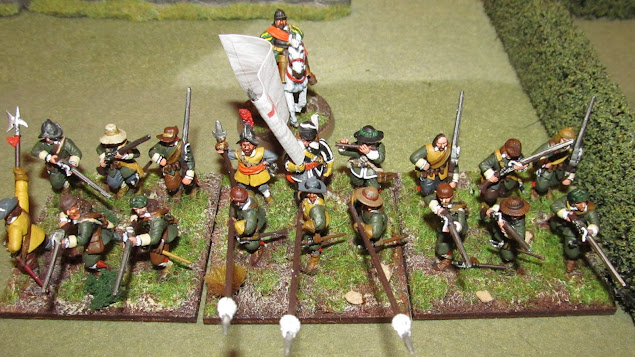 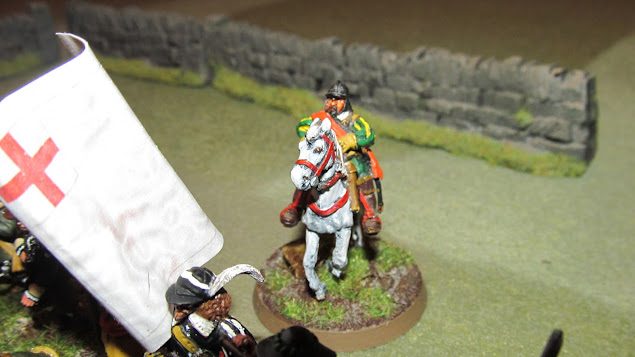 The flag is free to download from the excellent site Wargames Designs.  When I do the activation cards for Victory Without Quarter, I'm going to use the downloaded flag images.
Posted by Neil at June 07, 2013 2 comments: 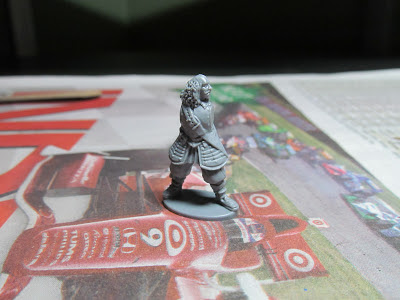 1. Start with the armored (that's armoured for my Commonwealth friends!) pikeman from the infantry sprue. 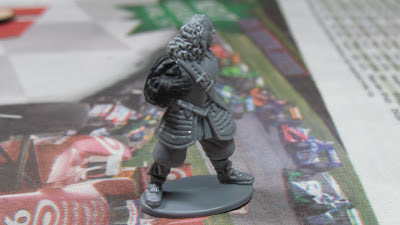 2.  Add the "bent at the elbow" arm from the command sprue. 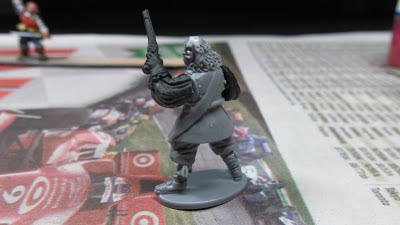 3.  Add the pistol arm from the command sprue to make him look ready to defend King and Realm. 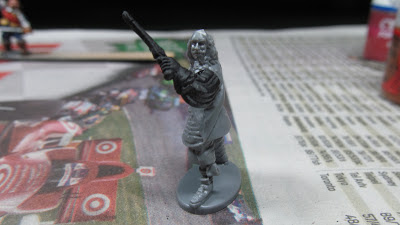 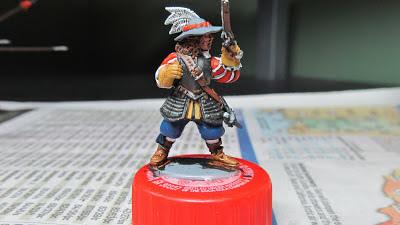 4. Here is the figure with the basic paint job with some washes applied.  I gave it one of the hats from the command sprue along with one of the officer swords.  The boxed set comes with many extras like feathers to individualize the figures so I gave our young officer some feathers to add an extra dash to his jaunty stance. 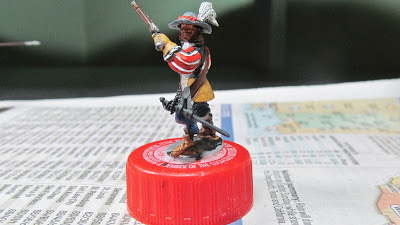 The ensign will be with the pike block which will consist of the figures below with either 6 or 7 figures on the stand. 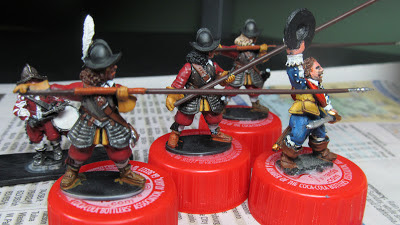 The armor is flat black dry brushed with GW's Boltgun Metal (I have no idea what the "new" name of the color is).  After drying I went over the armor with a brown wash. 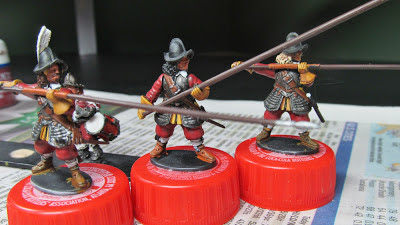 Along with the King's Lifeguard of Foote will be the first Brigade commander for the King's cause from Perry Miniatures. 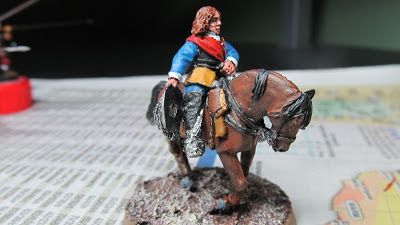 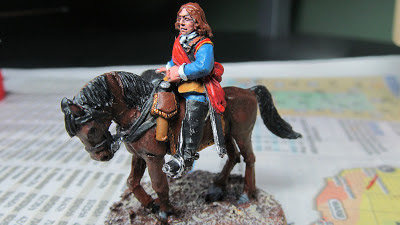 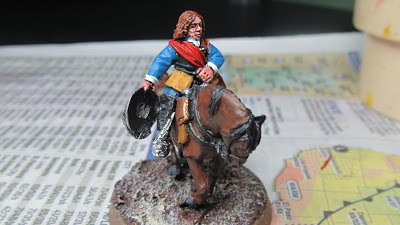