When I said “Warp 3 Mr. Sulu” I did not mean the bases for my English Civil War troops!

The other periods that I game 28mm in are Late Romans and the Napoleonic period.  For the Late Romans I play Warhammer Ancients (though I have recently discovered Dux Bellorum – more on that later in another post!) and for my Napoleonic forces I have been mounting them for Volley and Bayonet.  With these forces, I have cut my own wood bases out of poplar from the local DIY store that are 5mm thick. 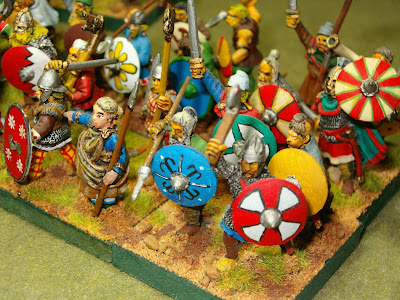 For my English Civil War troops I wanted to use a thinner bases that were compatible with bases producer by Games Workshop.  I purchased what I believe was pine which is 3mm from the local hobby store.  Last night I noticed that the poor pikemen of Samuel Jones’ Regiment were performing a balancing act while trying to stay in formation.  My gut feel is that the spray paint probably warped the bases. 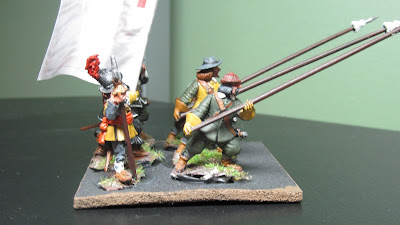 Then a chill ran up my spine.  I better check out Prince Rupert’s Regiment since they were complete.

The Major General in charge of both forces of the conflict has decided that this situation for mustering the men is unacceptable.  With approval from the Royal Treasury and Parliament, and order for bases has been placed with Litko Game Accessories,Ltd.  I look forward to receiving them as I have never tried them before and will hopefully have the rest of Jones’ Regiment painted before they arrive.
Posted by Neil at April 23, 2013 2 comments:

Yea!  The stitches are out of my painting hand.  My hand is still a little sore but I should be able to get back to finishing Samuel Jones' Regiment for the ECW pretty soon.

As a diversion the other night, I did what most grown men do:  I got out some of the troops and took some pictures.  The following are Honorable Son #4's Late War British Army for World War II.  He painted the tanks and vehicles and I did the men.  All are from Battle Honors for Flames of War. 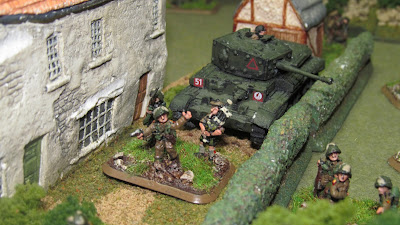 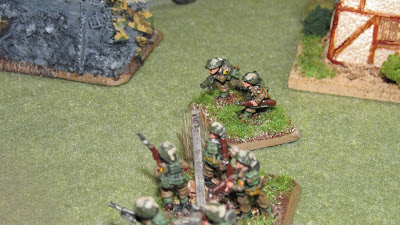 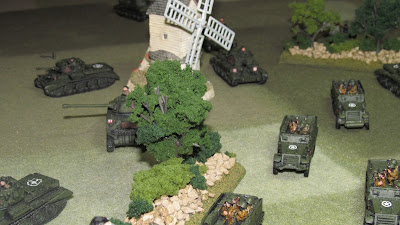 Tanks and infantry in M5 half-tracks 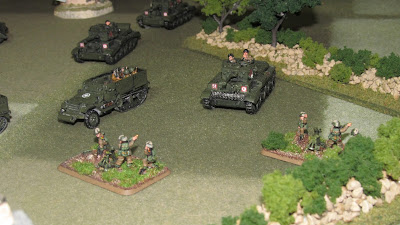 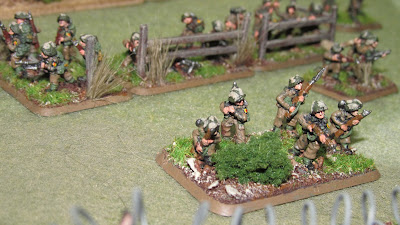 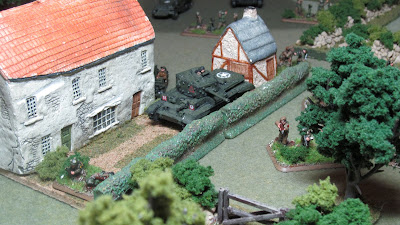 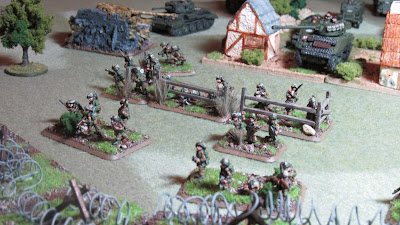 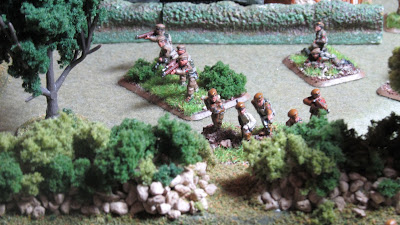 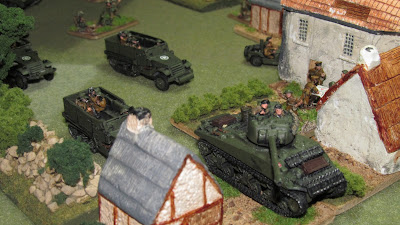 Watching the other flank 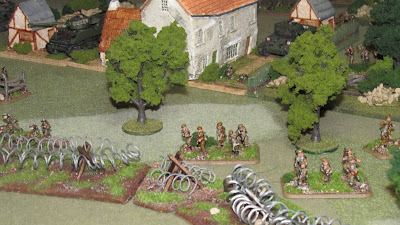 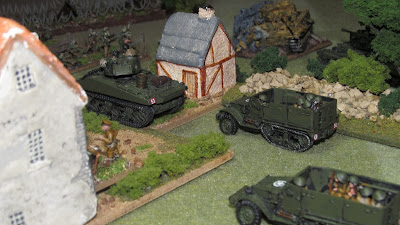 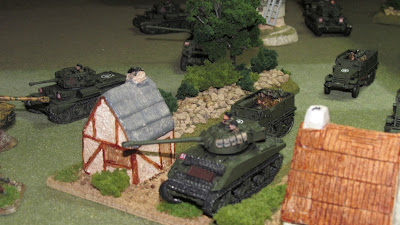 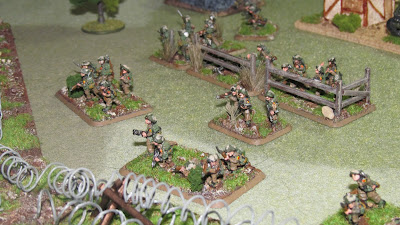 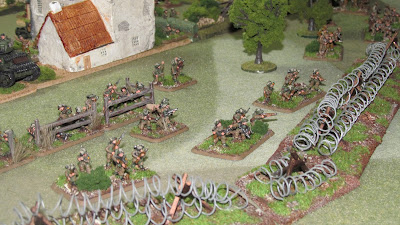 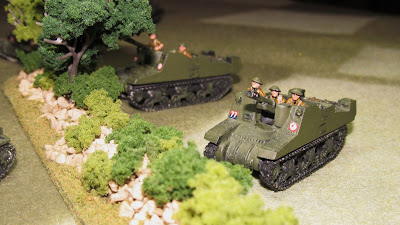 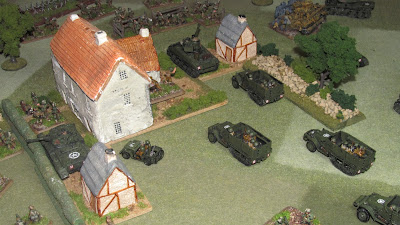 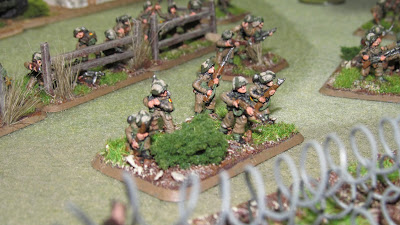 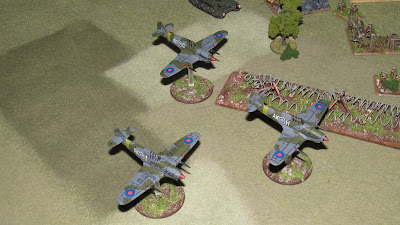 Rules for the English Civil War: Victory Without Quarter

I'm taking a pause from painting . . . nothing like getting 5 stitches in the palm of your painting hand to slow down the mustering of the troops.  It did involve a coffee cup and that's all I'm saying!  On the other, I am almost done with my new hobby area in the house.  Thank you to the love of my life for the last 27 years - even if you still refer to them as my toys!

If you are working a new army project, you definitely need a set of rules if you are going to play . . . ummm . . . I mean game with them on the tabletop.  As mentioned previously, this is not my first foray into gaming the period of the English Civil War so I am familiar with some of the rules that are out there.  What totally surprised me, as I was researching and organizing the troops to be painted, I discovered the perfect set of rules for what I want to do with my ECW project in 28 mm.  Even better the set of rules only cost the price of printer paper and ink.  I am referring to the free PDF set of rules titled Victory Without Quarter, by Clarence Henderson of Quindia Studios.  The rules are 14 pages!  The guy can paint too.

Victory Without Quarter is a card driven, element based, Warmaster/Blackpowder kind of game.  Clarence clearly states that he has liberally used ideas from various sources in his rules to create a game he would enjoy playing that was not too complicated yet realistically portrays the challenges and outcomes of this pivotal period of military history.  Having play tested the rules with cut-out card board bases I heartily concur that these are the rules for me.  Most infantry regiments are generically based with two stands of musketeers and one stand of pikes based as "elements" on 60 x 60mm bases. Aesthetically this looks really good on the dining room battlefield and looks right to me.  Cavalry are organized as troops with two stands 80 x 60 mm bases that can be combined into cavalry regiments.  The rules give basing sizes for the other common units and some ideas for units that different ratios of pike to shot. 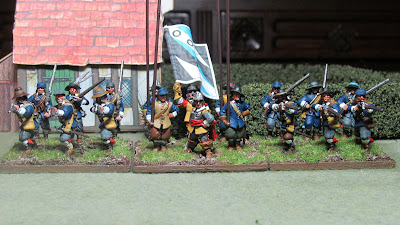 Rupert's Regiment of Foot organized for Victory Without Quarter

Movement, firing and decisions are made for units come from the order deck when their "card" is drawn.  Firing and melee are handled in a manner similar to Warmaster as is the way for keeping track of casualties.  Markers or single figures are used to keep track of casualties and units are removed once the casualty markers equals the amount of stands in a unit.  I love keeping those figures I have spent time painting staying on the table a bit longer. 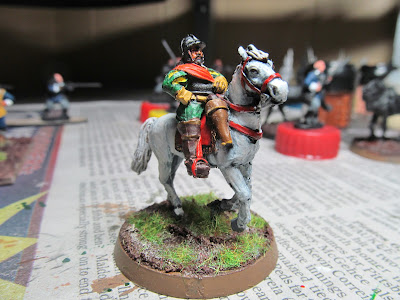 Commanders, when their cards are drawn, can give additional orders to units.  The Turn over card, when drawn, can end the turn early and adds an element of uncertainty to events during the battle. There are optional rules for Artillery Train Guards, Life Guards, Commanded shot, Maddening Subordinates and Events that can be added to the order deck. I still thinking on some ideas for adding the ECW marksman I painted to the game. 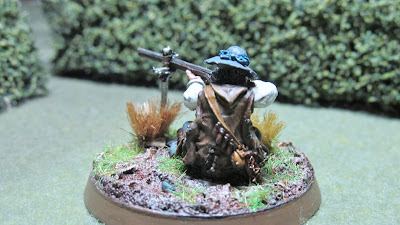 Maybe the Marksman adds and + 1 or and extra die to fire combat?

Another thing I like, with the command rules, the game easily allows multiple players on each side as the order deck drives the decision of events on the table and keeps all players on both sides actively engaged in the battle.  I can't praise these rules enough, fast play, satisfactory results, edge of your seat play and fun, fun, fun.  Did I mention that they are free too?