This years (2016) Santa for my parents is North Star's Pulp era Santa.  You better not be on his naughty list or trying to stop him from delivering presents! 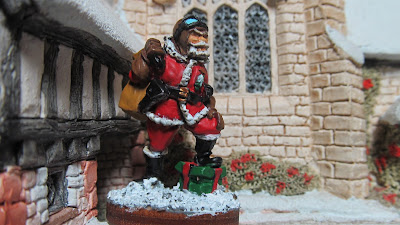 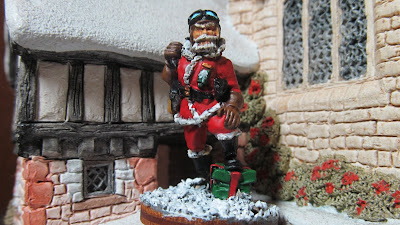 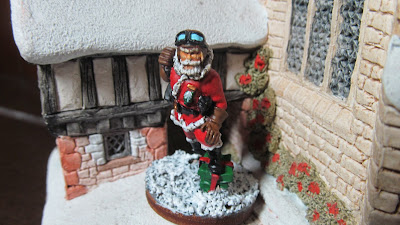 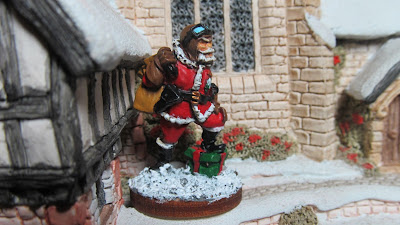 John Clayton, Viscount Greystoke, better known as Tarzan of the Apes, raised in the African jungle by the Mangani great apes is greatly feared and admired throughout the world in the late 19th and early 20th century. 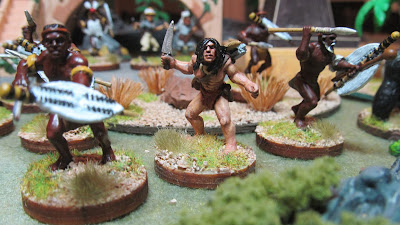 As a young adult, Tarzan meets a young American woman, Jane Porter. When Jane returns to the United States, Tarzan leaves the jungle in search of her, his one true love. After many adventures Tarzan and Jane marry and move back and forth between England and Africa. Tarzan becomes contemptuous of what he sees as the hypocrisy of civilization, and he and Jane return to Africa, making their home on an extensive estate that becomes a base for Tarzan's adventures. 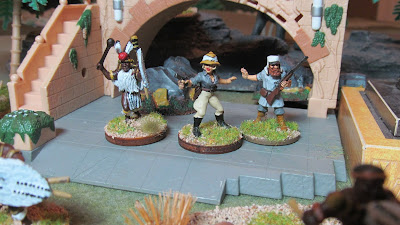 Chief Busuli of the Waziri, Jane Porter and Lieutenant D'Arnot.

Rules for including Tarzan in the world of In Her Majesty's Name can be found at The Ministry of Gentlemanly Warfare. 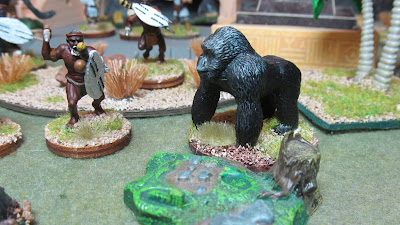 One of the Mangani great apes. 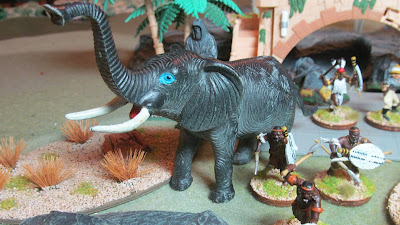 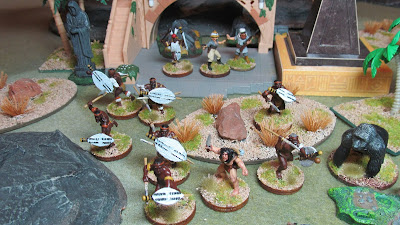 Tarzan and his allies protecting the lost city of Opar. 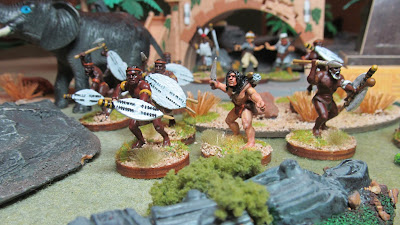 The Tarzan figure is by Wargames Foundry as is the figure portraying D'Arnot.  Jane is from Copplestone Castings and the Waziri are hard plastic Zulu figures from Warlord Games.  The great ape and elephant are both plastic toys I purchased in a set of African animal toys.
Posted by Neil at January 03, 2017 2 comments: