After much delay I have finally finished the 1st Battalion, Gordon Highlanders from Perry Miniatures.  Much of the inspiration of the painting and basing comes from the blog Lonely Gamers.  Bases are plastic 40mm x 40mm from Games Workshop.  The sand is model railroad sand and the static grass is from Gale Force Nine.

The Gordon Highlanders were one of the British Army's most celebrated regiments. It was the local regiment of the North East of Scotland, first raised in 1794 by the Duke of Gordon who was assisted by the Duchess. It was said she offered a kiss as an incentive to join up. 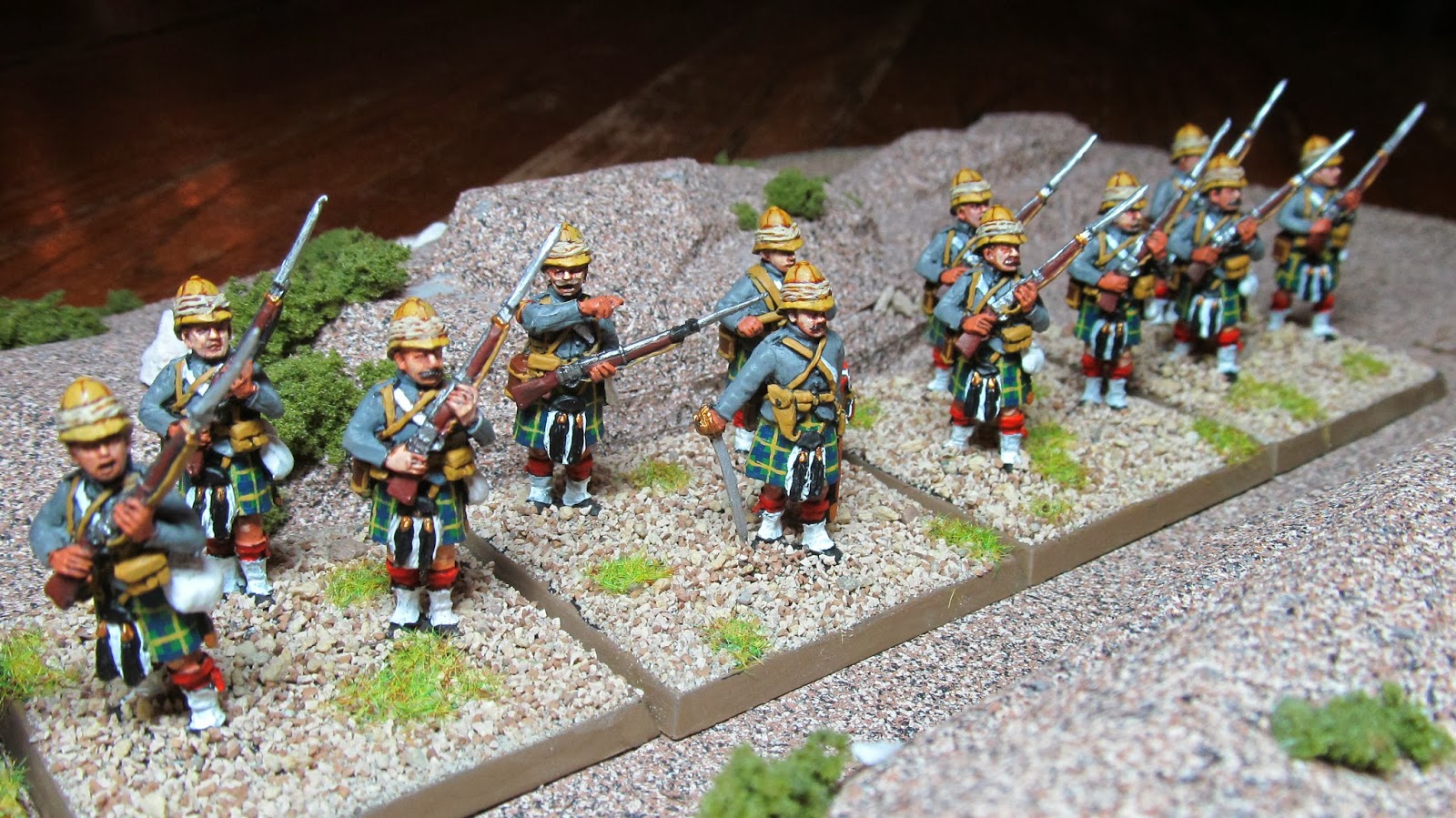 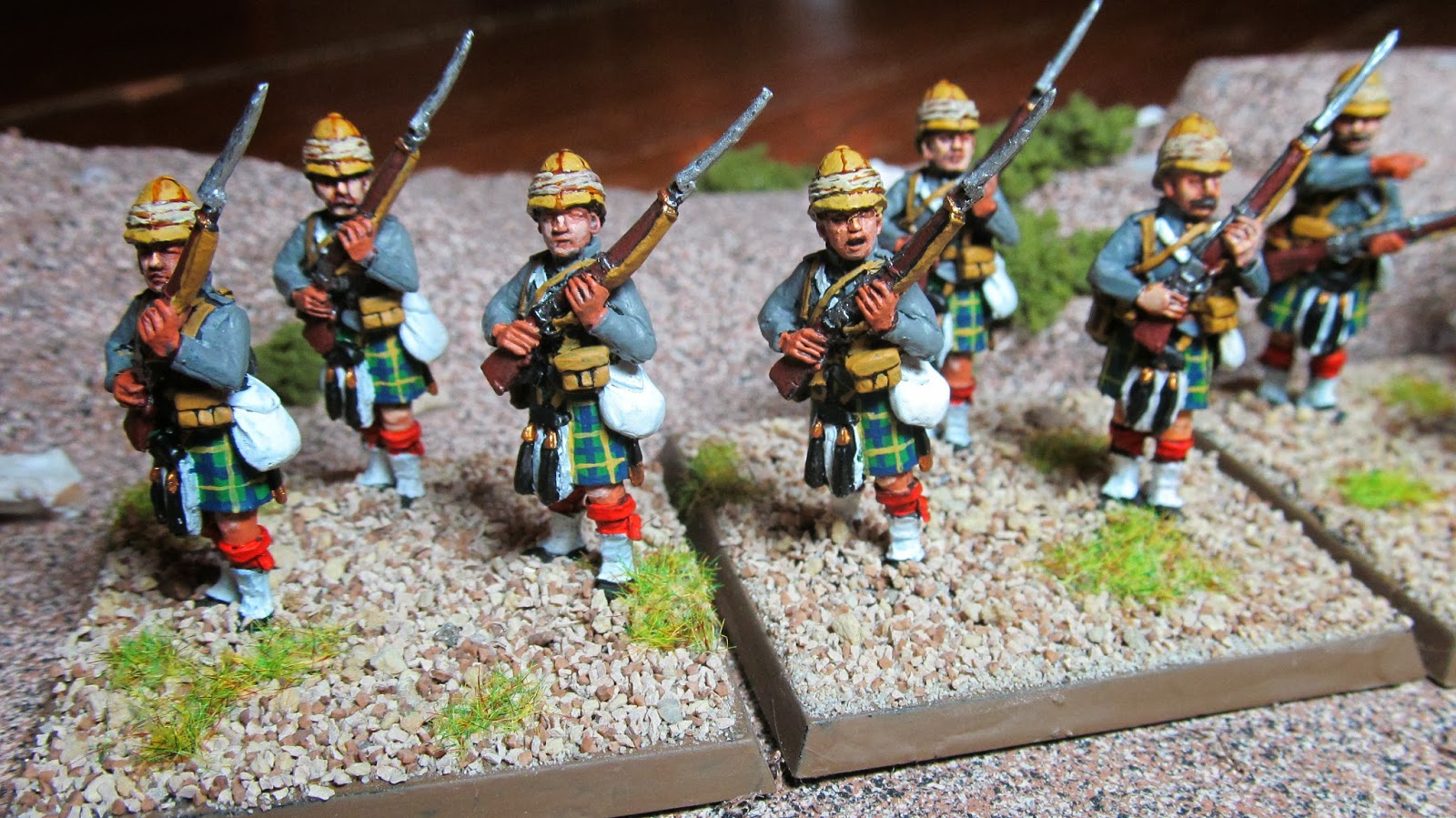 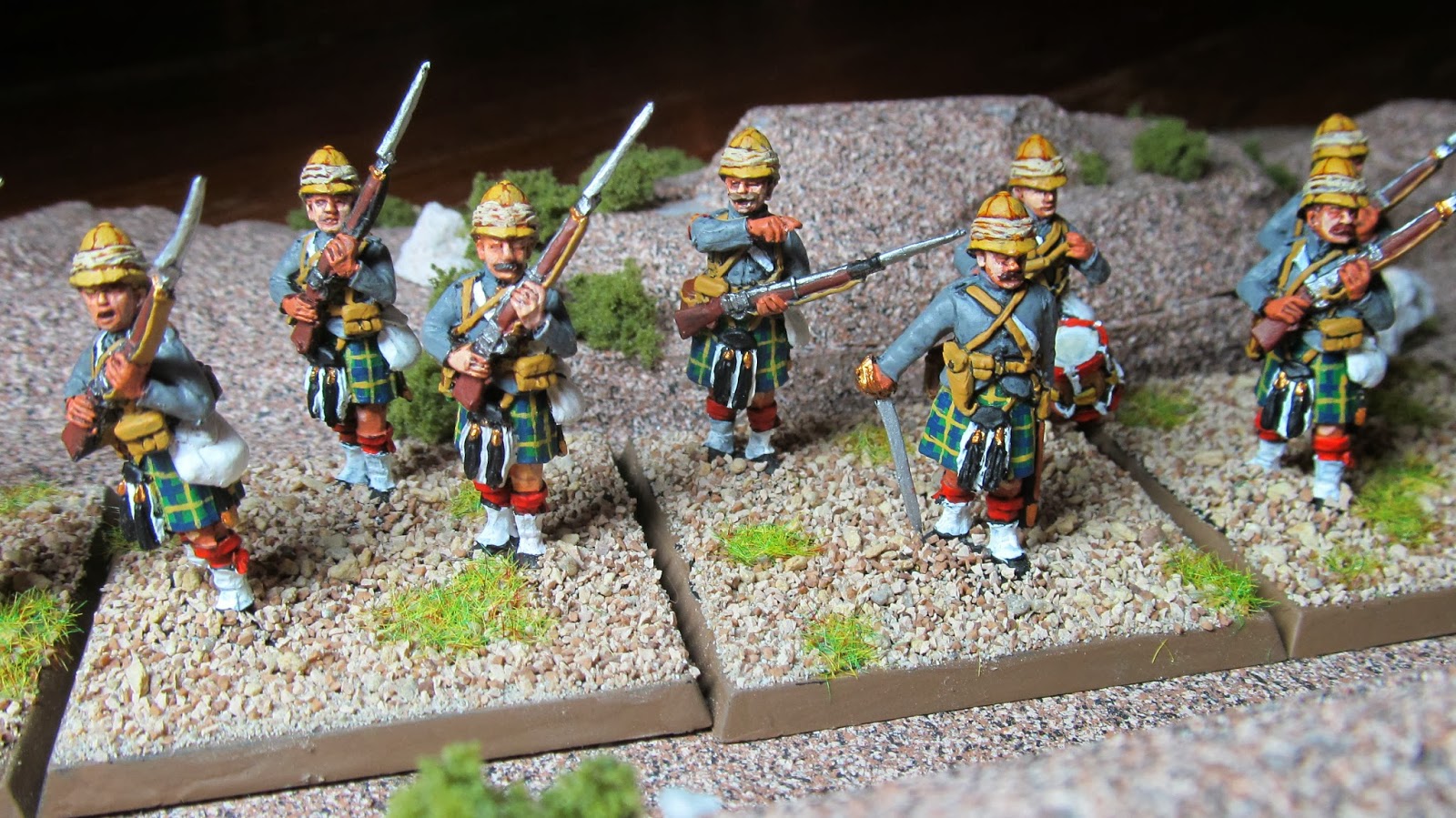 Always known as the Gordon Highlanders, the Regiment was officially designated the 100th Regiment of foot, becoming in 1798 the 92nd Regiment of foot; the numbering with which it has since been associated. 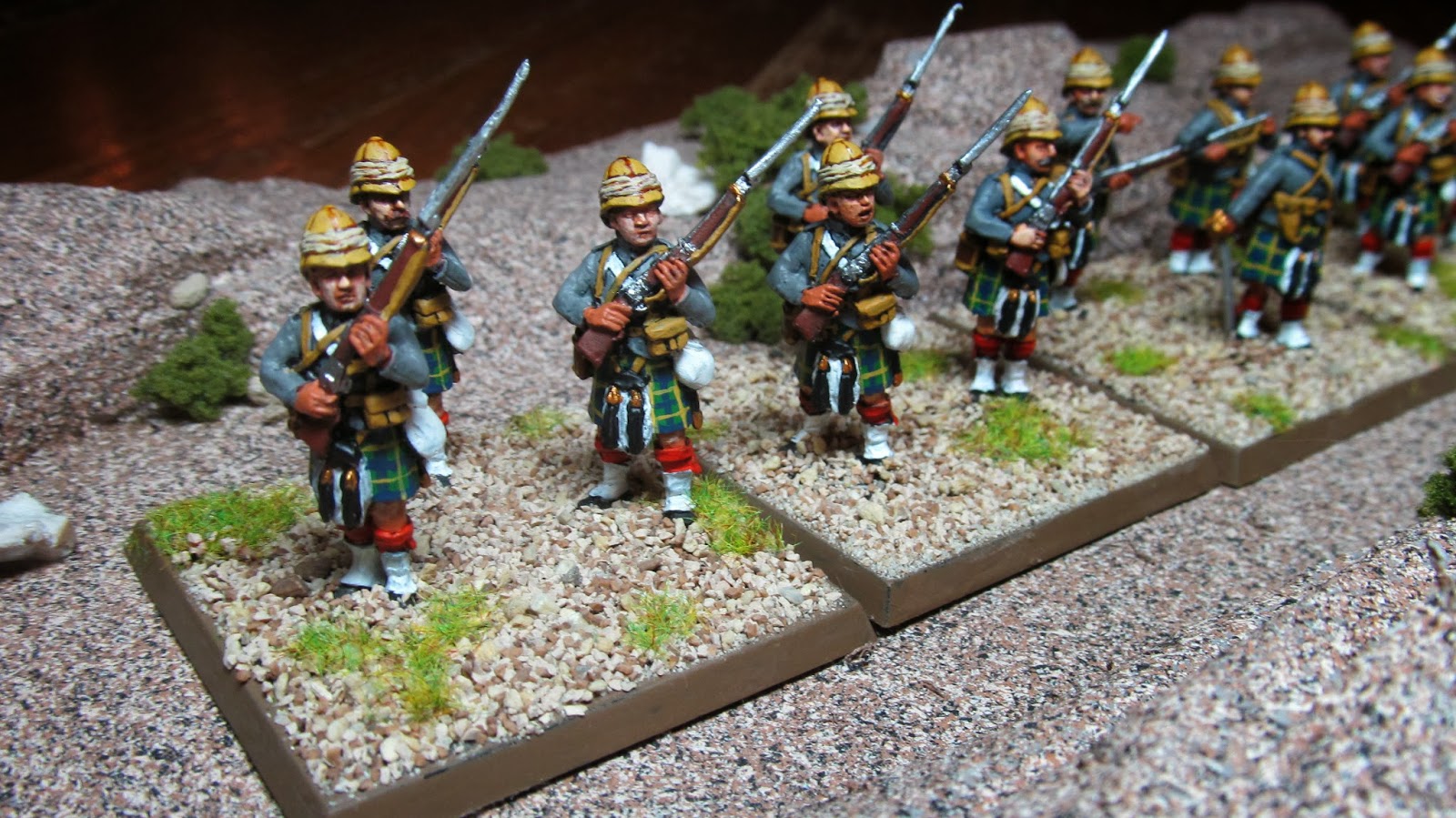 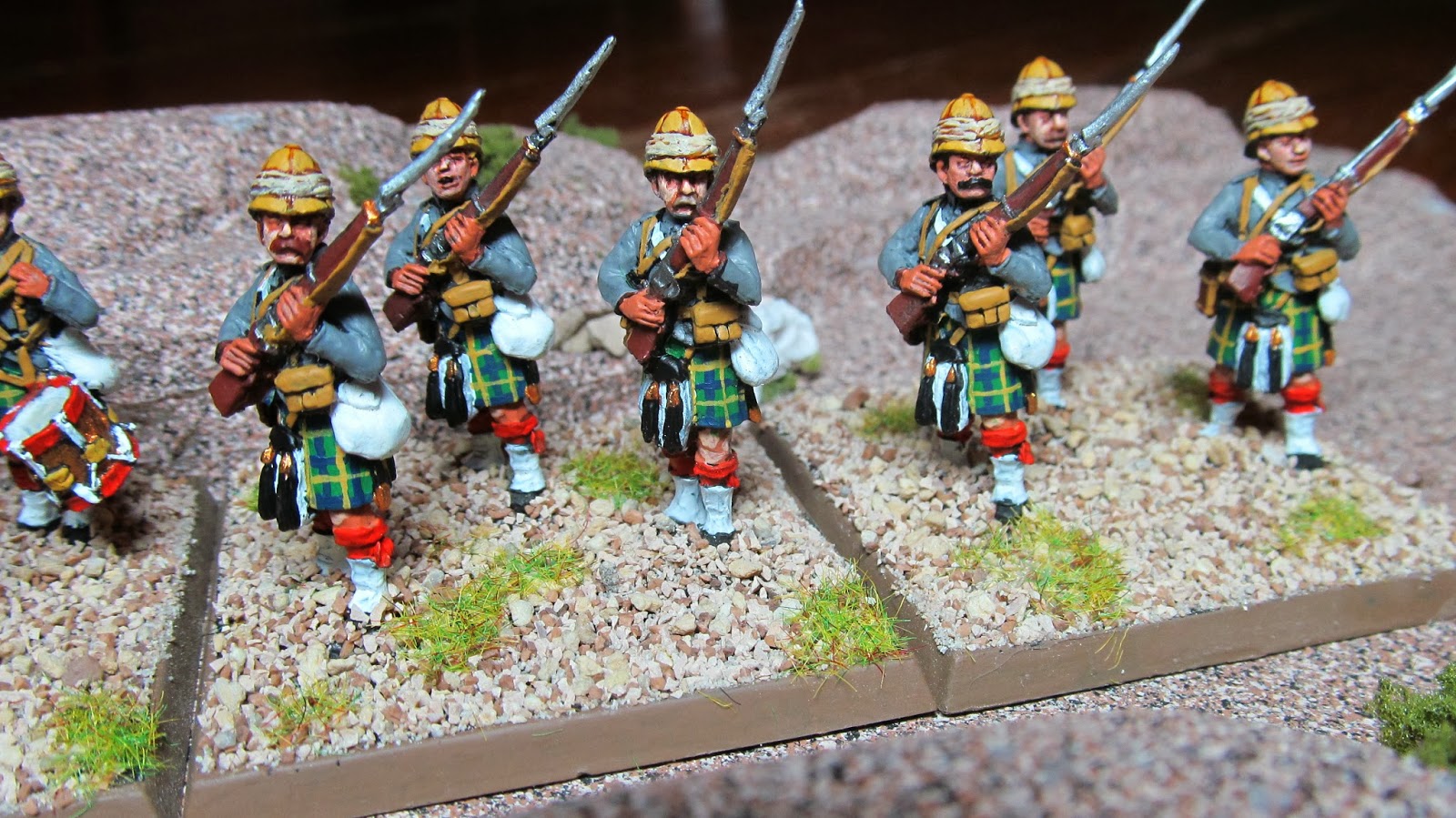 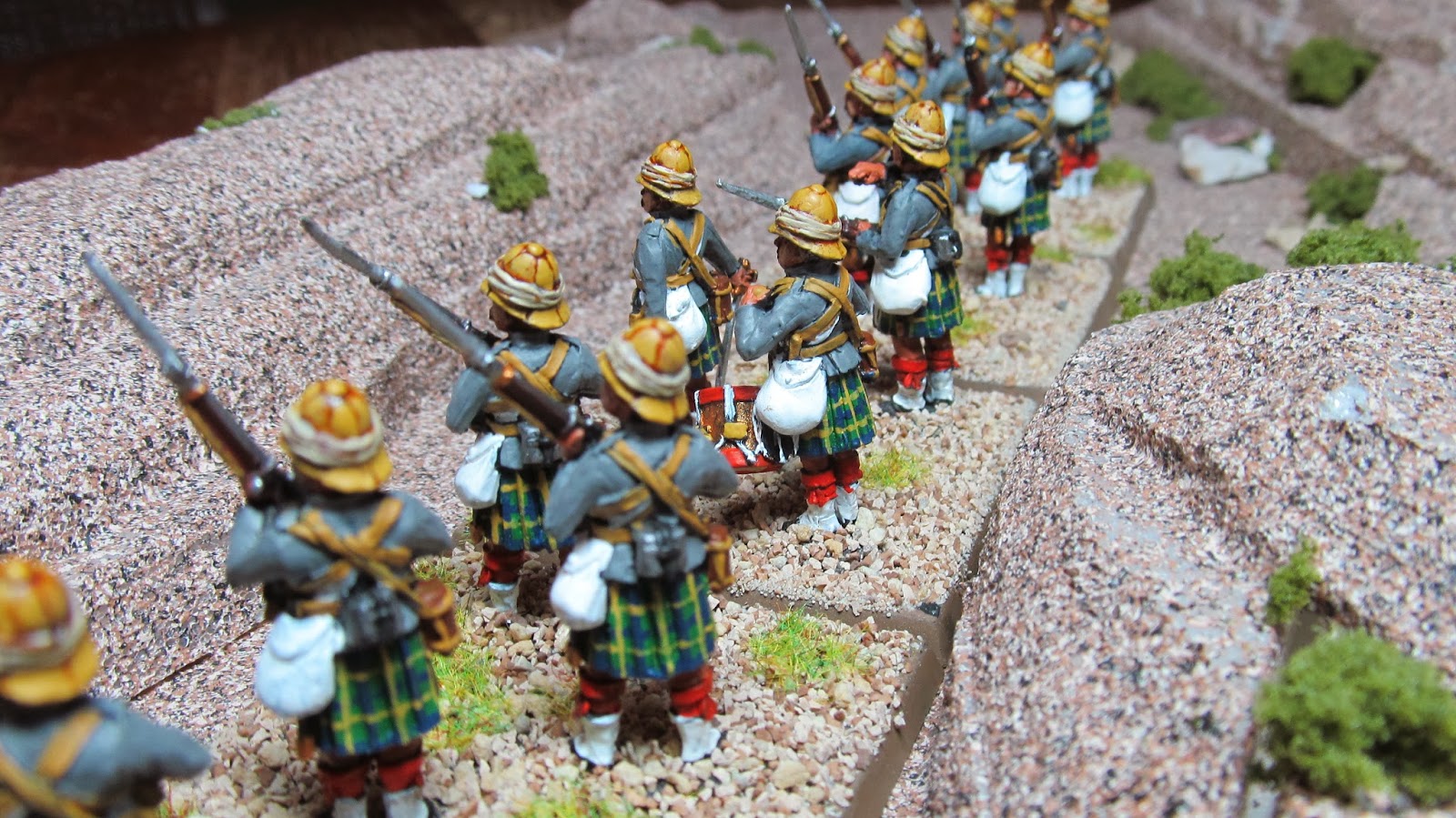 The 1st battalion of the Gordons was sent to Sudan, and was issued grey wool jackets, which were worn throughout the campaign.  This was the uniform worn by the Gordons at the Battles of El Teb, and Tamai in 1884. 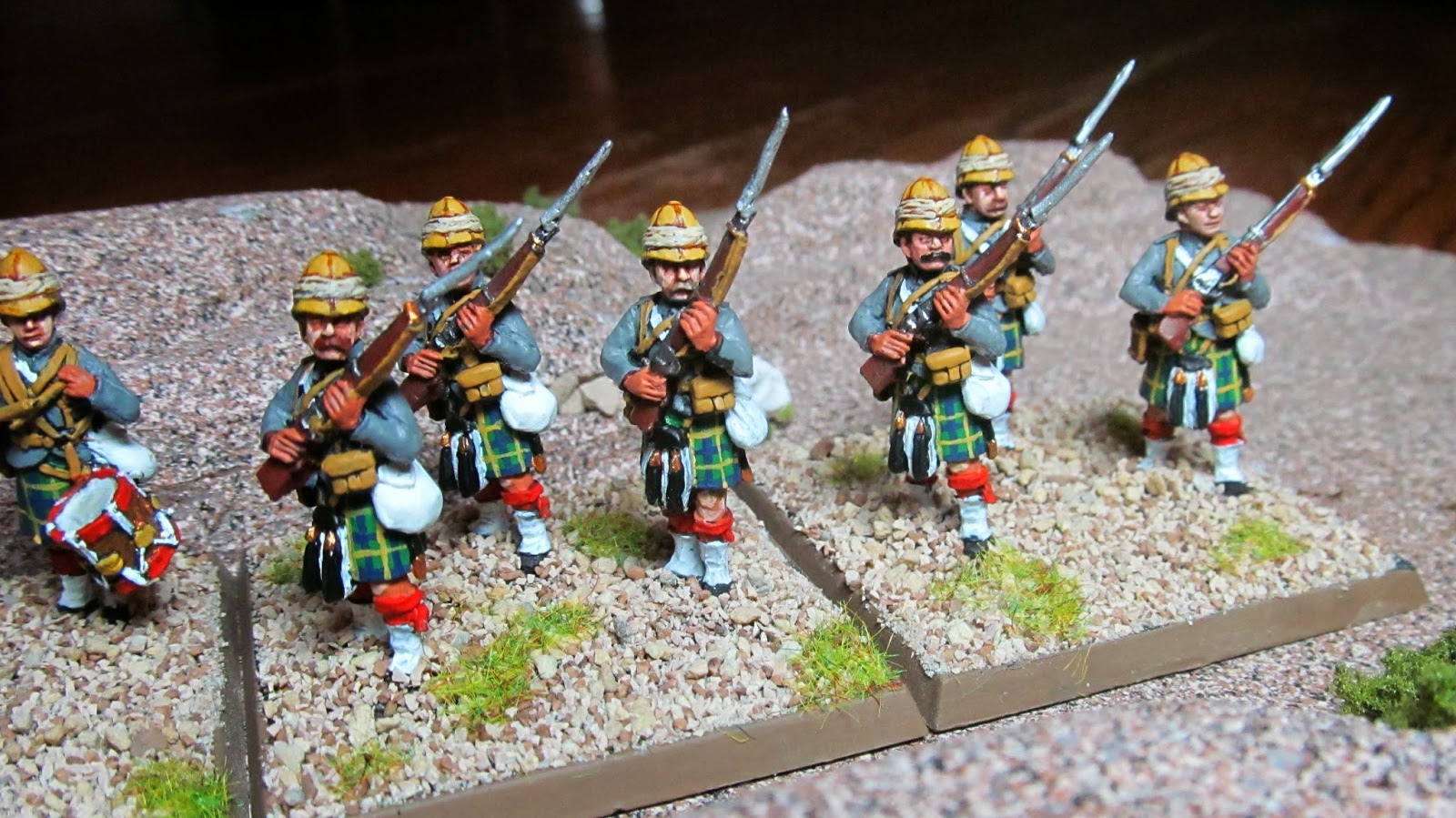 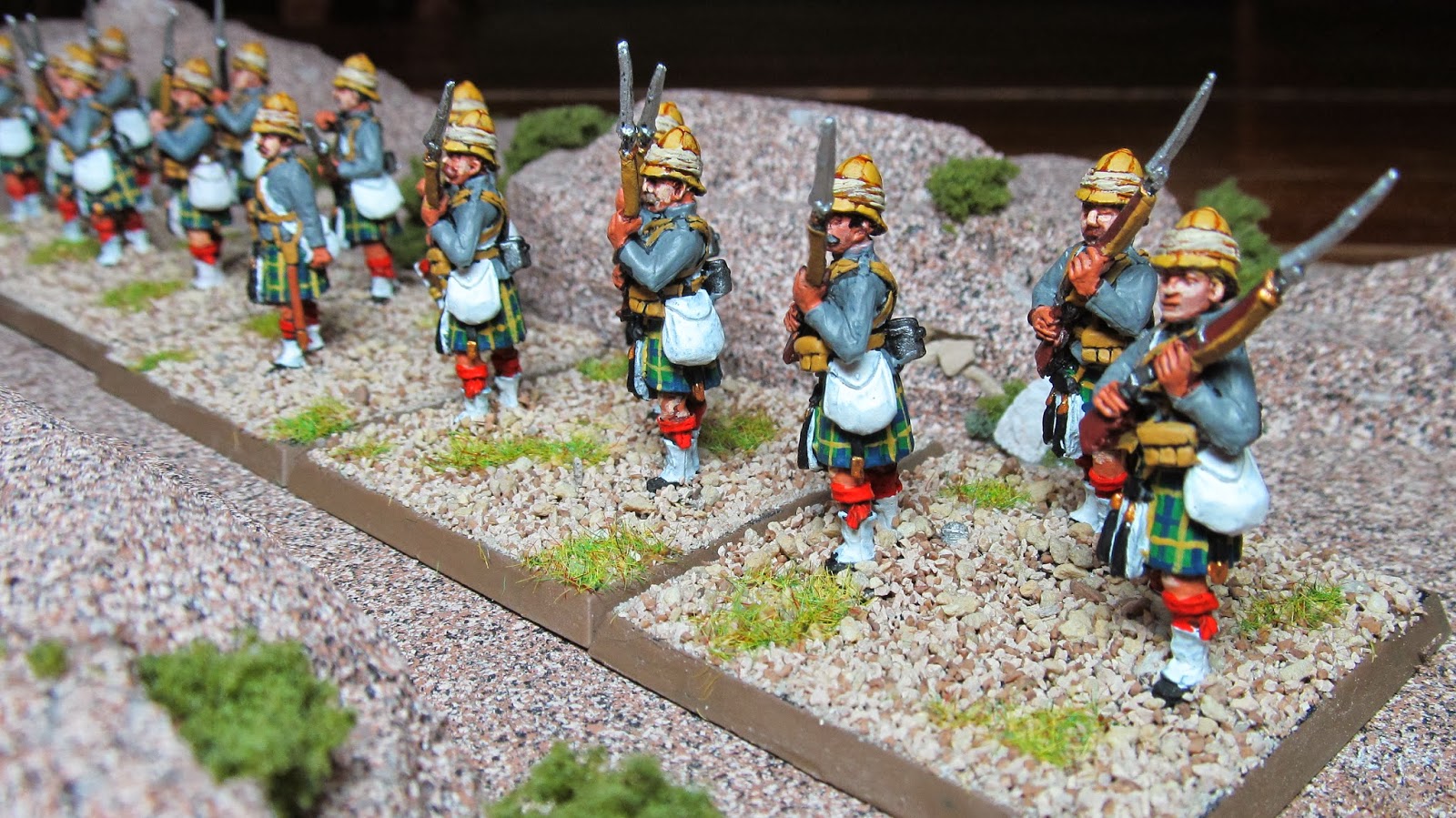 There were seven companies at Tamai, and they formed the left side and front corner of General Buller's square. Their "machine -like" volleys of gun fire were one of the main reasons that the pressure was relieved on the second British square which had been broken by the Dervish onslaught. 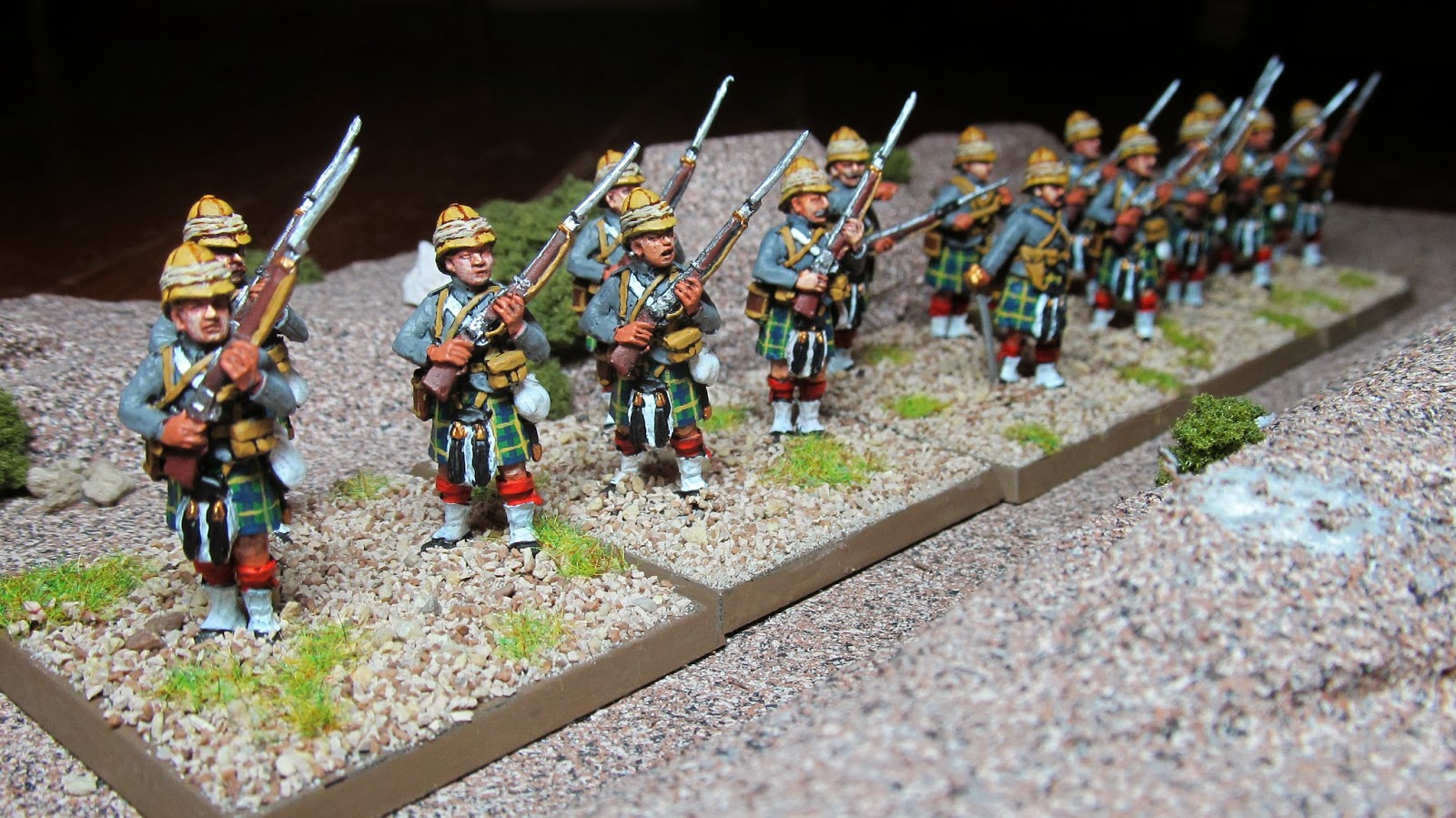 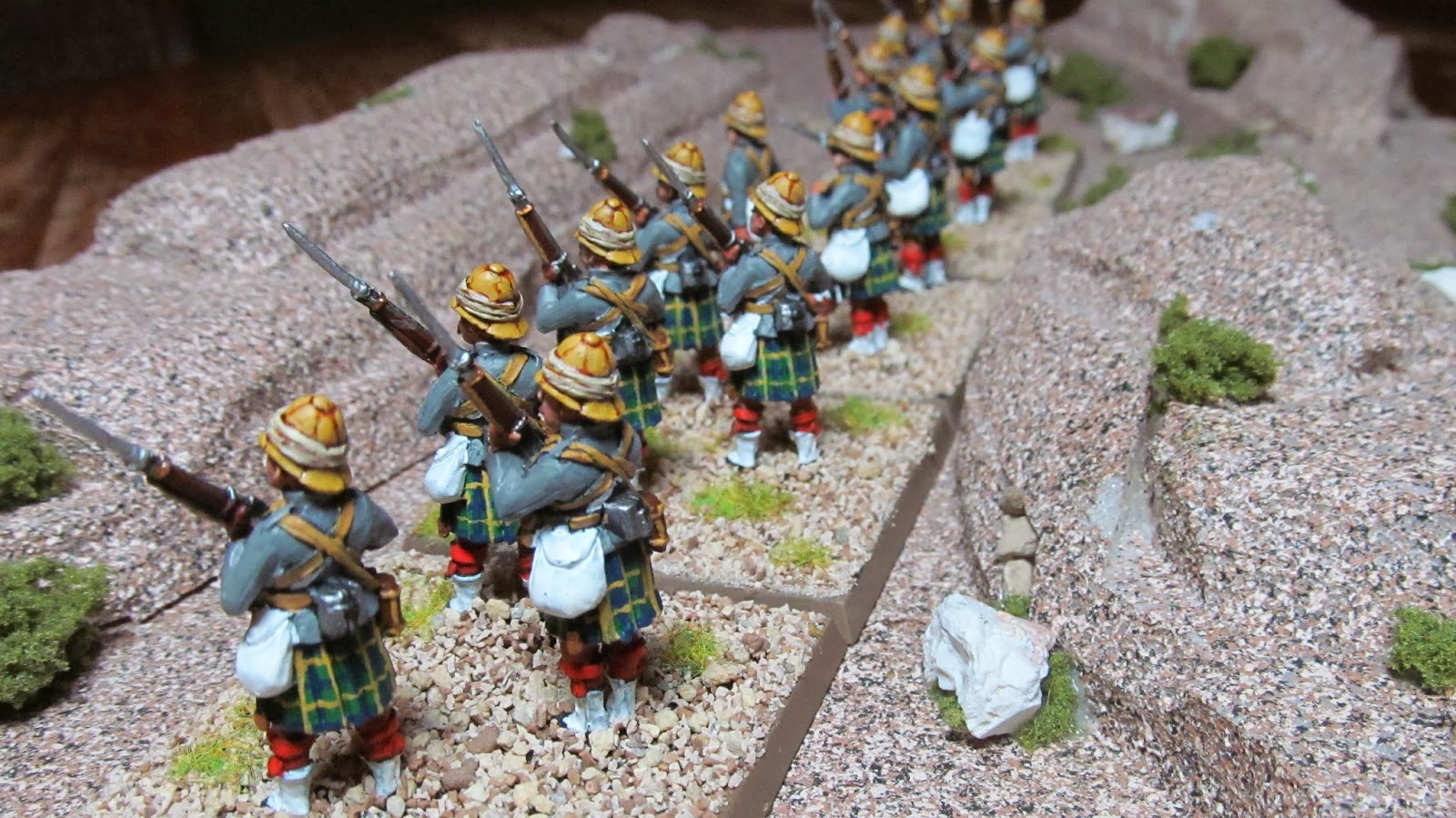 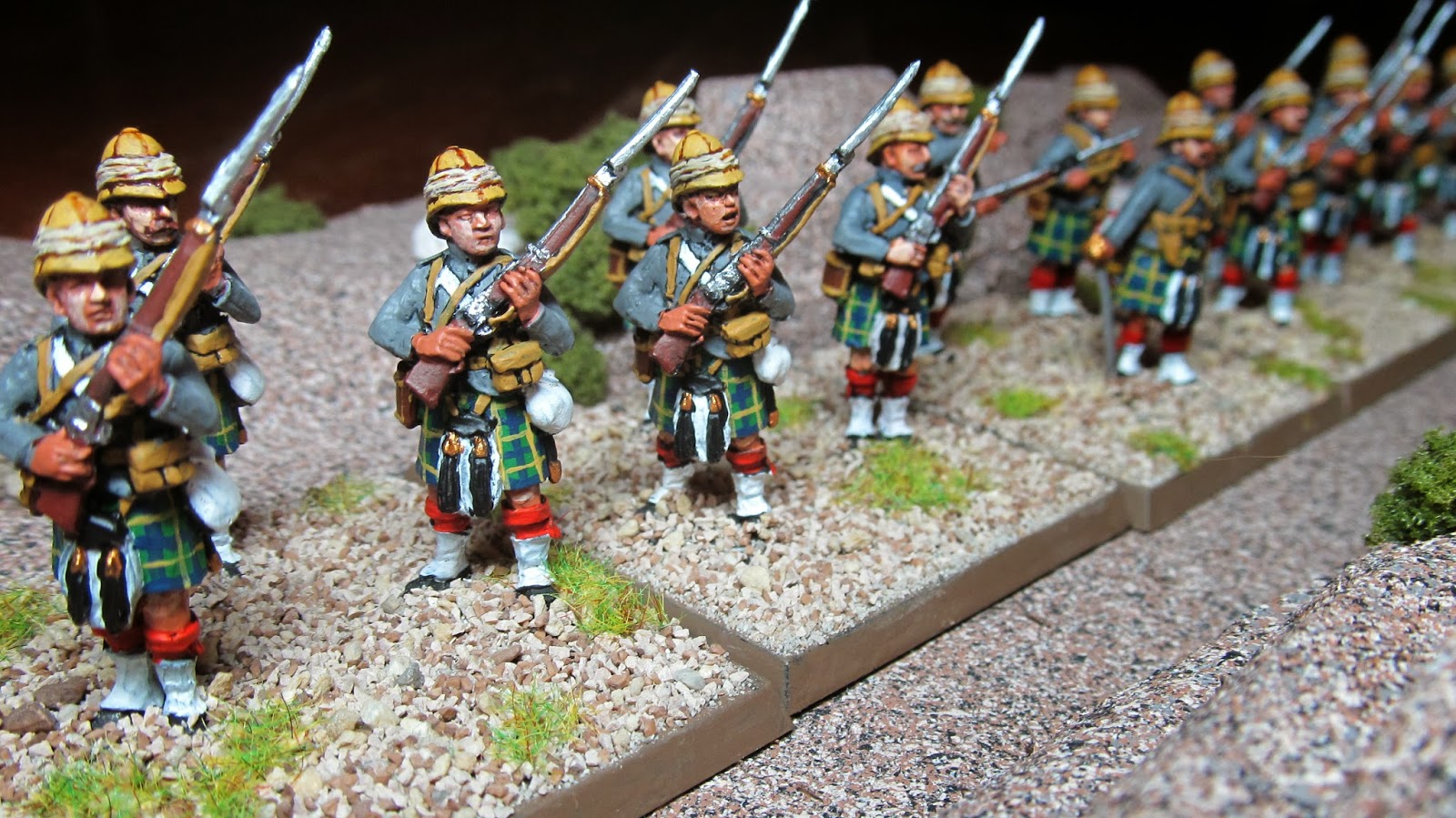 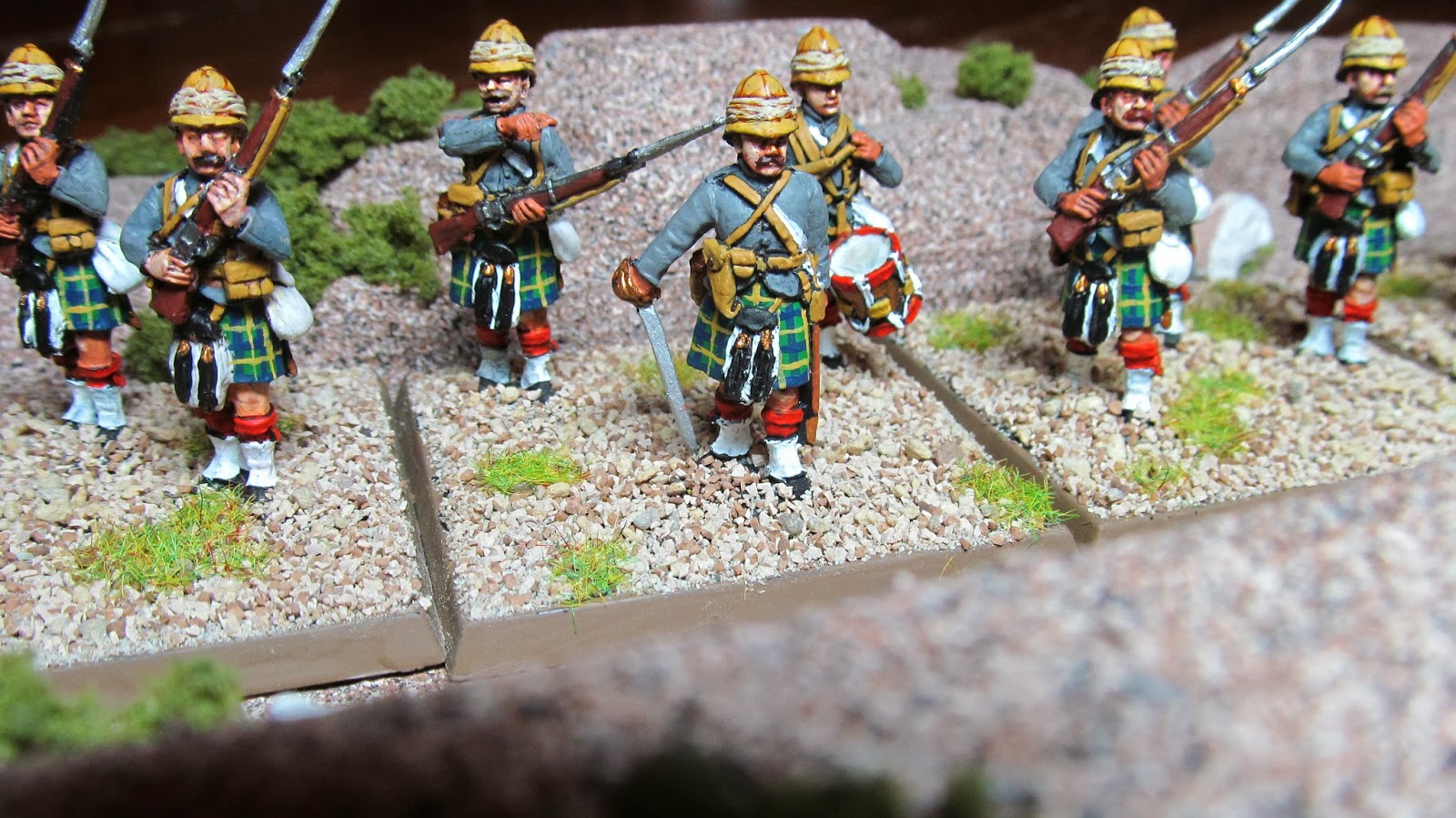 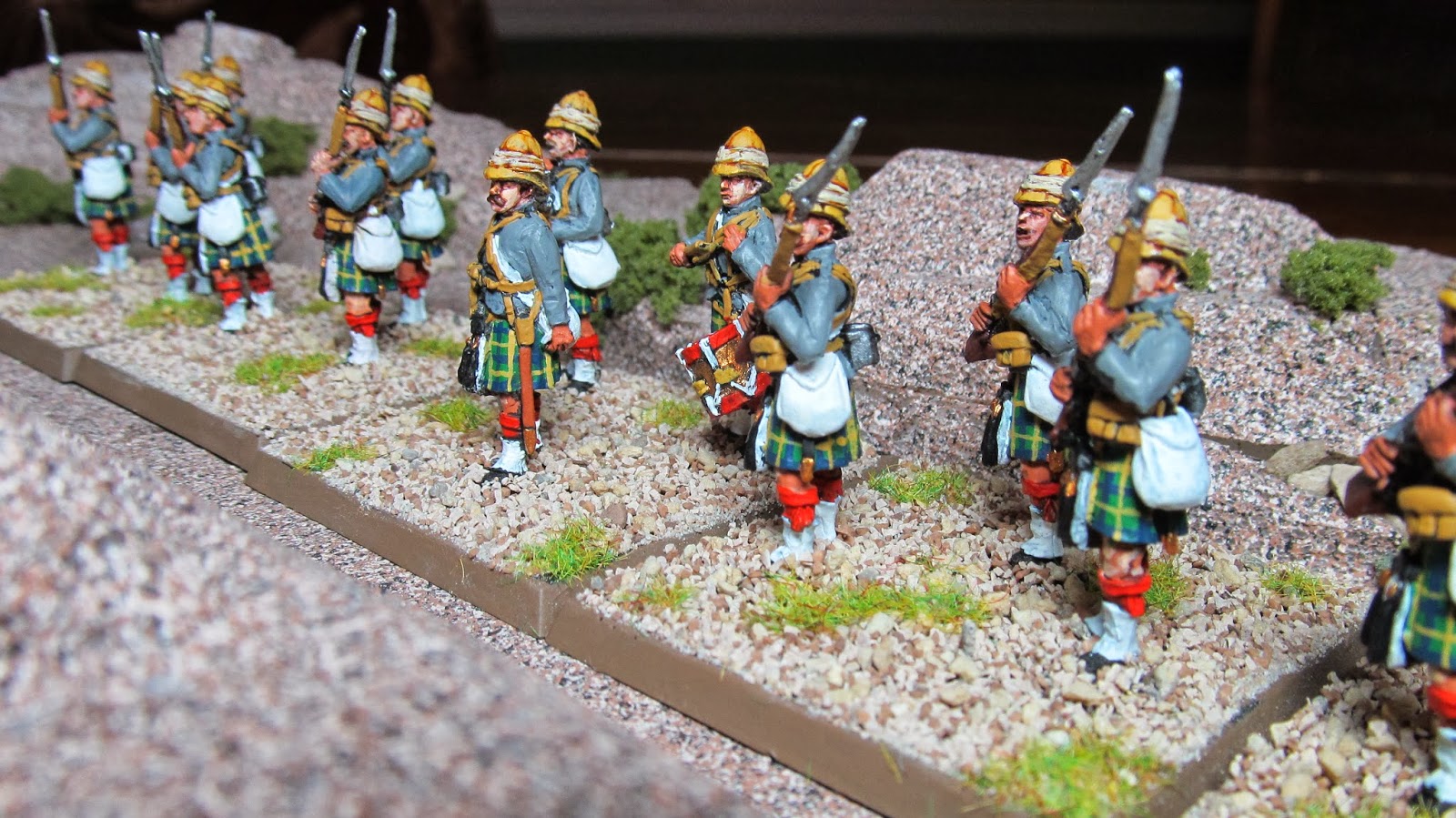 At the close of 1885 the regiment returned to Egypt for a rest and was then reassigned to duty at Malta. 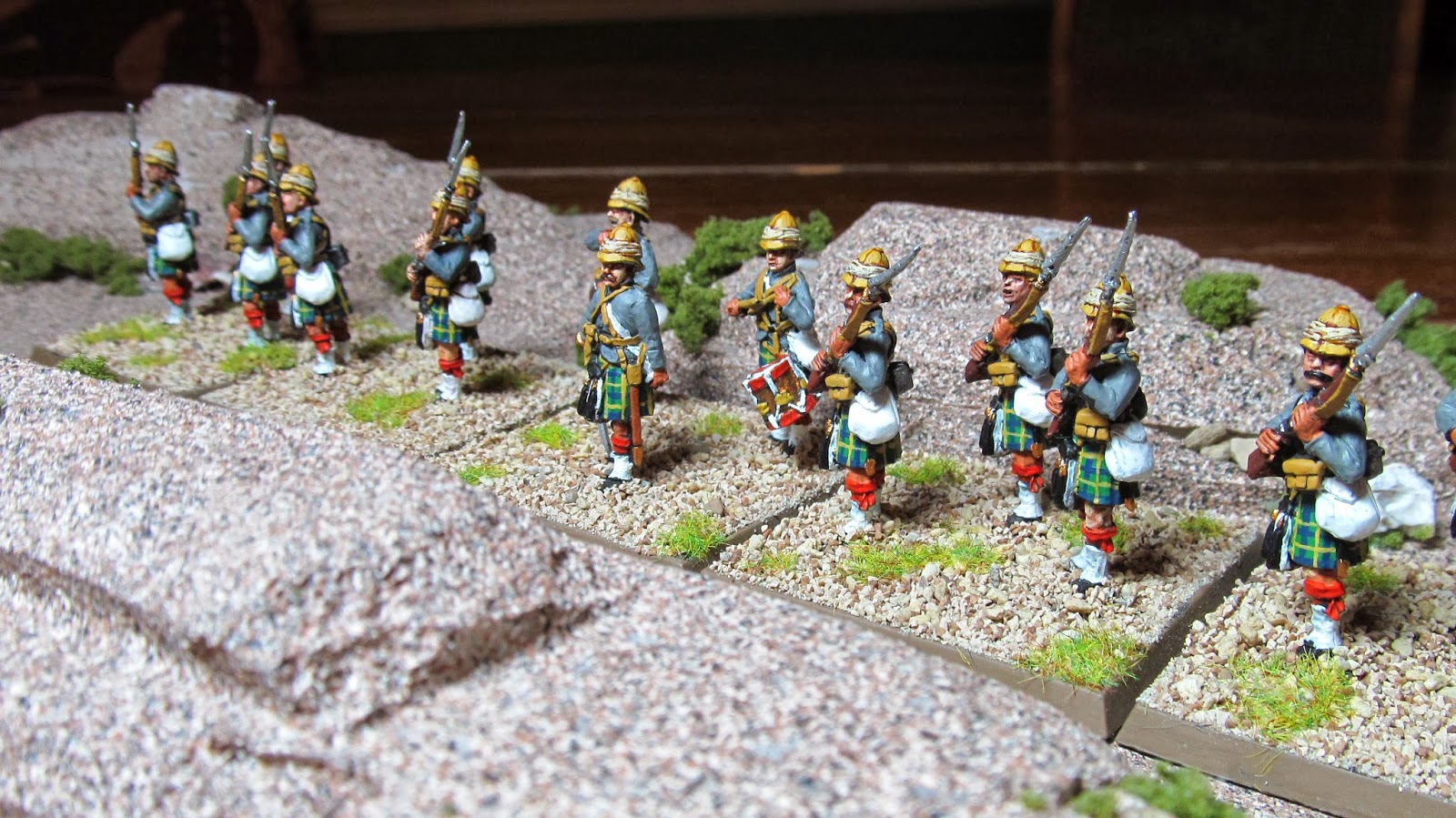