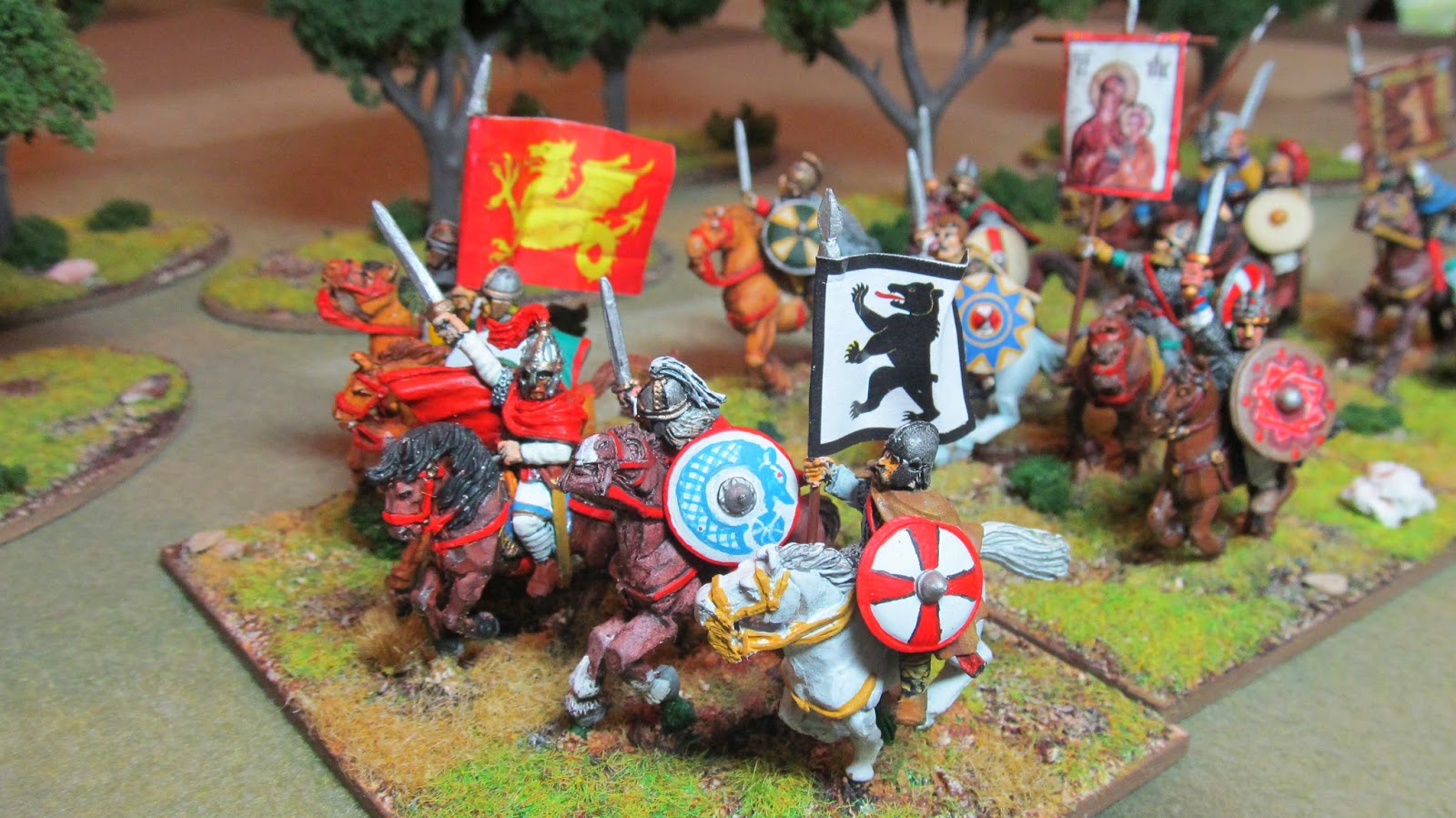 First of all since I am not working in an academic environment I will steal a good idea in a heartbeat; I'll give credit but steal it non the less.  Before I go any further I must point out as I build my Dux Bellorum forces how inspirational the following blogs have been:  Paul Scrivens-Smith at the site Scrivsland and Steve Jones at Steve's Paintingshed.  In fact Steve has an excellent Dux Bellorum article in Issue 62 of Wargames Soldiers & Strategy which is where I was inspired to use 120 mm as my base width for Dux Bellorum.

Here are the first 3 units for my Roman-British Army featuring Arthur and his "knights" which are a mix of Wargames Foundry and Old Glory. 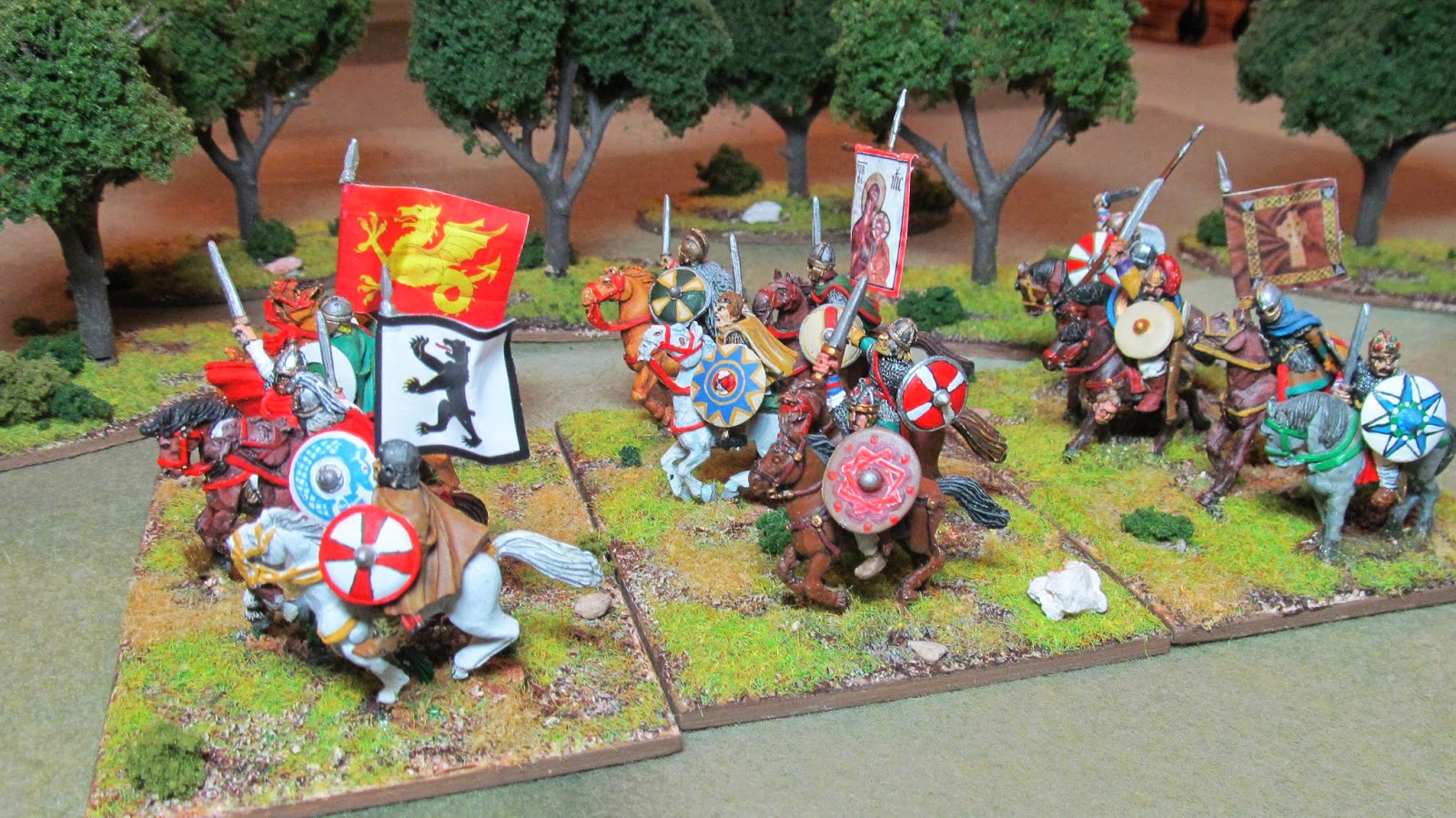 In the lead are the Mounted Companions of armored cavalry with Arthur himself.  Had to put my new trees in the background! 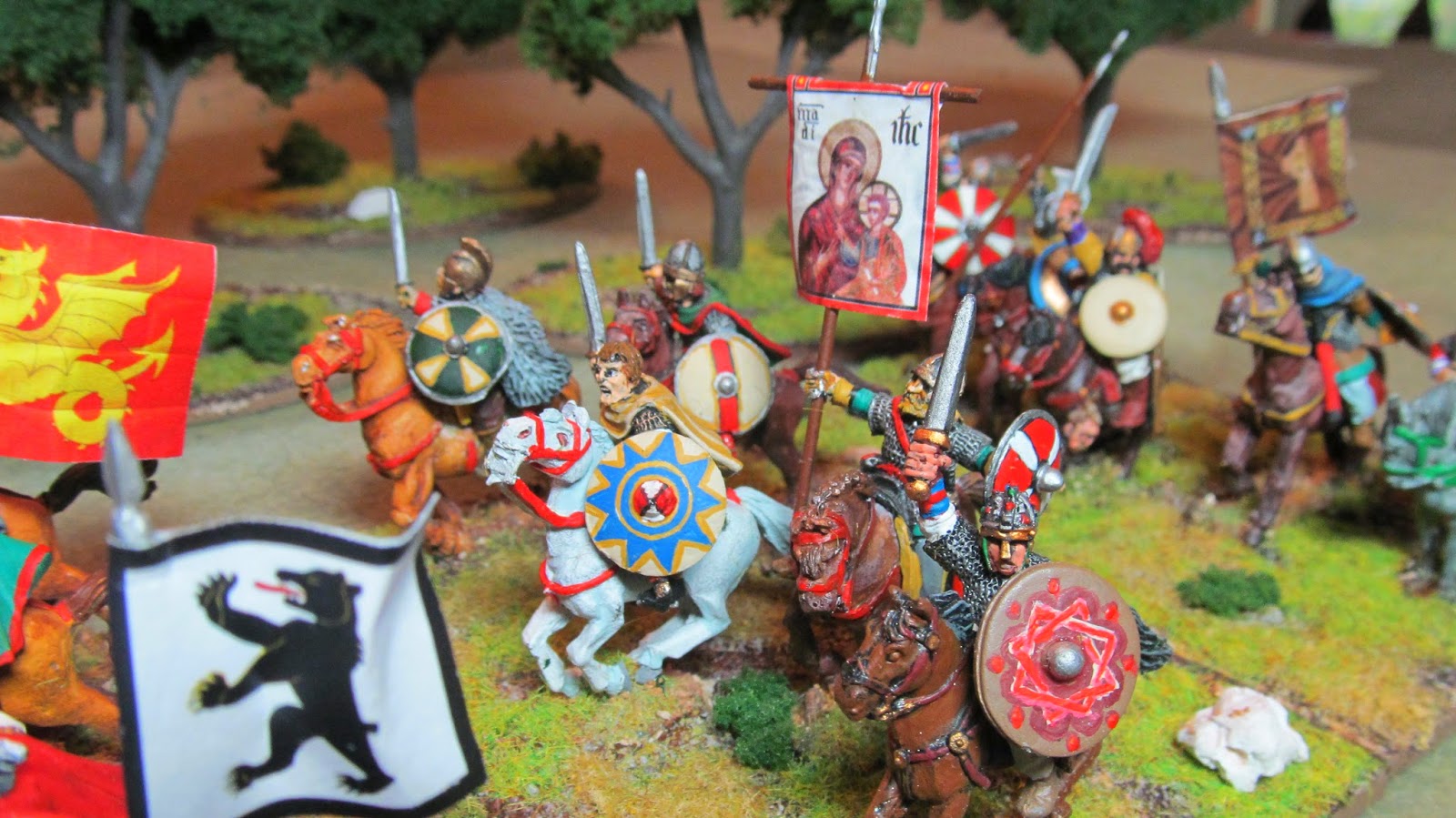 The other 2 stands are Noble riders which are 2 units of armored horseman.  I may do another unit of Noble riders if I can convert some other cavalry.  The banner with the religious icon of Mary and Jesus was downloaded from Wargames Designs and I made the pole with 2 plastic pikes from Warlord Games' ECW infantry box.  I just notched the back of the pike to make a snug fit for the cross bean and instant banner pole.  I really like the trend of hard plastic miniatures. 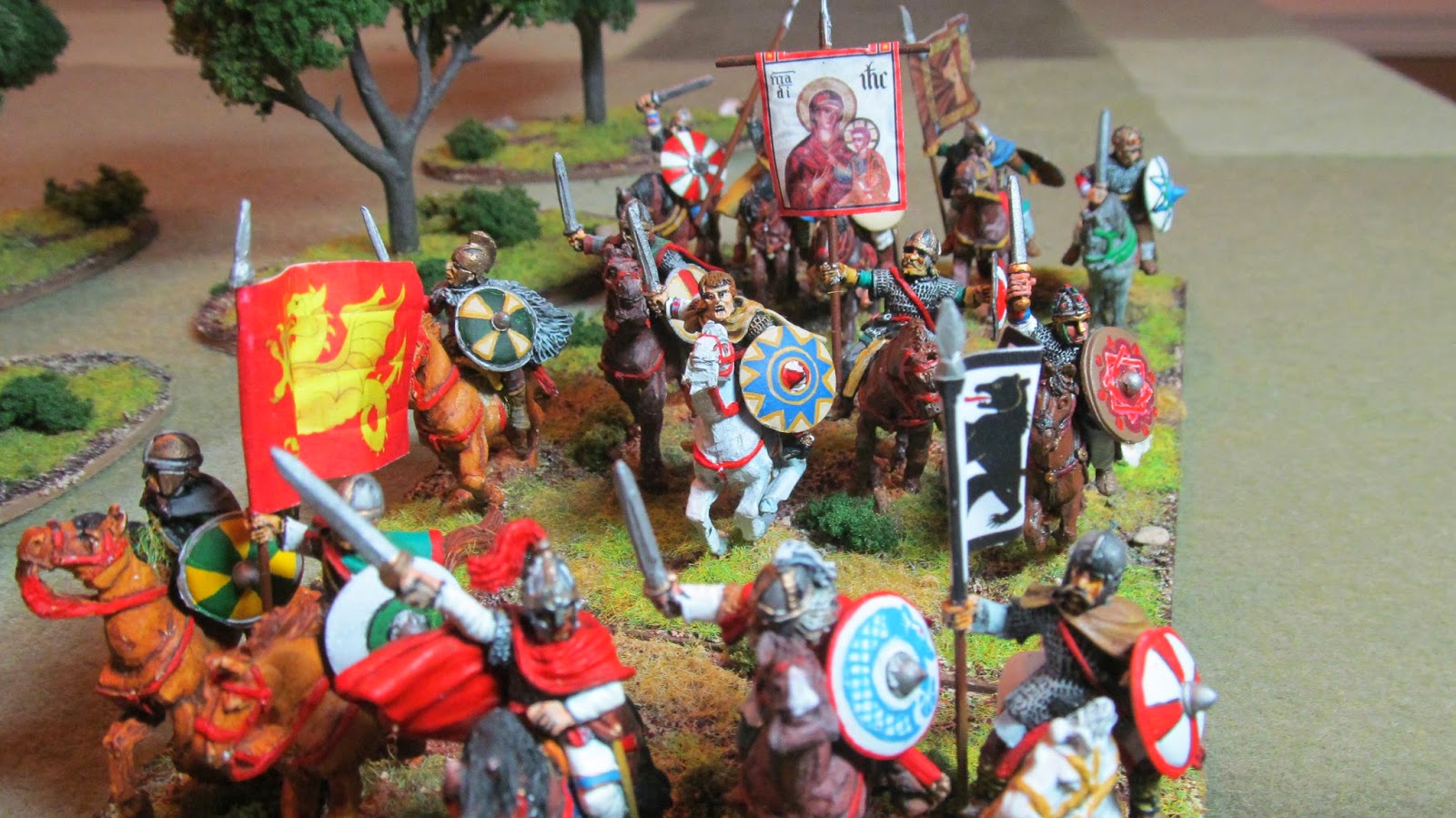 Arthur's army for Dux Bellorum will of course have the Imposing Horseman special rule!  I am still working out the composition of the rest of the force and that will have to wait until I am done with my Late Roman army and Saxons (Early era).
Posted by Neil at June 05, 2014