I was able to take advantage of a good deal on eBay and picked up Warlord Games' "Fire and Brimstone" pack. The blister pack comes with 3 colorful characters for the English Civil War period: a Puritan preacher, a Cleric and a Ranter or political agitator.  First up is the Puritan Preacher: 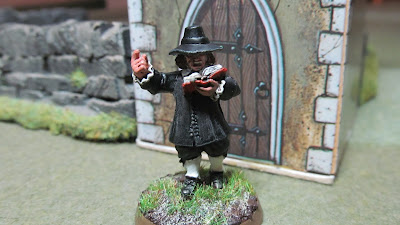 At Leeds in June of 1644 the Reverend Jonathan Scholefield led an assault singing the 68th Psalm:


1 May God arise, may his enemies be scattered;
may his foes flee before him.
2 May you blow them away like smoke—
as wax melts before the fire,
may the wicked perish before God.
3 But may the righteous be glad
and rejoice before God;
may they be happy and joyful.
4 Sing to God, sing in praise of his name,
extol him who rides on the clouds;
rejoice before him—his name is the Lord. 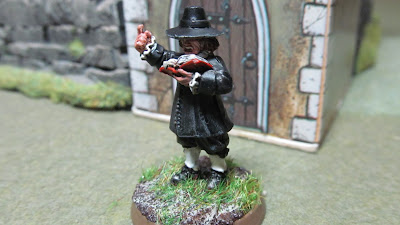 Painting a figure that is primarily black can be a challenge.  I have settled on a technique of using watered thinned black and gradually apply several coats.  Though more time consuming, it gives a more layered looked especially with the highlights.

All in all a fun figure to paint - my photos don't give justice to the sculpting and character of the figure.  The good preacher will end up as a marker for Victory Without Quarter to show an increase in morale. 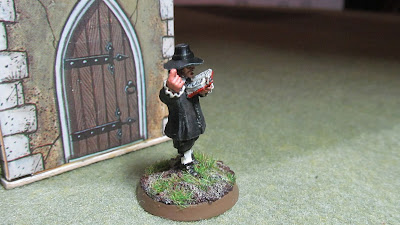 To conclude Psalm 68 and the Word of the Lord:


32 Sing to God, you kingdoms of the earth,
sing praise to the Lord,
33 to him who rides across the highest heavens, the ancient heavens,
who thunders with mighty voice.
34 Proclaim the power of God,
whose majesty is over Israel,
whose power is in the heavens.
35 You, God, are awesome in your sanctuary;
the God of Israel gives power and strength to his people.
Praise be to God!

The English Civil War project is "trotting" along with the addition of Haselrigge's Lobsters to Parliament's cause.  The cuirassier figures are from Perry Miniatures. 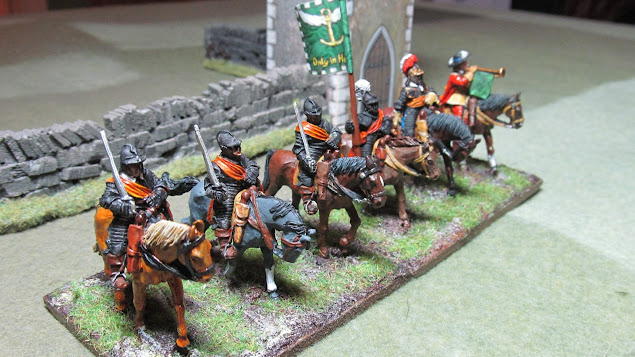 Sir Arthur Heselrige raised a regiment of horse which, unusual for the English Civil Wars, he equipped as armored cuirassiers.  Hesilrige's regiment became known as the "Lobsters" and formed the heavy cavalry in Sir Williams Waller's army. 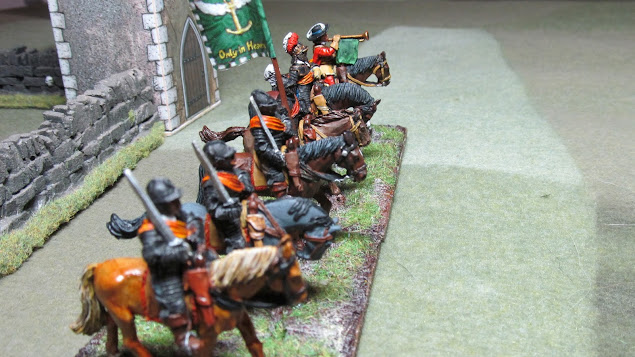 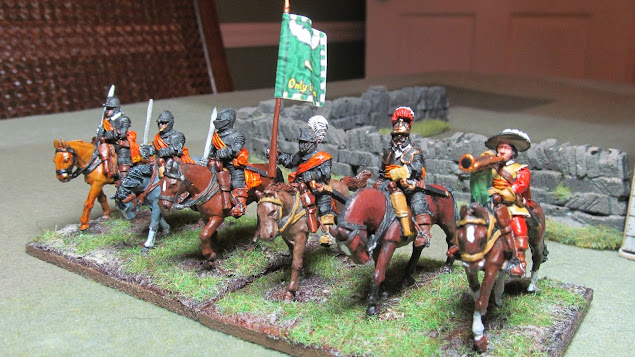 Figures are mounted for the rules Victory Without Quarter. 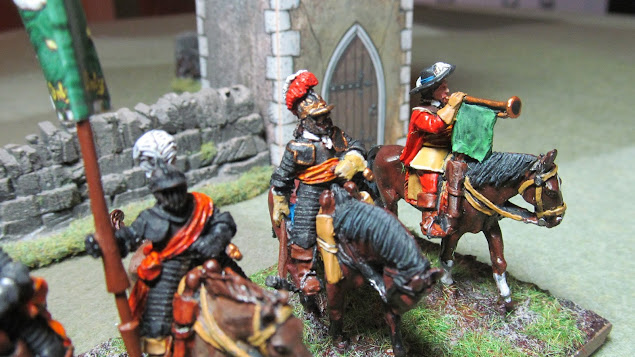 Honorable Son #5 gave me some Perry Miniatures English Civil War cuirassiers for Father's Day in June.  So here's the first look and I'm hoping to get them finished this weekend. 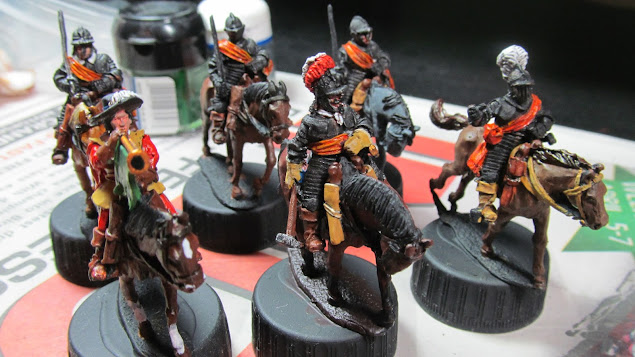 They will be mounted 3 to a 80mm x 60mm stand for the rules Victory Without Quarter. 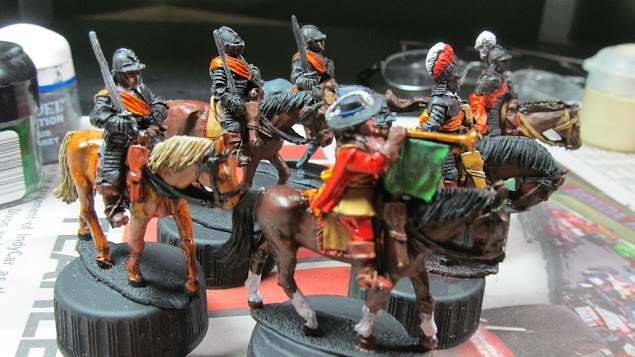 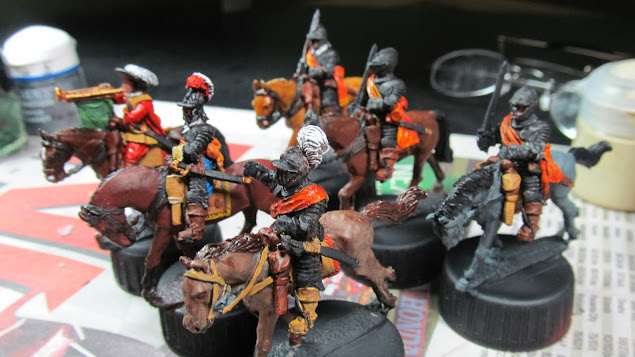 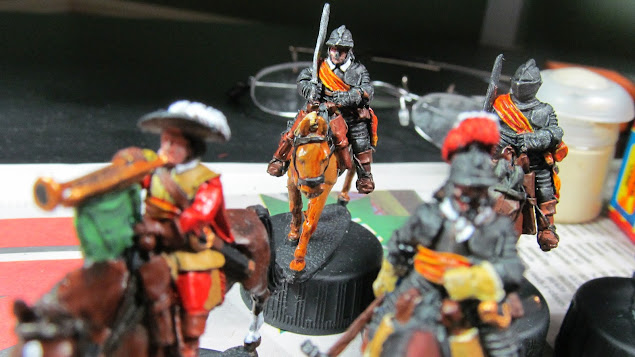 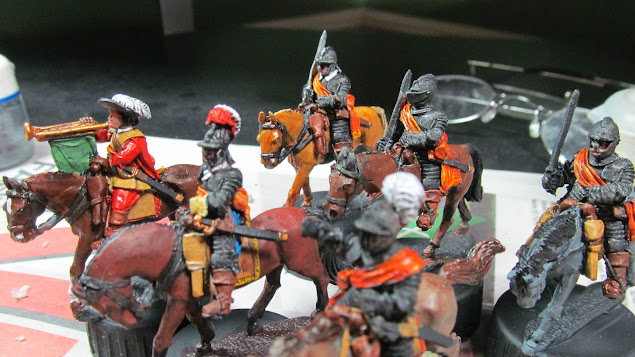