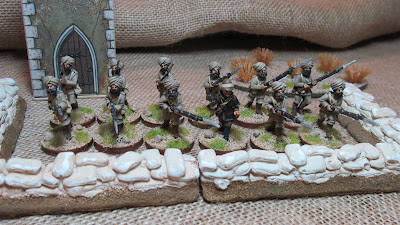 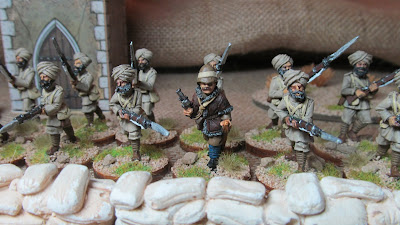 I thought by using the British officer wearing the Poshteen and painting his puttees blue would have him stand out from the men he commands. 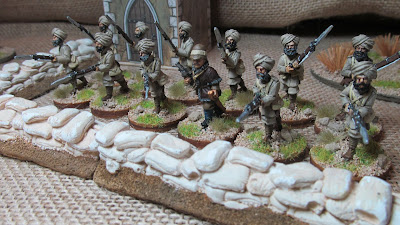 Regular infantry for The Men Who Would be Kings are 12 figures strong and as you can see are based individually which allows easy casualty removal.  In addition they be used for skirmish style games like In Her Majesty's Name. 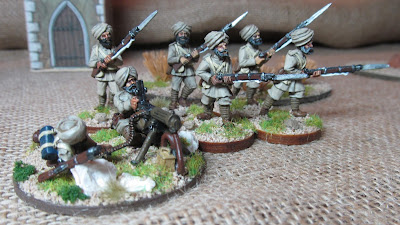 Above is a size comparison of showing the Indian Army HMG from Copplestone Castings Back of Beyond range with Artizan Designs. They match perfectly for compatibility. 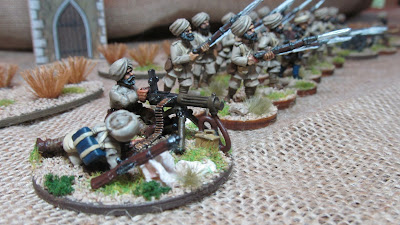 A close-up of the Maxim MG from Copplestone with the Artizan Designs infantry protecting their left flank. 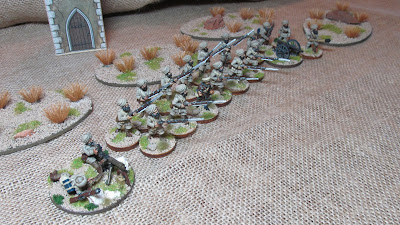 My completed forces so far include the Maxim MG, the infantry and the mountain gun which is also from Artizan Designs.
Posted by Neil at August 06, 2016

Email ThisBlogThis!Share to TwitterShare to FacebookShare to Pinterest
Labels: Artizan Designs, Colonial Gaming, Copplestone Castings, In Her Majesty's Name, The Men Who Would be Kings, Victorian Sci Fi