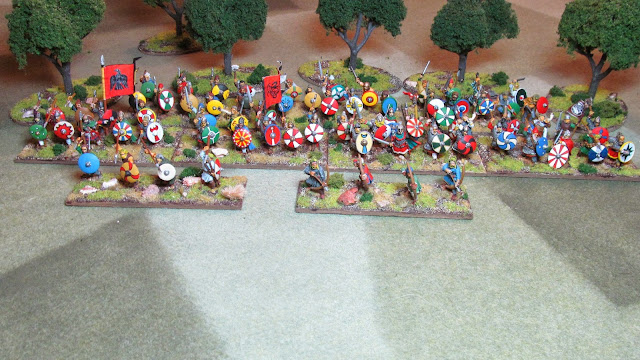 I haven't really decided on which stand will be the mighty Saxon war leader with his tough, but smelly companions around him.  Any of the four Noble Warrior stands, which I have identified with standards, can fulfill the role of leader. 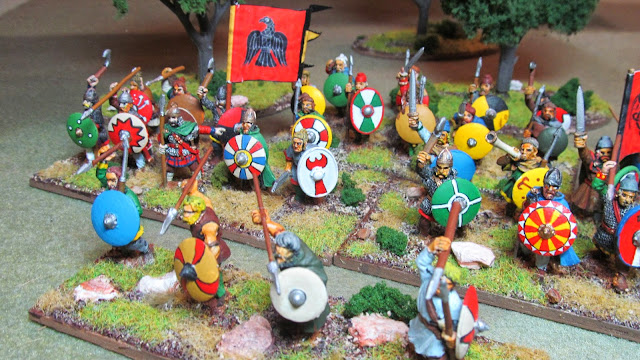 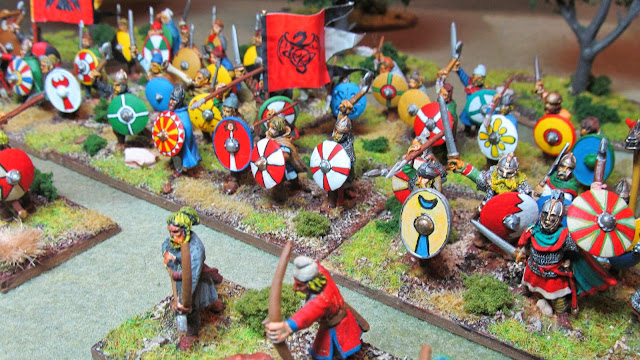 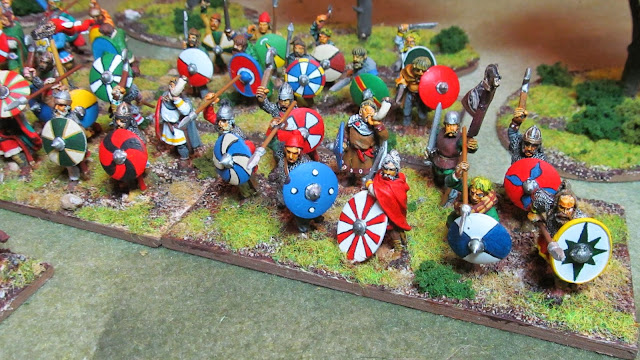 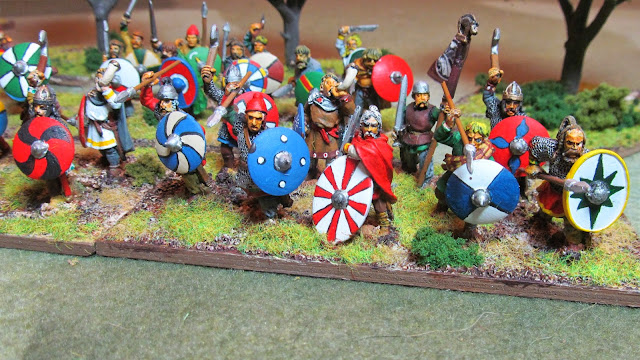 I will probably do a couple more stands of foot skirmishers since the Sea Raider army can field more of these light troops.  I currently have one unit of archers and one with javelins. 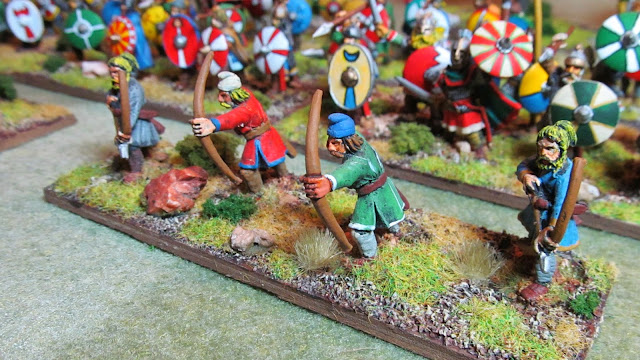 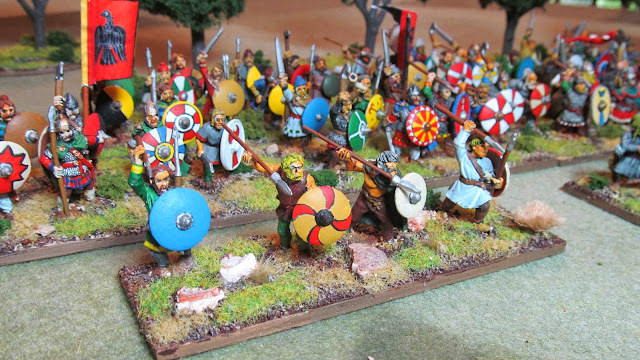 Now it is time to raid the province of Britain and see if the Late Roman army has any fight left in it .
Posted by Neil at May 12, 2019