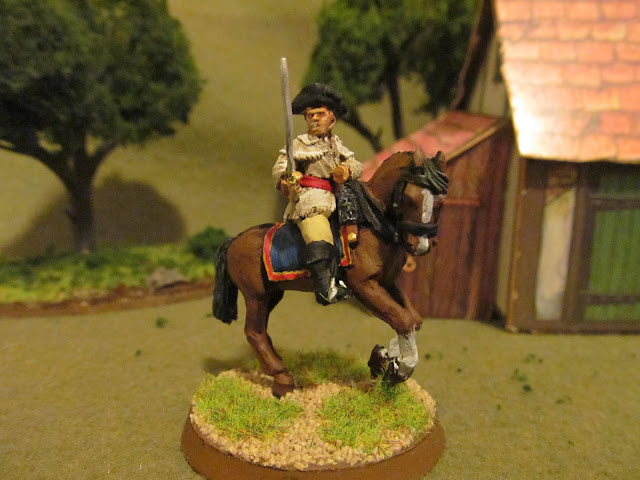 Regular readers of my blog know that I am a big fan of Daniel Mersey and the series of wargame rules that he has had published by Osprey games based on his Lion Rampant series. I have primarily gamed Dragon Rampant and The Men Who Would be Kings and I am so looking forward to some games of the latest Rebels and Patriots. Rebels and Patriots is written to simulate warfare in North America from the French and Indian War up to the American Civil War. I have decided to build forces for the Southern Theater of The American Revolution based on the Battle of the Cowpens and what better officer to lead the rebellious colonists than Daniel Morgan? To represent Morgan I choose the figure with the hunting shirt (who has a crooked mouth which for me, perfectly represents Morgan's wound when a bullet hit his jaw and exited his cheek) from Perry Miniatures AW 37 American Mounted Infantry Officers (one in hunting shirt). 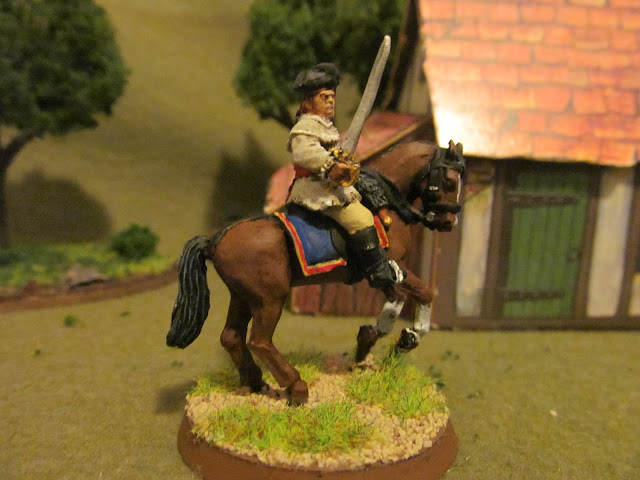 Daniel Morgan grew up with a rebellious streak. As a young man, he settled in Virginia's Shenandoah Valley outside Winchester. Morgan worked as a teamster, hauling freight to the eastern part of the colony and eventually received the nickname “The Old Wagoner”.  His teamster career drew him into the French and Indian War, during which he helped to supply the British Army. At one point, Morgan annoyed a superior officer who struck him with the flat of his sword. Morgan knocked the man out. For his impertinence, Morgan was punished with 500 lashes—typically acfatal number. He survived the ordeal, carrying his scars and his disdain the rest of his life. Afterward, when Morgan retold the story, he commonly boasted that the British had miscounted, only giving him 499.

Morgan eventually joined a company of rangers in the Shenandoah Valley. Outside Fort Ashby, Morgan and his companion were ambushed by Indians allied with the French. Morgan took a bullet through the back of his neck that crushed his left jaw and exited his cheek, leaving him with new permanent scars. (This man was tough) Fortunately, Morgan survived the encounter. 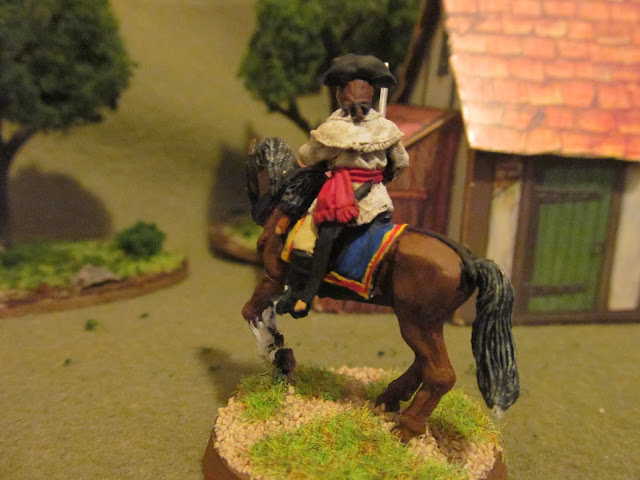 After the outbreak of the American Revolution, Morgan led a force of riflemen to reinforce the patriots laying siege to Boston. Later in 1775, Morgan joined the American expedition to invade Canada organized by General Benedict Arnold. During the Battle of Quebec, Arnold suffered a wound to the leg, forcing command of the American forces on Morgan. The combat, however, resulted in his capture along with 400 other Americans. His release several months later was followed by his promotion to colonel.

One of Morgan’s most valuable qualities as a commander was his ability to think beyond the confines of the accepted standards of warfare. Not long after becoming colonel of a corps of light infantry, commonly called “Morgan’s riflemen,” he began to employ tactics designed to disturb the disciplined Royal troops. He and his men wore Indian disguises and used hit-and-run maneuvers against the British in New York and New Jersey throughout 1777. 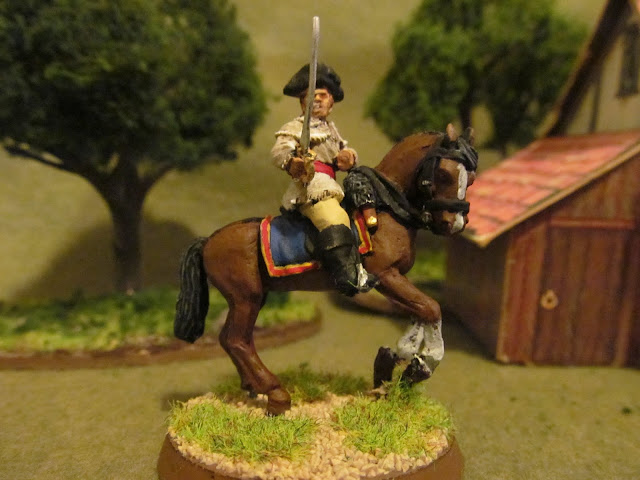 Morgan was indispensable to the Continental Army during the New York Campaign, but he grew irritated when he repeatedly failed to receive promotion while political appointees and foreign adventurers would. The commander-in-chief appointed Morgan colonel of a Virginia infantry regiment, but he was continually passed over for promotion to a more elevated rank. Because of this, rather than resign, Morgan accepted an “honorable furlough.”

By 1780, Patriot forces in the South were desperate for Morgan’s services; Horatio Gates plied him with a brigadier generalship in exchange for resuming his military endeavors in the Carolinas. Once Nathanael Greene assumed command of southern American troops, he granted Morgan command over one arm of the southern forces and tasked him with harassing Tories in the South Carolina back country. 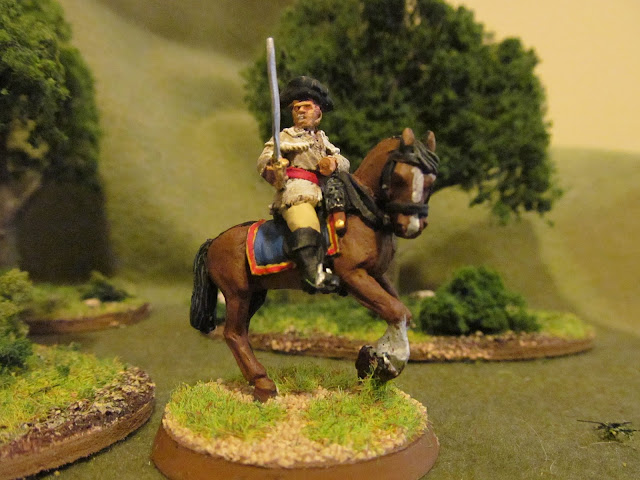 Morgan’s main adversary was British Col. Banastre Tarleton and his Legion of dragoons. The two men faced off at Cowpens in South Carolina on January 17, 1781. Morgan emerged victorious and secured his reputation as a skilled military tactician. Utilizing knowledge of his enemy’s aggressive and impulsive behavior, Morgan lured Tarleton into a trap with a fake retreat. Tarleton charged, only to be surprised when Morgan’s infantry turned to fire and a hidden cavalry force joined the conflict.
In 1790, Congress granted Morgan a gold medal for his victory at Cowpens. Morgan continued to serve in the militia, leading a force against the Whiskey Rebellion agitators. He also went on to serve one term in the House of Representatives as a Federalist near the end of his life.
Posted by Neil at August 29, 2019