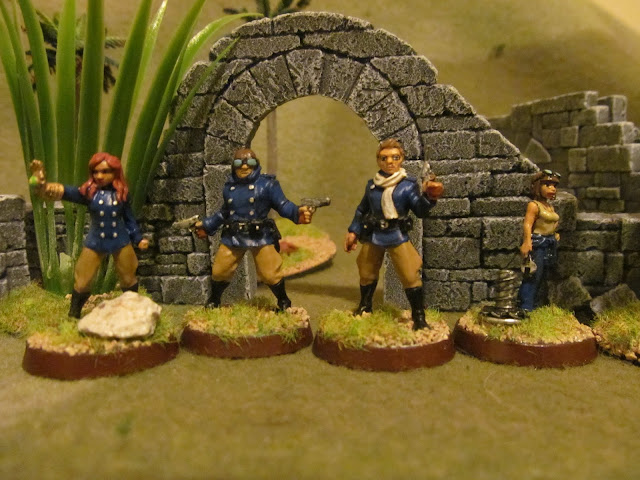 As I have expanded my gaming interests into skirmish and large skirmish games, I have been reliving the thrilling adventures of my youth in lost worlds, other planets, and most of all, defeating the sinister bad guys. I first started skirmish/large skirmish gaming with Games Workshops Lord of the Rings series of games and fell in love with the concept with the games published by Daniel Mersey including Dragon Rampant, The Men Who Would be Kings and Rebels and Patriots.

For skirmish games I love In Her Majesty's Name which is set in the year 1895 allowing players to incorporate Jules Vernes, H. G. Wells and play with iconic characters like Tarzan, Sherlock Holmes and Allan Quartermain. What I love most about the rules is the character generation system and to be honest, I have allowed a bit of time travel to bring some of my favorite Pulp characters into the late 19th Century. 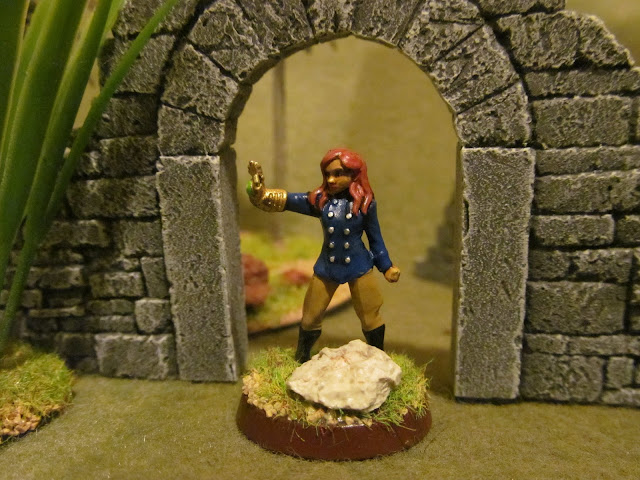 A game I will be trying soon is Pulp Alley, a game designed for adventures from about 1900 to the start of and through World War II (Think Raiders of the Lost Ark.) They have their own line of miniatures that are fascinating; beautifully sculpted, animated and nicely proportioned. They come in packs of two with 20mm bases included and character cards for the game. My only complaint (very minor) is that the from the descriptions of their characters, they don't have the characters that are associated with each other in the same packs. For example it is described that "Pulp Girl" and Mak O'Reilly are associates, put they come in different packs with another figure that is an associate of another figure, etc. Oh well . . . good marketing to buy more figures! 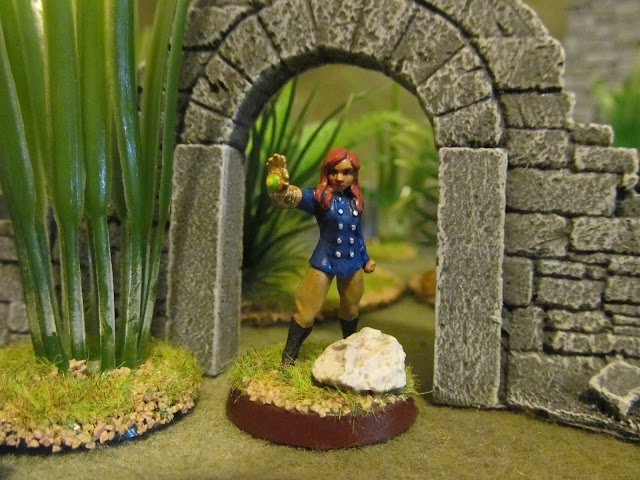 Another view of "Pulp Girl". A female figure that actually looks realistic and I love the gauntlet!

I did not use the 20mm bases that came with the figures but mounted them instead on 25mm bases for the simple reason that all of my man-sized skirmish figures are mounted on 25mm bases. I look forward to purchasing the game Pulp Alley and I have a feeling that the first figures I have purchased will first show up as part of the aerial contingent of the US Navy. 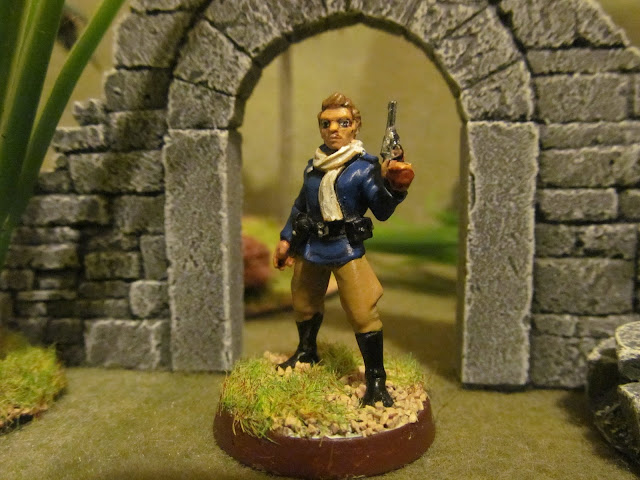 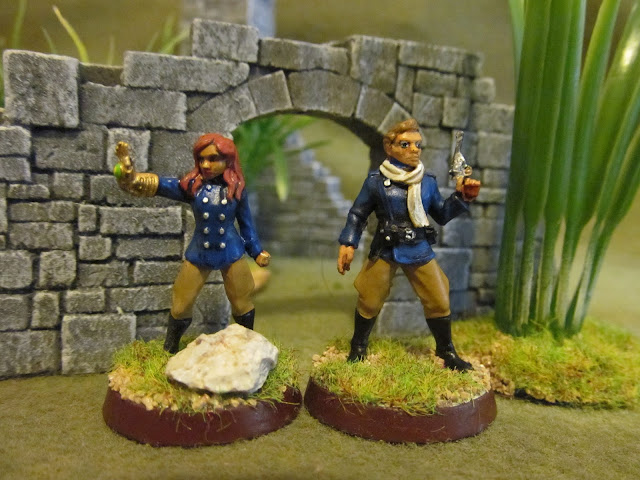 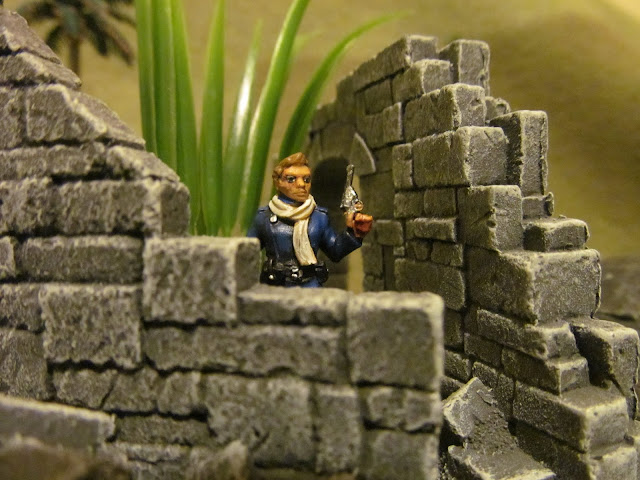 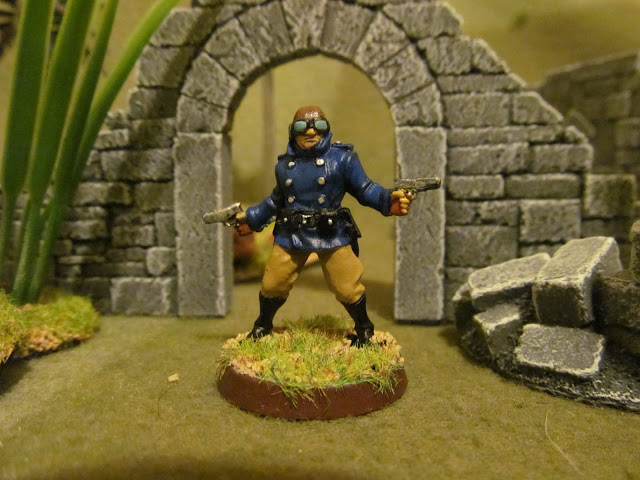 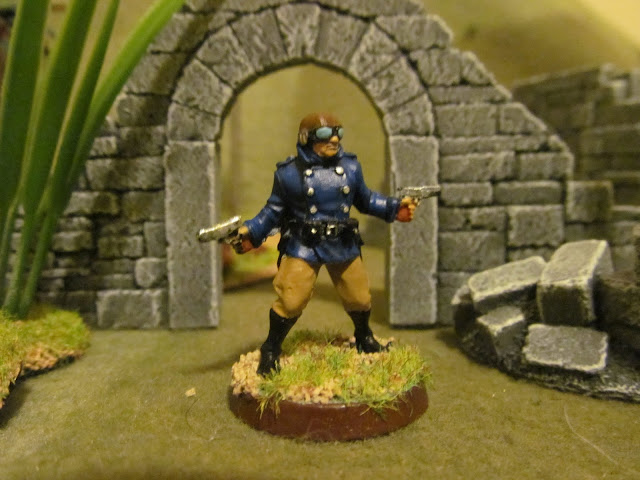 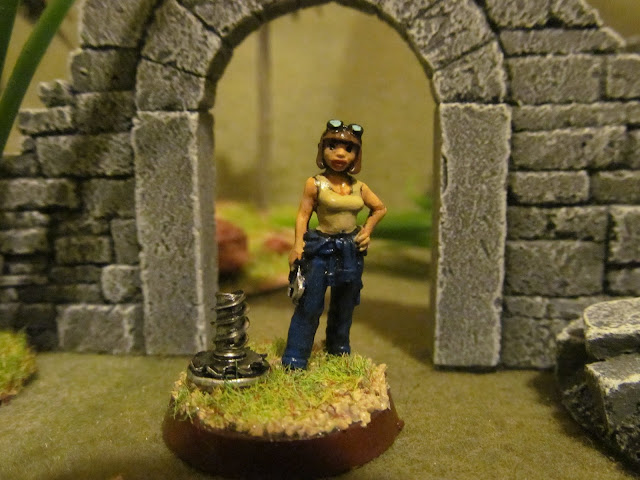 "Gauge." This is Phantom Ace's trusty mechanic and based on the figure description, quite the inventor. One of my favorites so far. 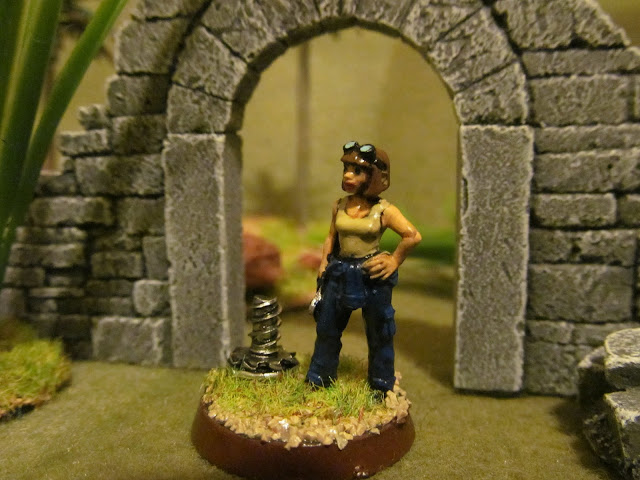 I added an upside down screw and washer to give the appearance of a machine or engine she is working on. 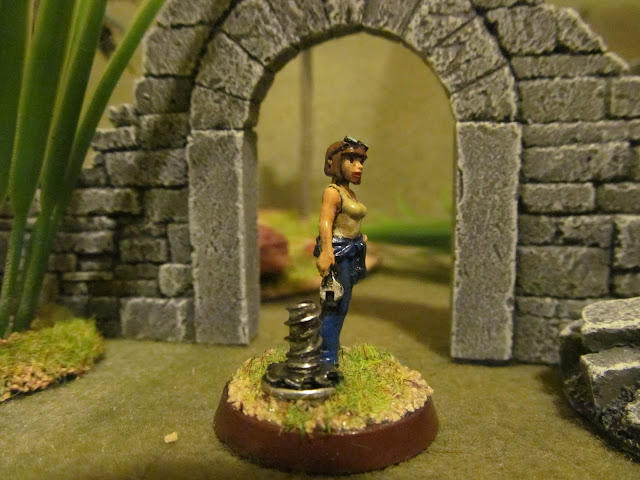 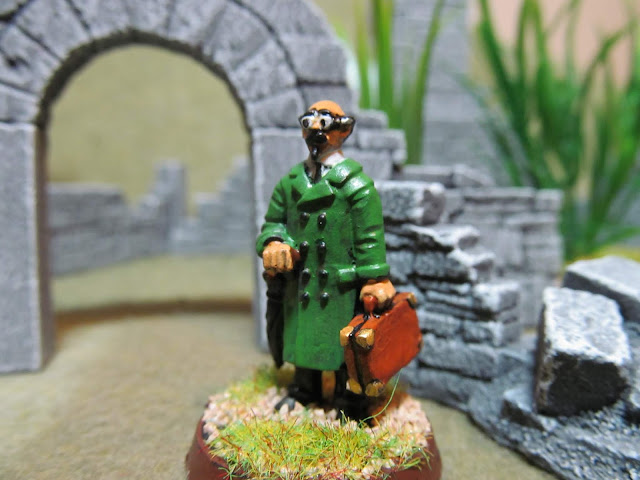 This is "Zdenko Cerny" who I am using as Professor Calculus.

Since I easily succumb to the "Shiny new object" syndrom, there will be some more heroes - and villains, appearing over the next few month. 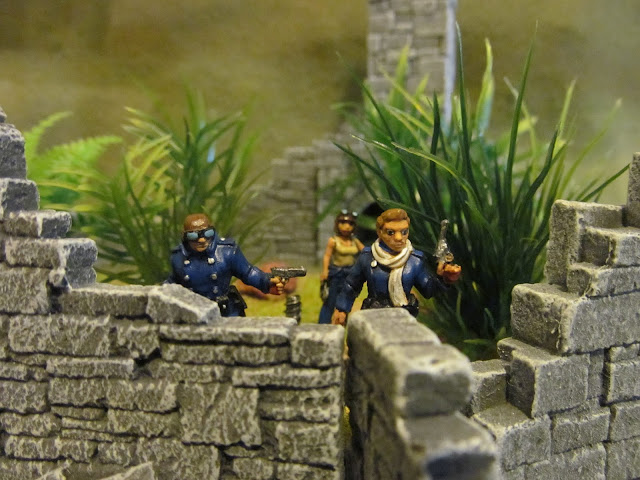 Email ThisBlogThis!Share to TwitterShare to FacebookShare to Pinterest
Labels: Dragon Rampant, In Her Majesty's Name, Lord of the Rings, Pulp, Pulp Alley, Pulp Figures, Rebels and Patriots, The Men Who Would be Kings, Victorian Sci Fi