French and Indian War Disorder markers for Rebels and Patriots 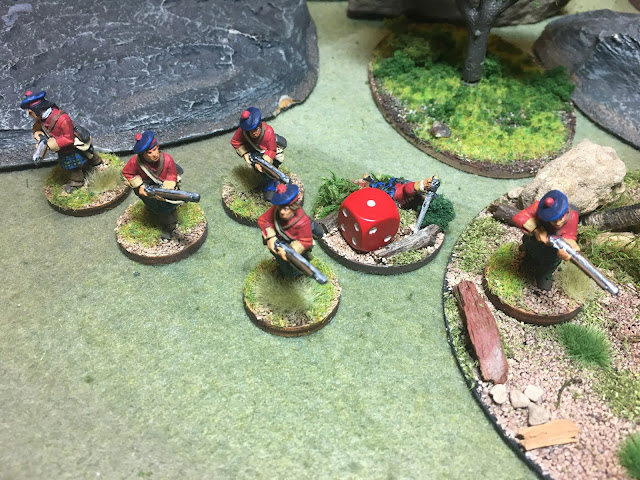 The Highland Light Infantry unit has one disorder.

I'm a big fan on using markers to reduce paperwork in a game and they are great visual reminders of what exactly is the status of that unit. I also don't like clutter (personal opinion - nothing wrong with it if you play that way) with cards and a gazillion printed status markers following a unit. Whenever possible (read fiscally possible!) I try to make markers that will blend in with the tabletop battle itself. That's not always possible in big games; but, in a game the scale of Rebels and Patriots (paid link) it is easily doable with some leftover figures, the bits box, a little basing material, and sticks and rocks I find outside. 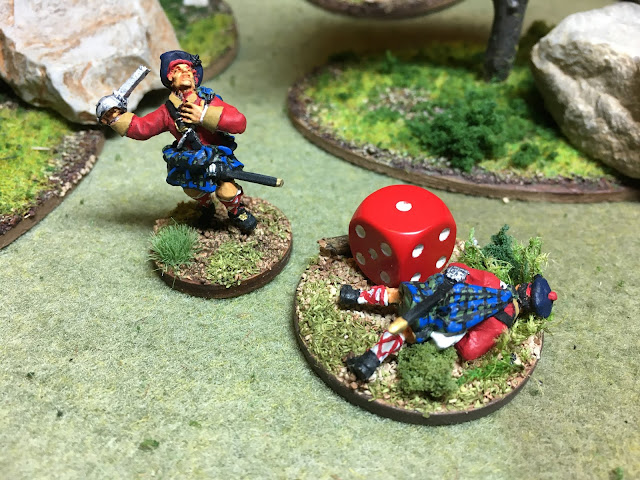 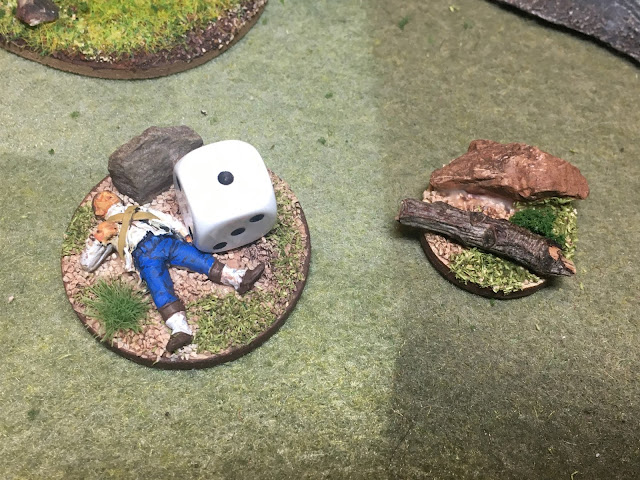 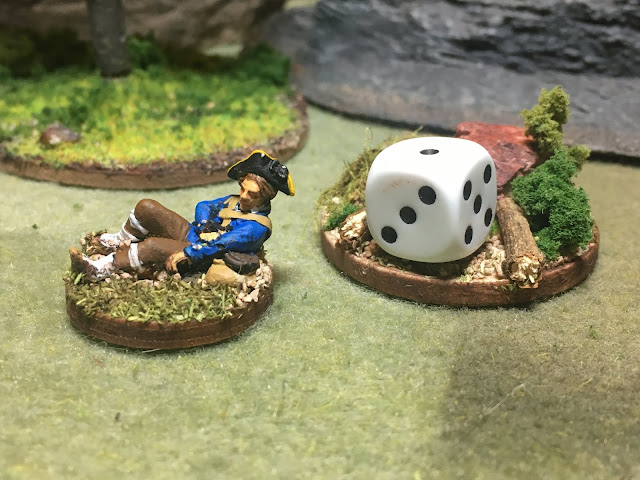 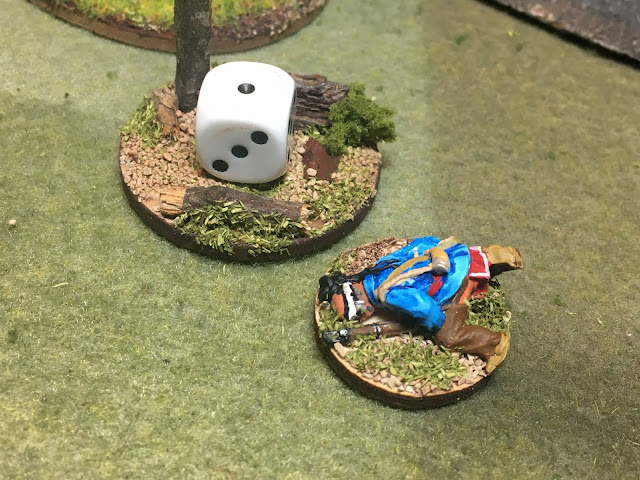 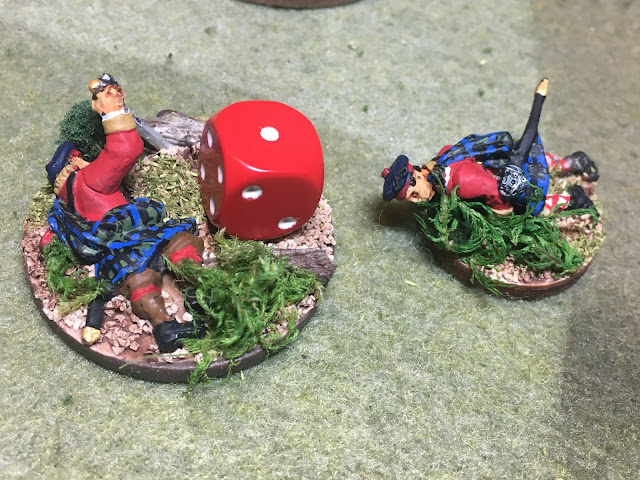 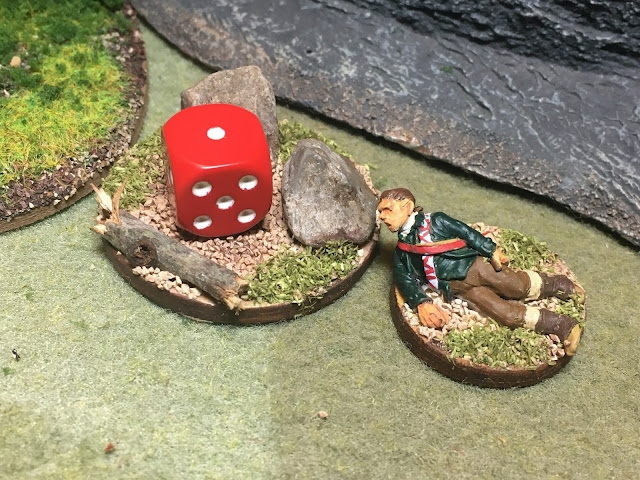 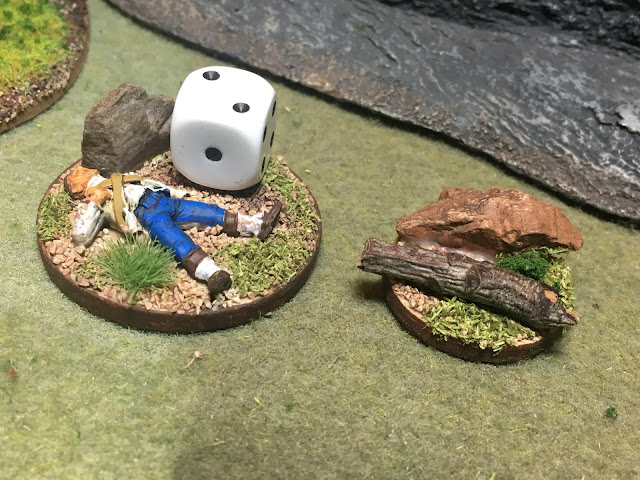 One last look at the Generic French.
As you can see, some markers match units and some are generic. It really doesn't matter as probably (because I have run out of figures) the rest of the markers will probably be just terrain to be used by both sides. See you next time.
Posted by Neil at December 03, 2020

Email ThisBlogThis!Share to TwitterShare to FacebookShare to Pinterest
Labels: Horse and Musket, Rebels and Patriots, Terrain, The French and Indian War