The Anglo-Russian War: The Forces of Chaimbellistan 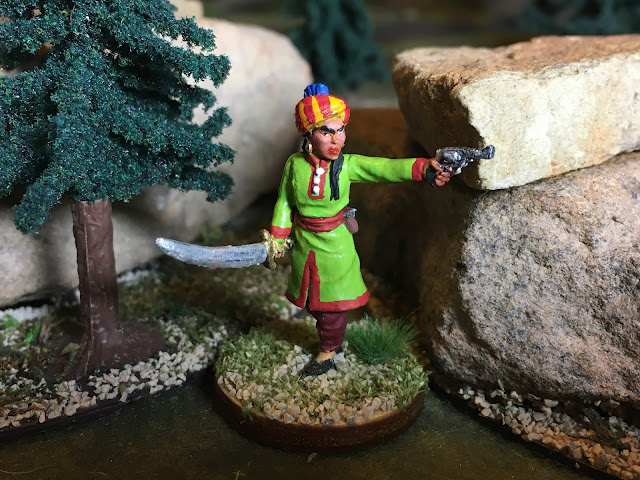 HRH the Princess of Chaimbellistan.
Since most of the action in my fictional Anglo-Russian War will take place in and around the Princely State of Chaimbellistan, I thought it would be a good idea to start thinking about some details about the small kingdom of Chaimbellistan and their forces for The Men Who Would be Kings. 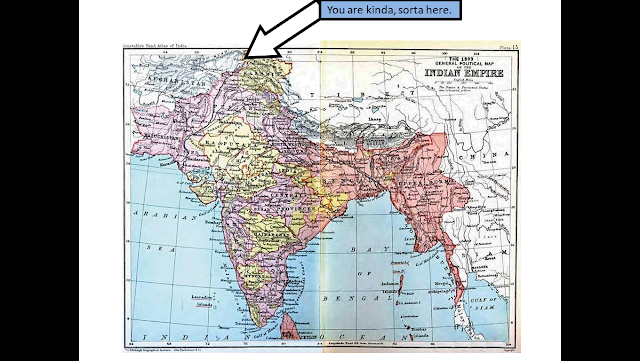 I've decided that Chaimbellistan will have a Royal Guard and some militia - maybe some other forces as I work out the details. 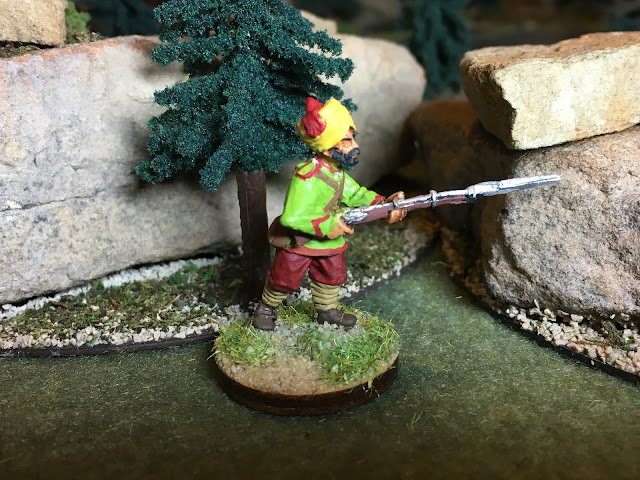 Royal Guardsman, figure by Artizan. The Guard will be classified as Irregular Infantry for The Men Who Would be Kings. 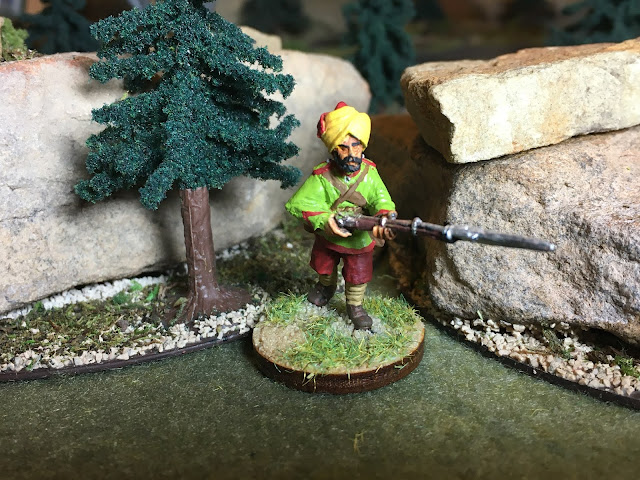 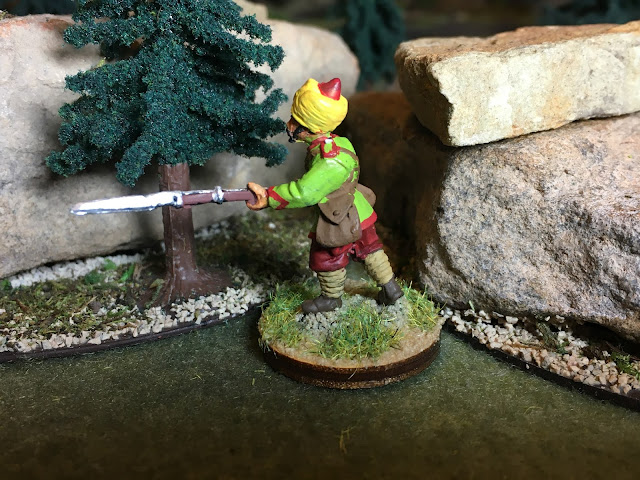 Still a test figure with some work to do on the details. 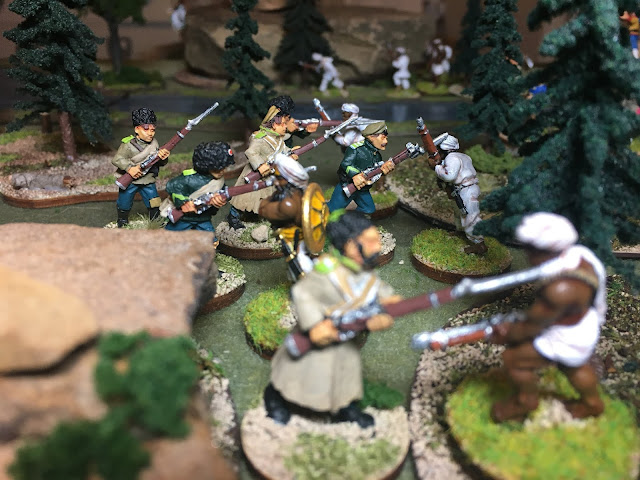 Militia involved in a skirmish with Russian Troops on the frontier. The militia will either be poorly trained Irregular Infantry or Tribal Forces. 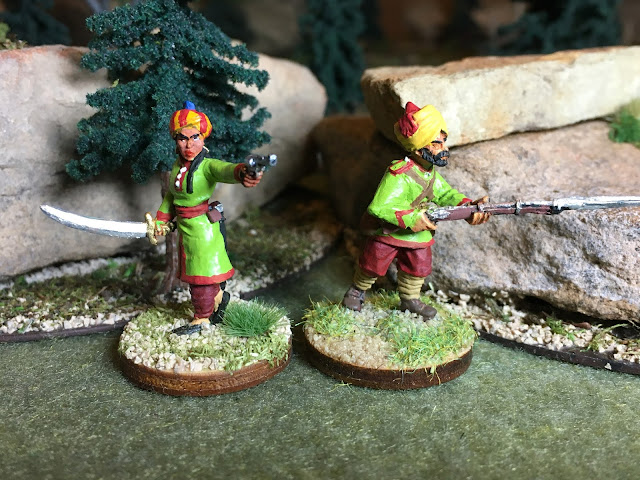 Email ThisBlogThis!Share to TwitterShare to FacebookShare to Pinterest
Labels: Artizan Designs, Colonial Gaming, In Her Majesty's Name, Pulp Figures, The Men Who Would be Kings, The Russian-Anglo War