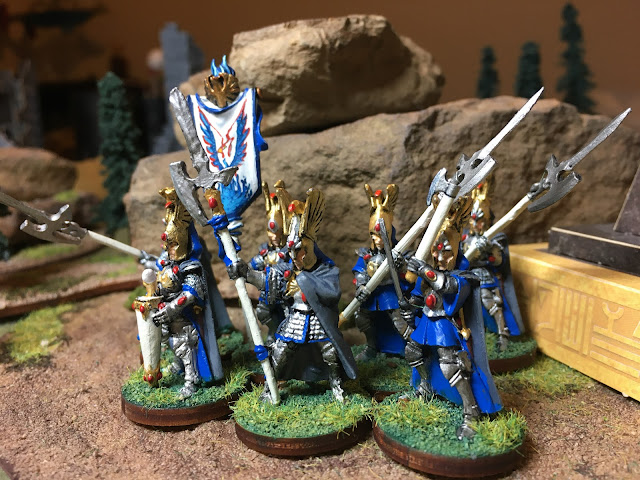 These look awfully familiar.
Yeah I know these are the OOP production metal High Elf Phoenix Guard from Citadel Miniatures for the old Warhammer game. And that’s the beauty of Dragon Rampant (Paid Link); it is not tied to any particular figure range or company. 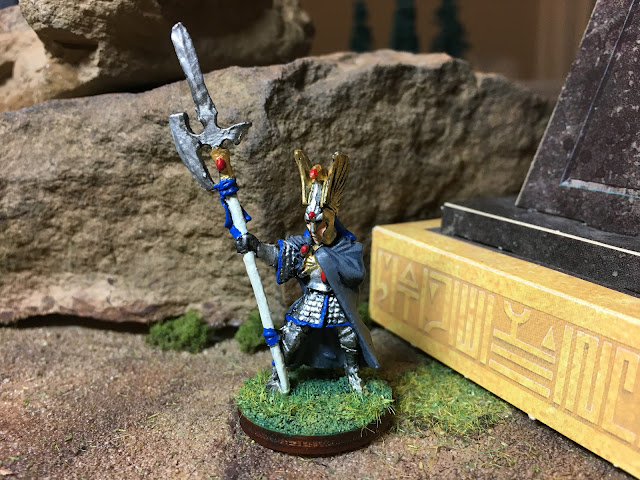 The High Elf General
Dragon Rampant (Paid Link) allows you to recreate any fantasy world with the rules. With rules I have gamed in Middle Earth with “The Three Hunters” chasing marauding orcs to rescue hobbits, battling a sinister evil necromancer’s army with a certain Cimmerian Barbarian, and protecting the knightly realms with a friendly dragon. You name the fantasy world, even your own, and I bet you can game it with Dragon Rampant.
Honorable Son #5 (The Skirmisher) found the Phoenix Guard figures on eBay for a very low, and I mean low, Buy it Now price and grabbed them up. He asked me to paint them for him (it took him about 2 seconds to convince me) and of we were. We decided on a variation of the “Classic” Warhammer” look a charged ahead. And then disaster struck. 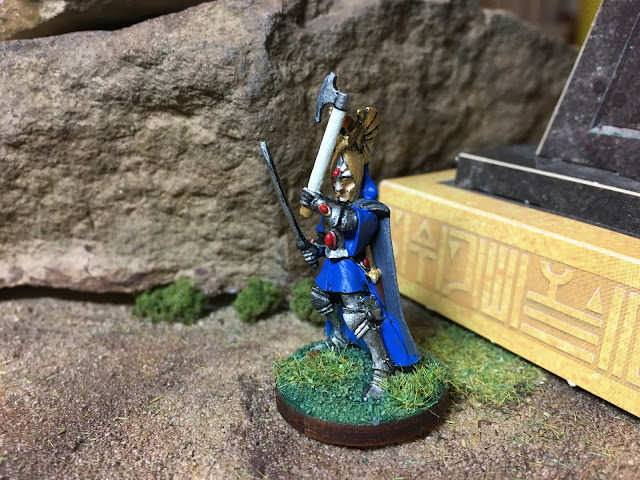 It may not look like a disaster now . . .
The elves with halberds are two piece castings; the halberds with hands must be attached to the bodies. I painted the figures first and then started to prep the halberds for painting and broke one of them in half. Yikes! Thank goodness I have a bits box (always save those bits!). With a little trimming and filing I added an axe and sword from the Gripping Beast Hirdmen 28mm hard plastic box. It doesn’t look too shabby. 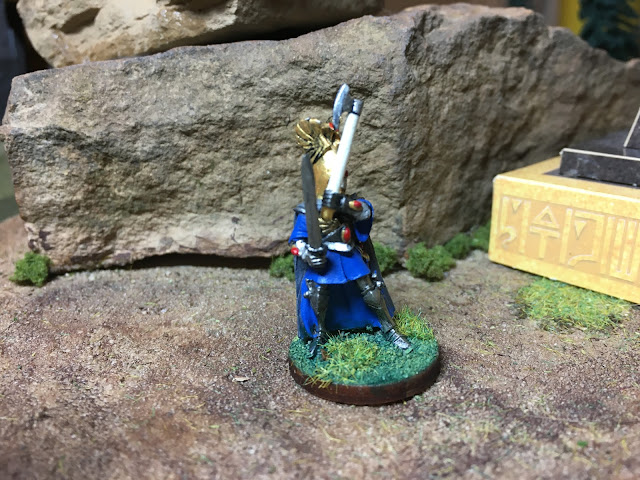 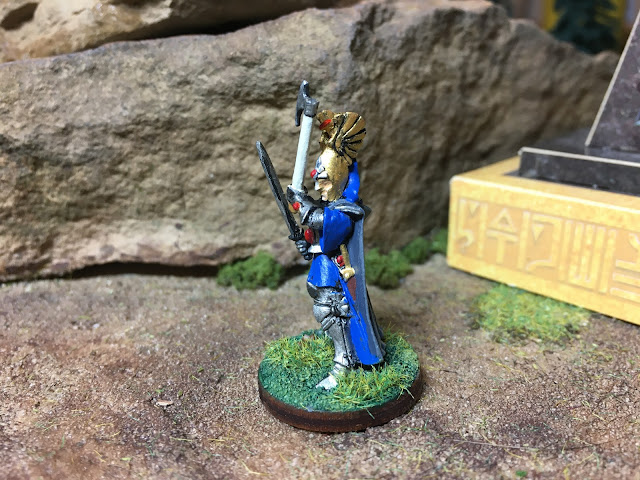 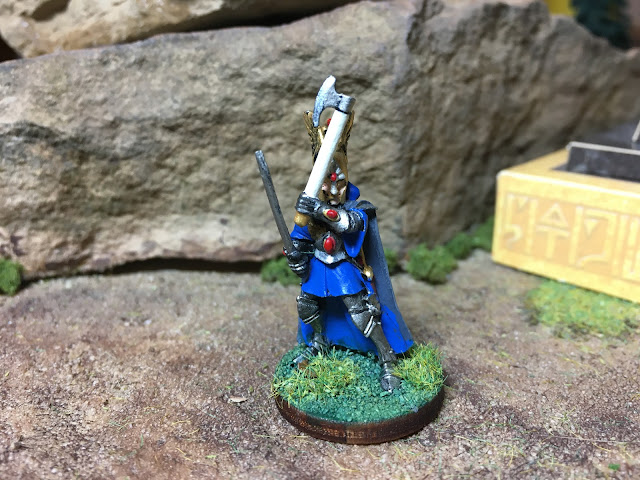 Here are the rest of the figures. How my son will rate them I will find out in the next battle. I’m getting the sneaky suspicion they will be some variant of elite heavy infantry. 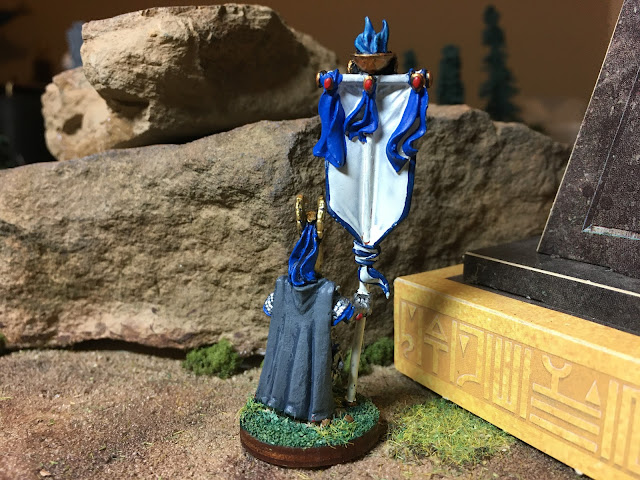 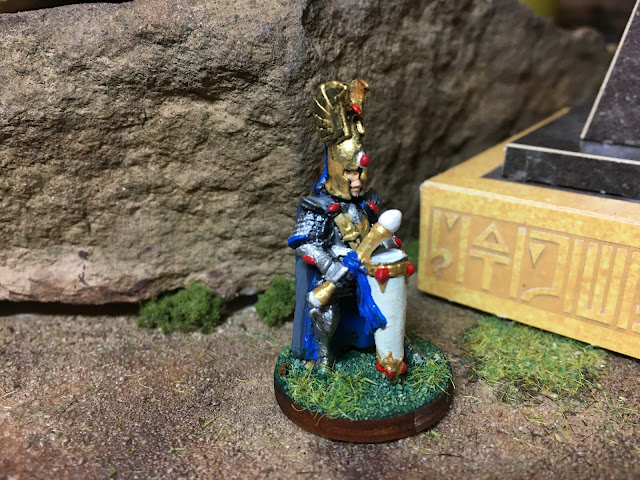 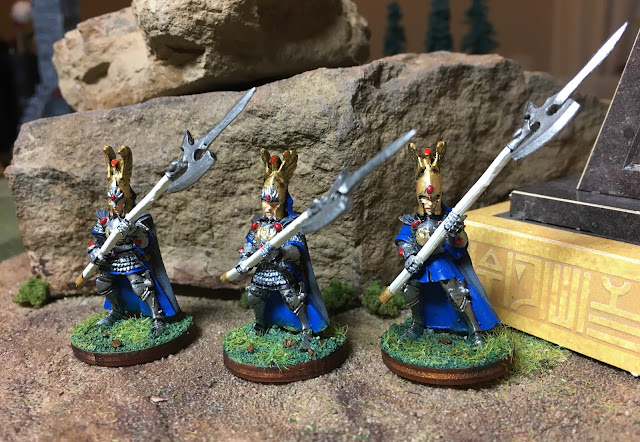 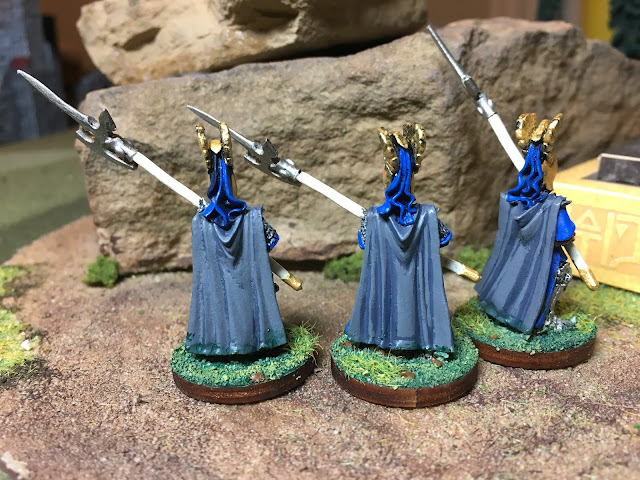 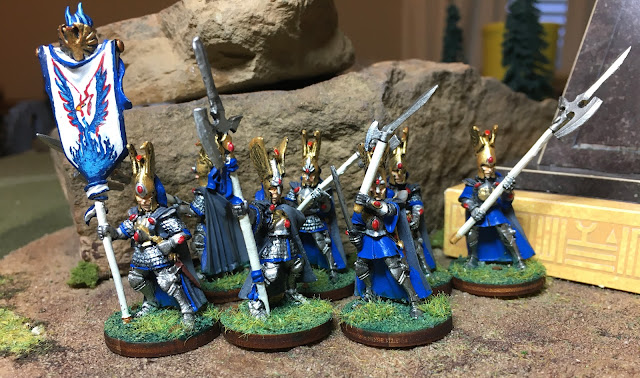