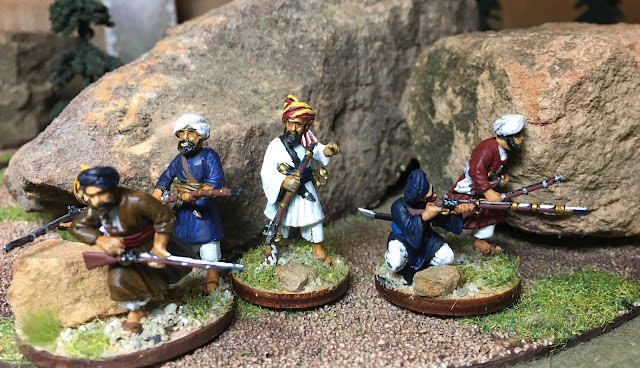 First of all thanks for all of the techniques and suggestions from multiple forums on painting figures that are not "uniform" and do not fit well to an assembly line method of painting. I used them! I got motivated with the rain we had this weekend (but I still did my House Husband (HH) tasks) and finished and based the first six figures of my first "fire power" unit of Pashtun tribal infantry. I'm basing the first group on the Afridi tribe and you will see more black and blue, which they favored - though their is no hard and fast rule - in the next six. As always these figures can be used for multiple rules to include The Men Who Would be Kings (Paid Link), The Sword and The Flame, and the upcoming, available for pre-order, Blood & Steel Victorian Age Combat 1837-1901 from Firelock Games. 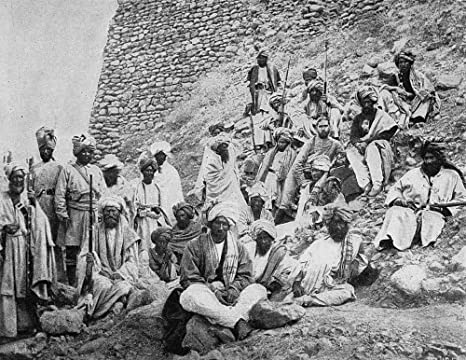 Pashtuns at a hill fort on the Northwest Frontier. The figure in the right center without a head covering looks to me to be a British Political Officer or Army officer which makes sense since this is a photograph.
There is a wealth of information of primary source images, both photographs and illustrations, online and I have been using them to model and paint my figures. 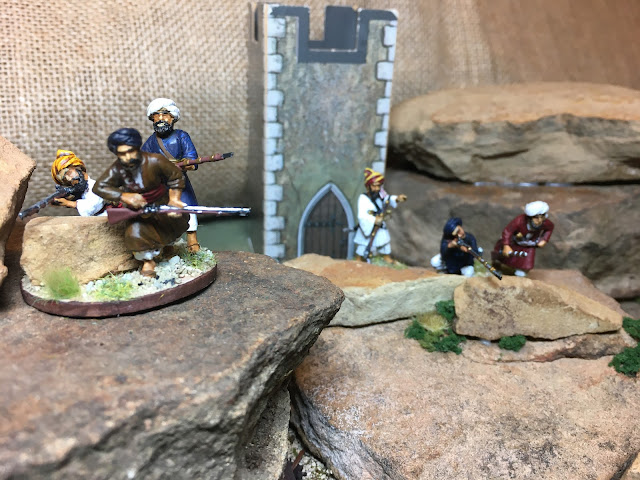 I haven't built my own hill fort yet; but, the old GW cardstock building and some resin stone walls (not shown) will do for now.
As I have mentioned previously, I like basing figures in a 3, 2, 1 combination in order to convey a sense of action and mini-vignettes. It also makes it easier to move on the table top! 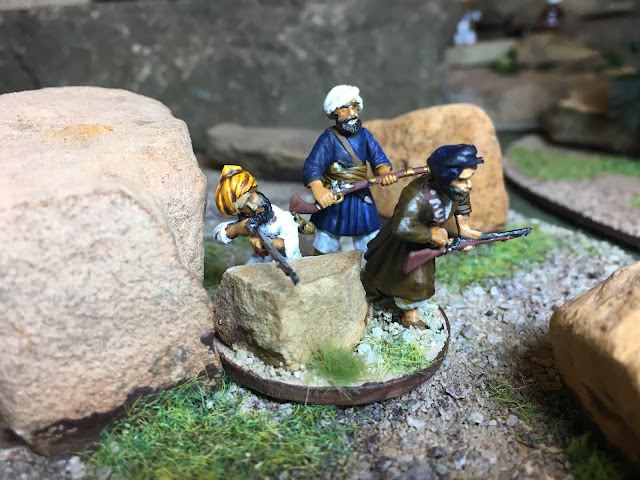 Why is this guy smiling? 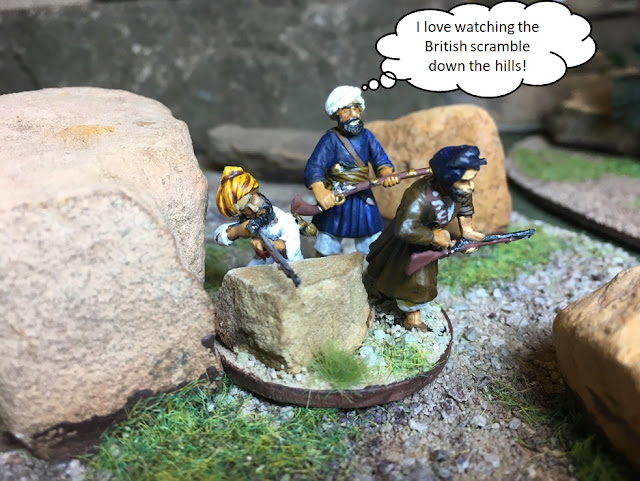 Okay, I need to fix his beard. 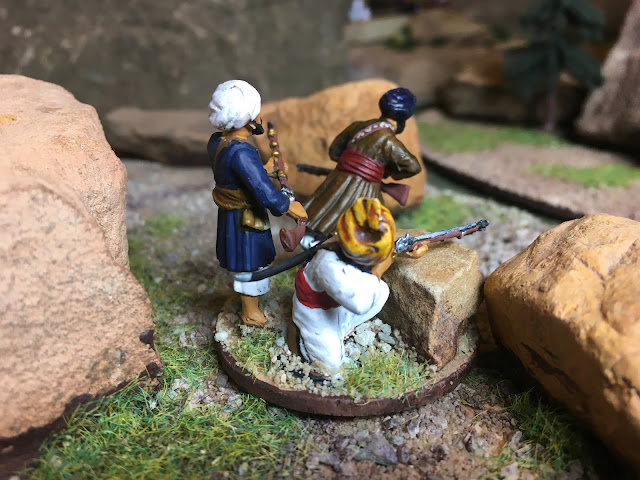 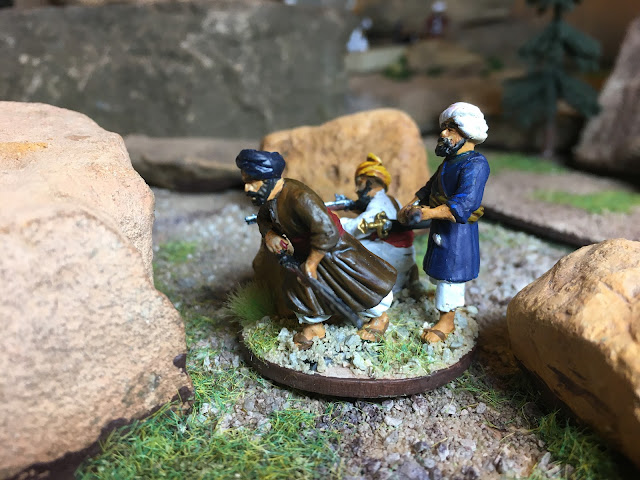 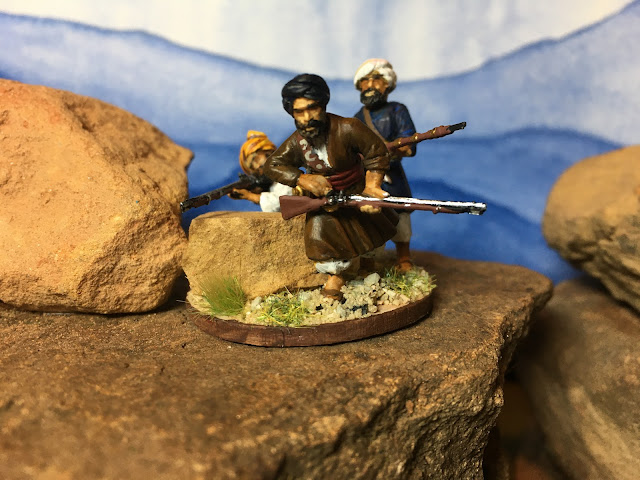 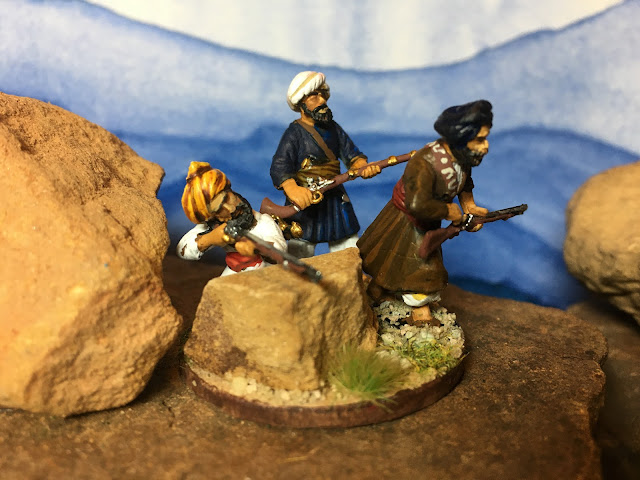 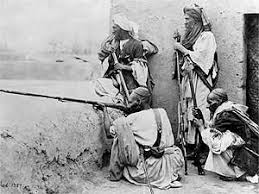 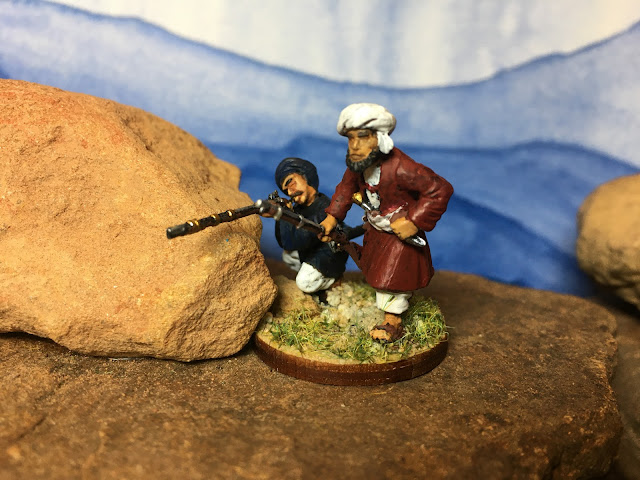 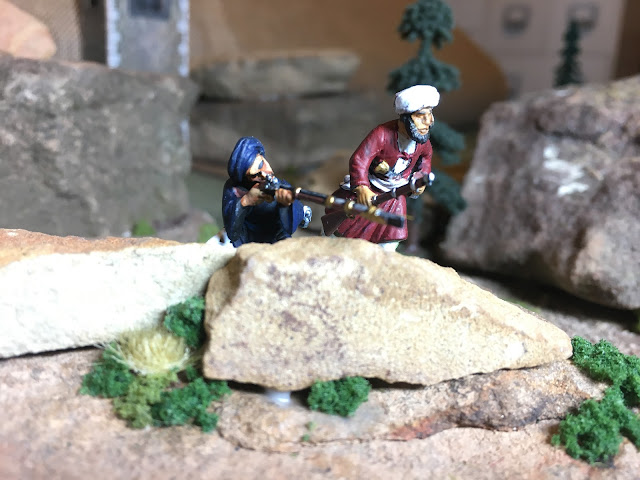 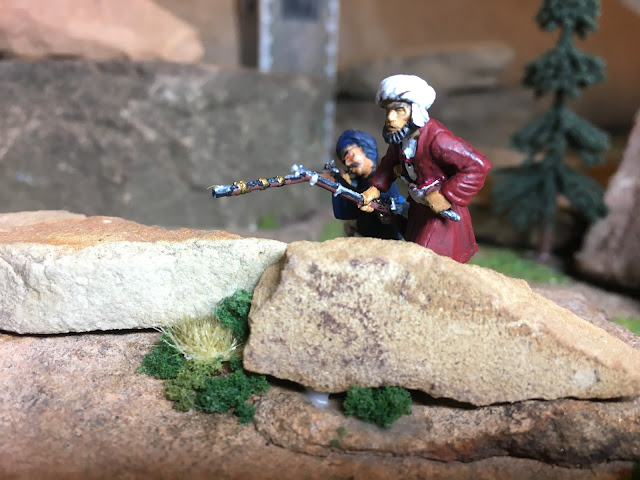 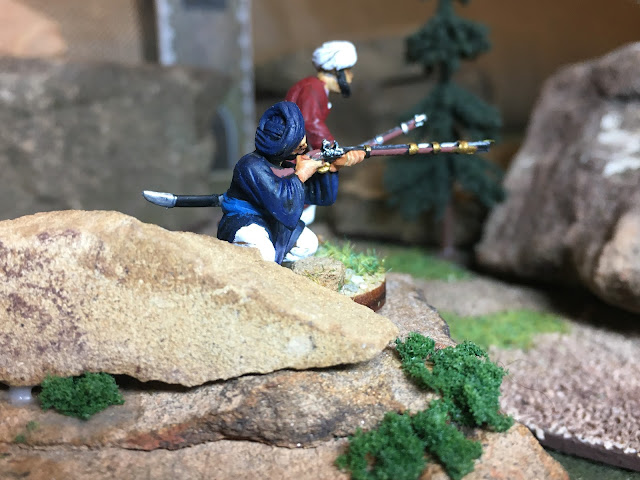 Using the Perry Miniature Afghan Tribal Infantry (Paid Link) has been great. I'm not a great modeler but these figures go together easily and I have had fun experimenting with multiple poses and conversions. And now the leader: 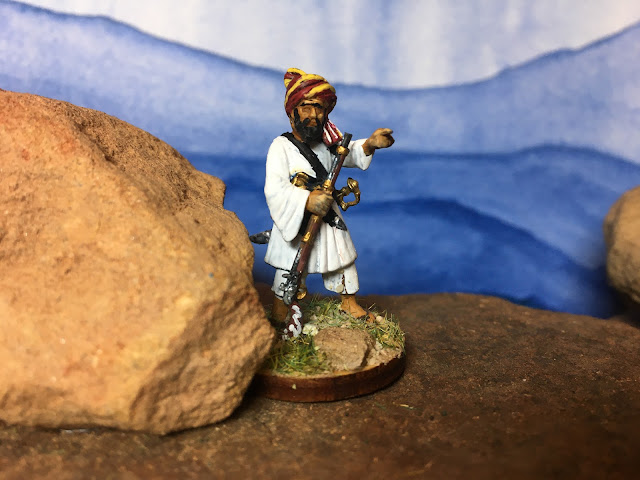 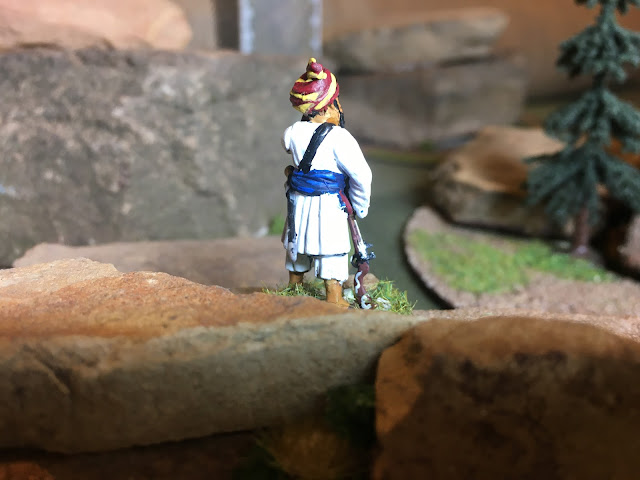 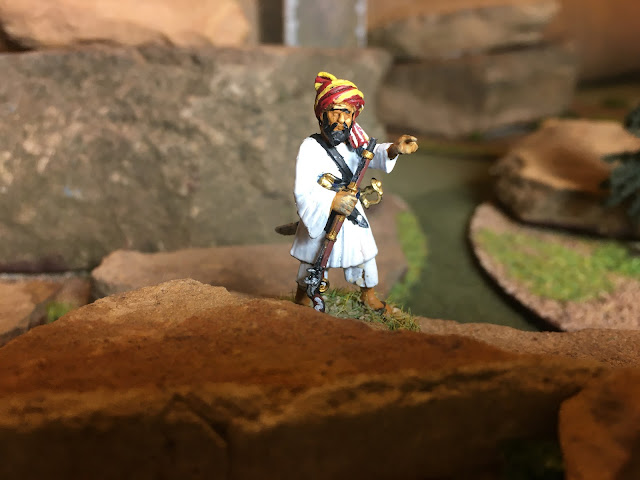 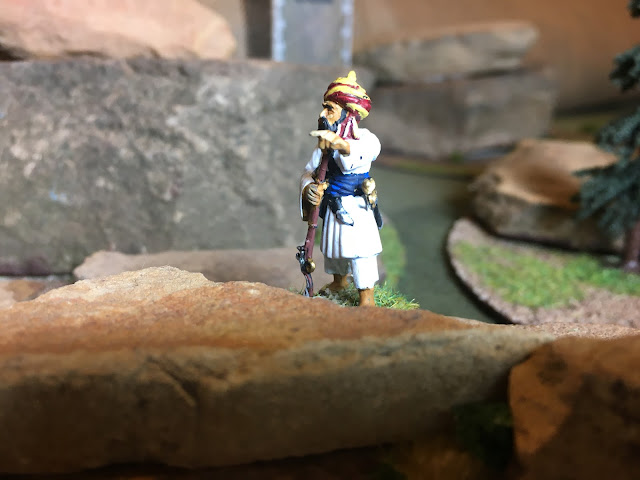 One last look and now on to finish the unit: 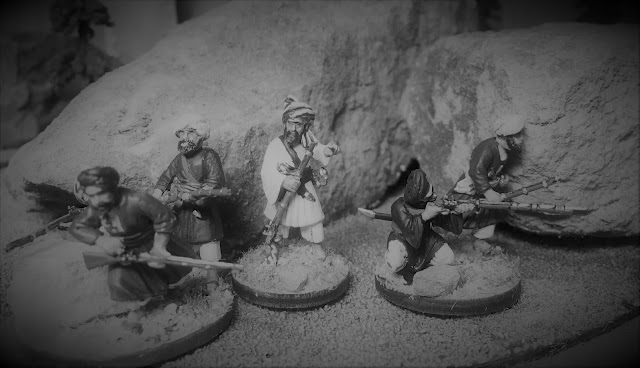 Email ThisBlogThis!Share to TwitterShare to FacebookShare to Pinterest
Labels: Afghan Forces, Colonial Gaming, Hard Plastic Miniatures, Northwest Frontier, Perry Miniatures, The Men Who Would be Kings, The Sword and The Flame