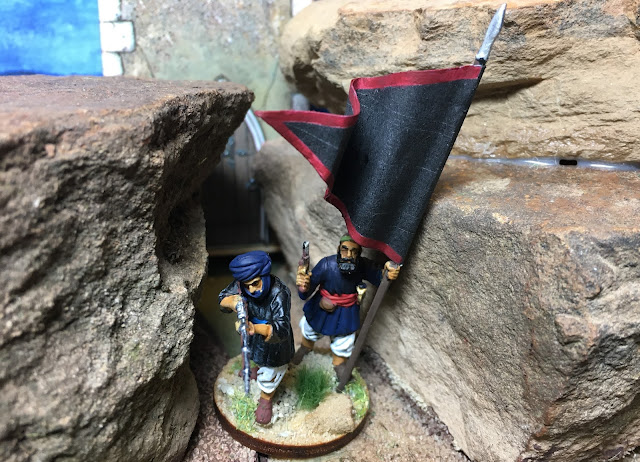 I finished the next six of my Pashtun Tribal infantry that will be "carrying" firearms for one of my planned three units that will be classified as Irregular Infantry per the rules (my current favorite Colonial set) The Men Who Would be Kings (Paid Link). As previously stated, the figures are all from the Perry Miniatures Afghan Tribal Infantry (Paid Link) hard plastic box. 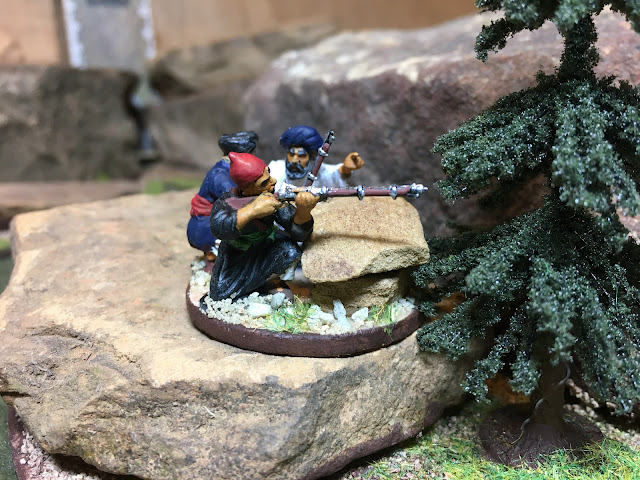 As mentioned in previous posts, I like the alternative basing method of 3, 2, 1 for The Men Who Would be Kings (Paid Link); especially for irregulars and tribal infantry. One of the advantageous is that it allows my creativity to go wild in creating "mini" vignettes. 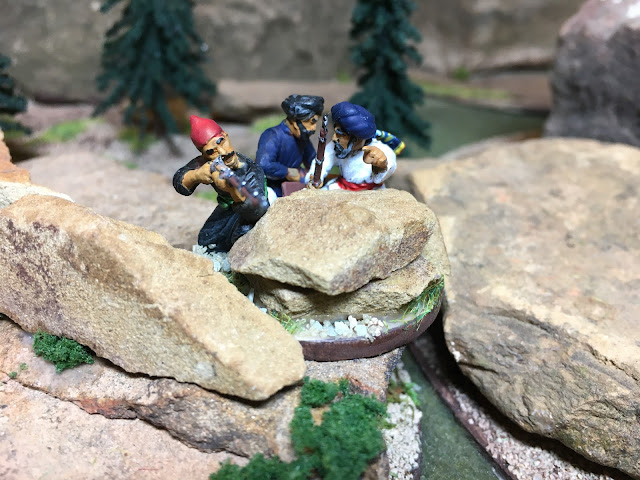 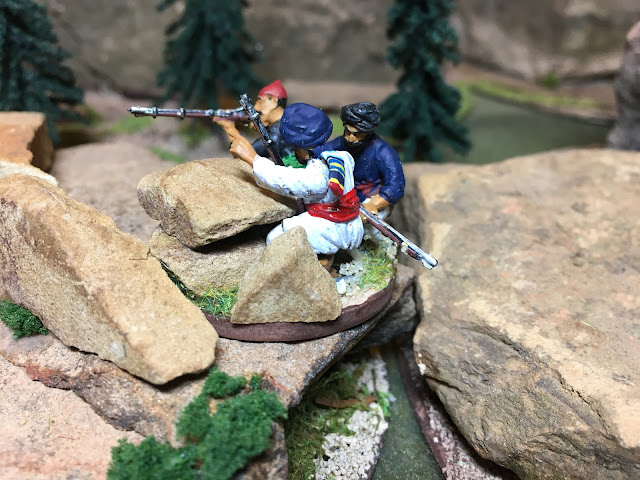 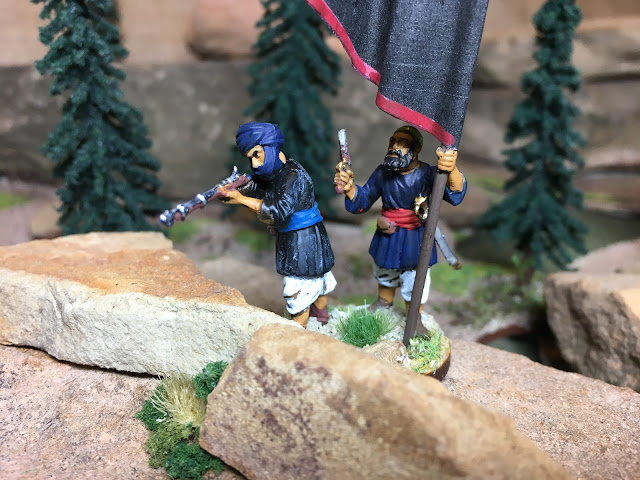 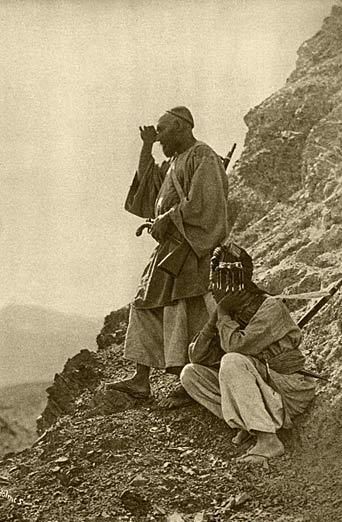 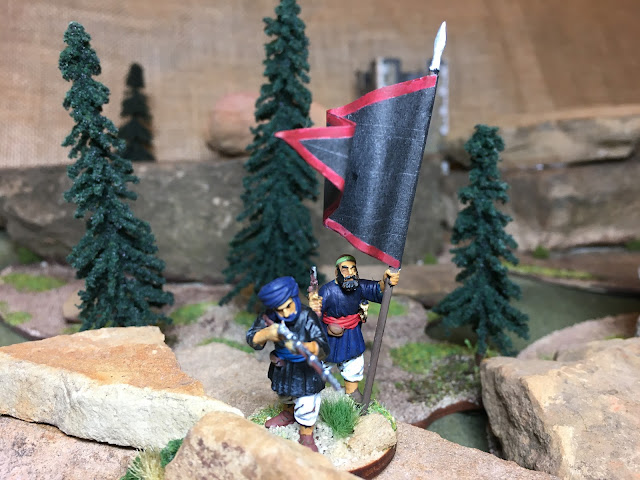 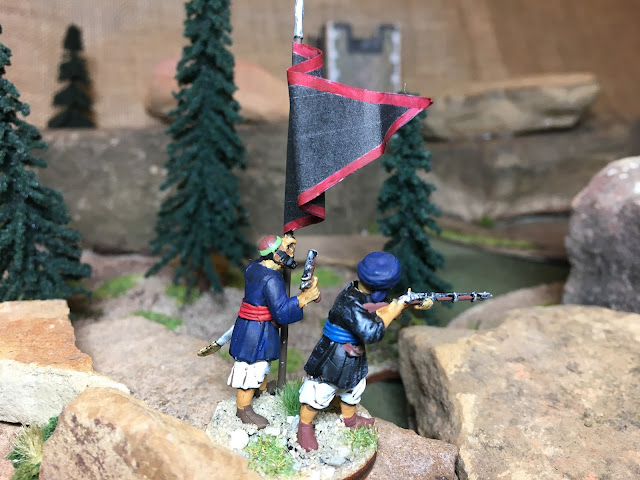 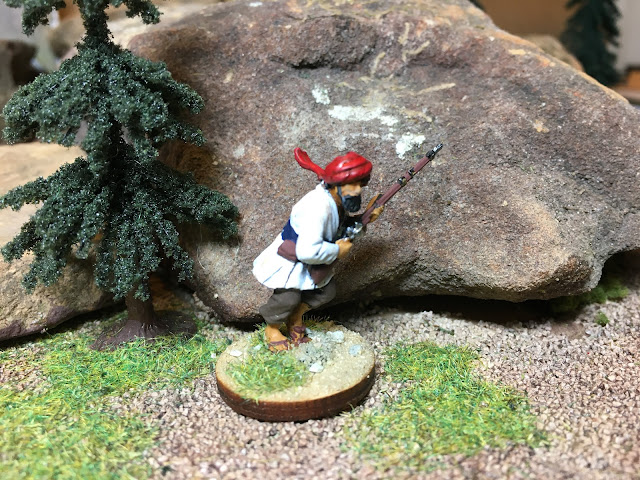 Last but not least, one figure mounted on a base. Yep. He's the first to go when there is a casualty. 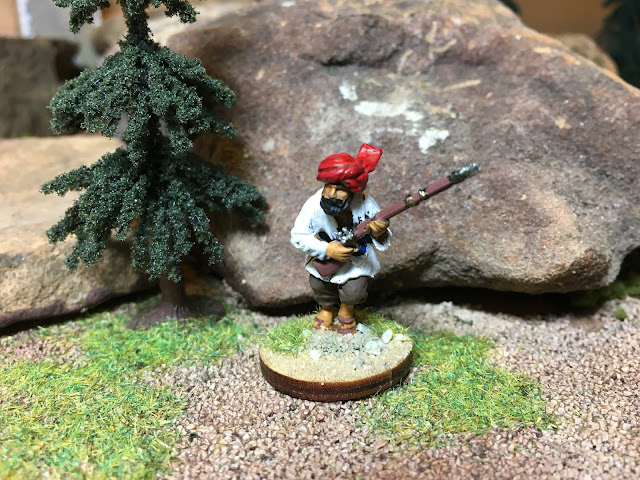 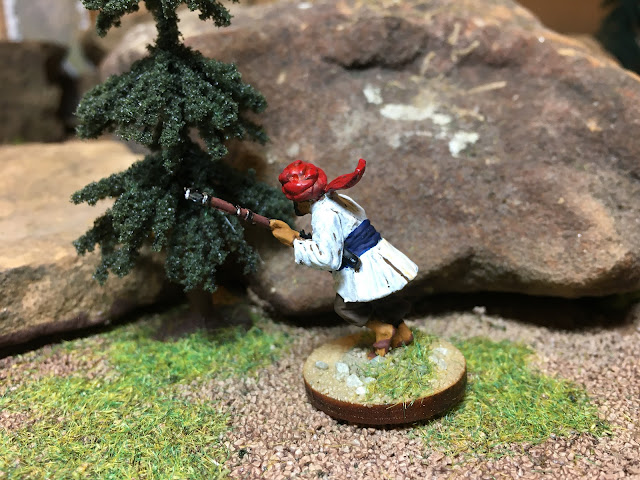 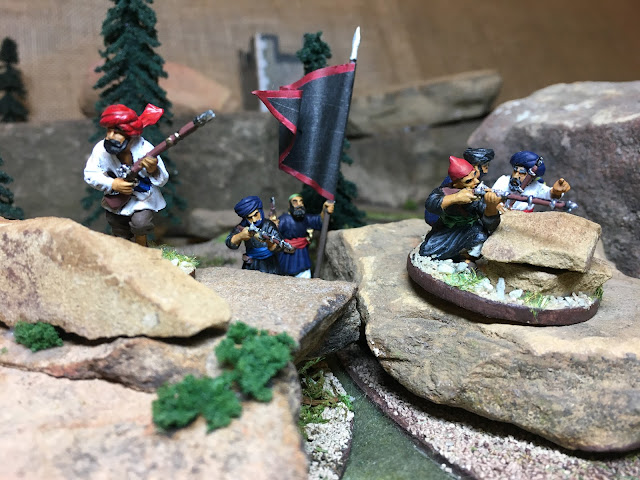