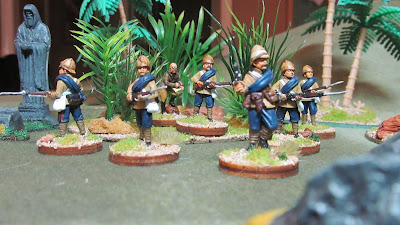 Somewhere on patrol is The Queen's Own African Rifles . . . 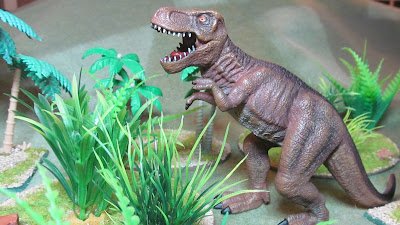 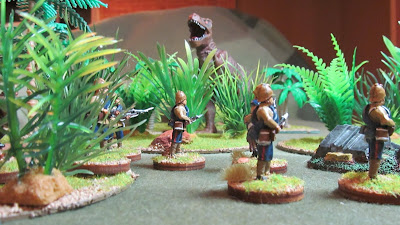 Blimey!  It's a Meglogigantasaurus with sharp teeth and claws! 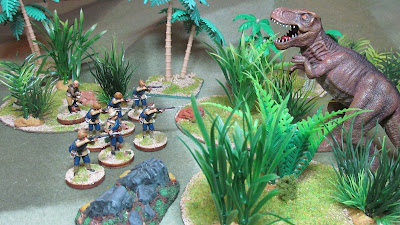 "Form a firing line!"  Note that Melton is sketching the action. 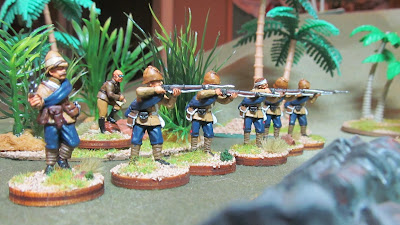 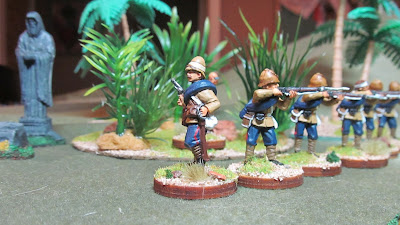 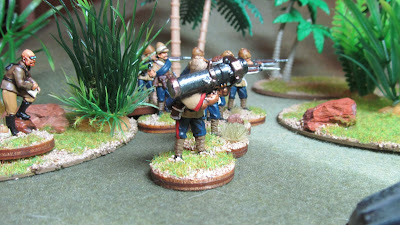 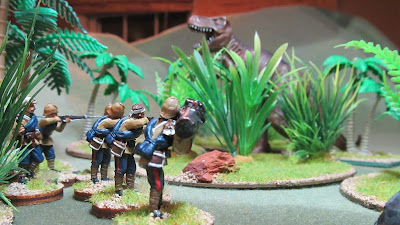 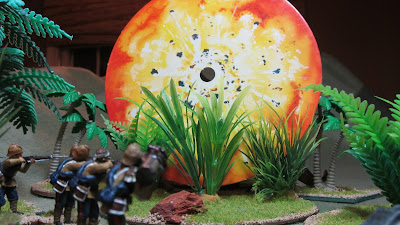 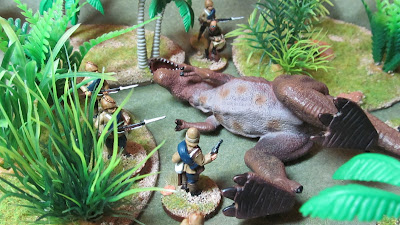 
The Congreve Rocket Gun was developed by the Royal Engineers (Ubique Quo Fas Et Gloria Ducunt) and is an extremely effective weapon against point targets and is useful as an area weapon as well.  The Rocket Gun fires rocket-propelled explosive or gas grenades.  The standard compliment carried by a Sapper is 4 grenades. 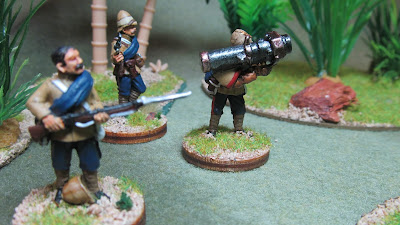 The Rocket Gun figure is a conversion of  a Perry Miniatures British rifleman in Indian Service dress and a Space Marine from Games Workshop.  I sliced off the rifle, carefully moved the left arm over and then glued a cut down rocket launcher to the figure.  The shoulder pad from the Space Marine serves as a blast shield for the arm. 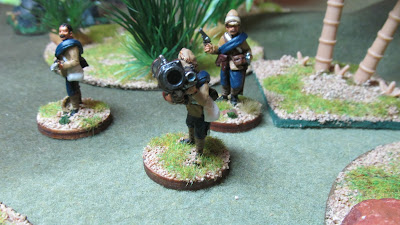 When you positively, absolutely, have to take the target out!
Posted by Neil at March 11, 2017