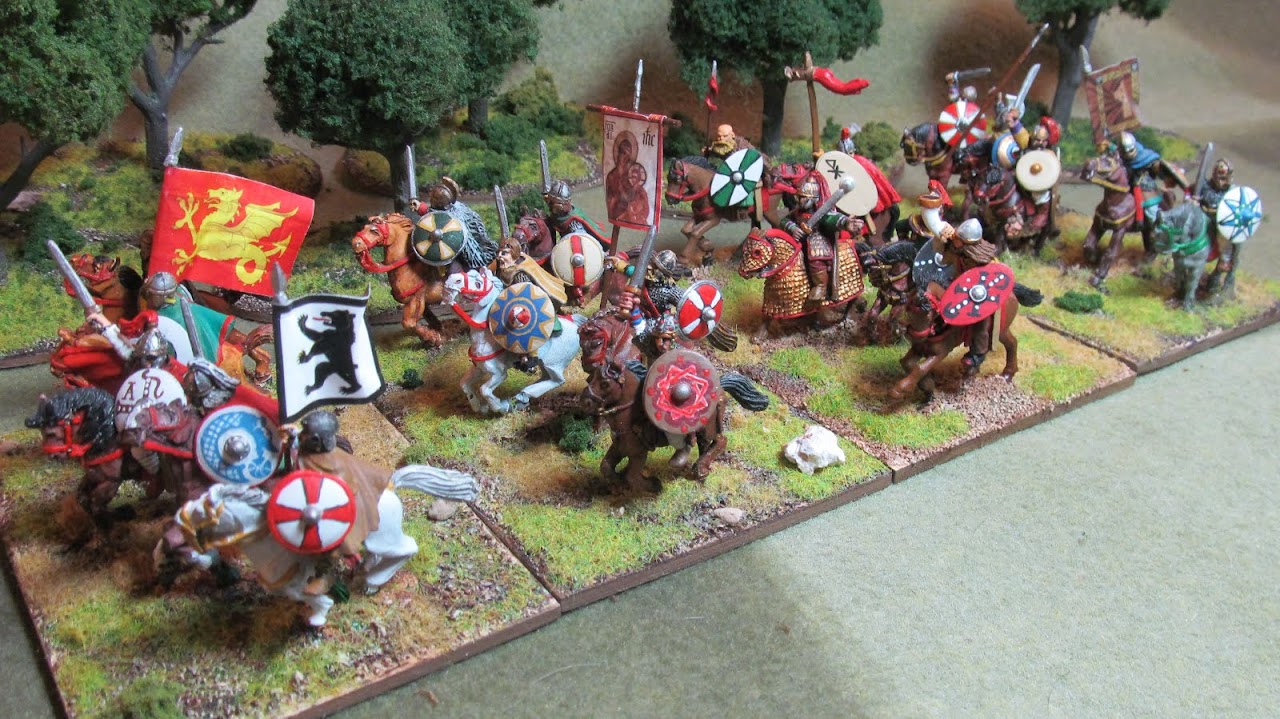 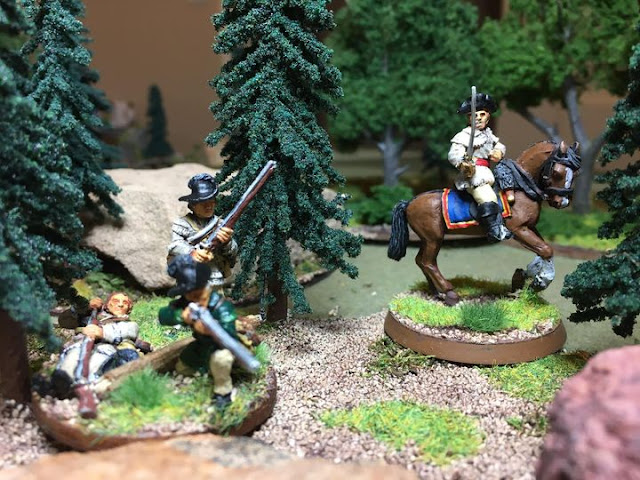 American riflemen and Daniel Morgan; all figures by Perry Miniatures.

Perfect for Rebels and Patriots, Morgan's Riflemen or Morgan's Rifles, previously Morgan's Sharpshooters, and the one named Provisional Rifle Corps, were an elite light infantry unit commanded by General Daniel Morgan in the United States Revolutionary War, which served a vital role executing his tasks because it was equipped with what was then the cutting-edge rifle instead of muskets, allowing superior accuracy at an up to ten times the distance of the typical troops of the day. 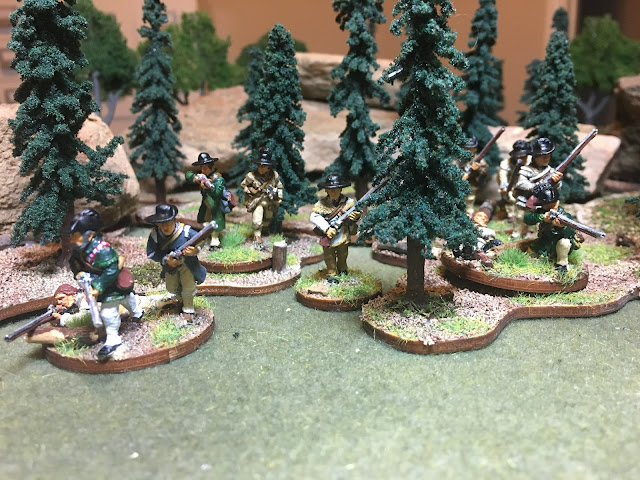 The disadvantage of the rifle is that they were individually made by craftsman, and due to the rifling of the barrel, a bayonet could not be affixed giving a disadvantage against British troops or Loyalists armed with the bayonet. Most riflemen carried tomahawks and hunting knives for use in close combat ambush opportunities. 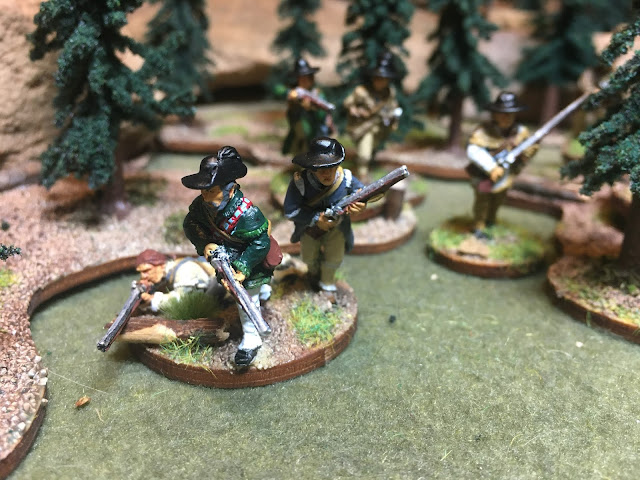 Daniel Morgan got his start in the Revolutionary War in 1776 as the Captain of a small rifle unit set up by the state of Virginia, one of 10 such units commissioned by Congress. Morgan's had 69 men, and quickly got the nickname Morgan's Sharpshooters. Morgan's most significant action in this period was support for the invasion of Canada, and the Battle of Quebec in which he was seen as a hero, despite General Benedict Arnold's overall failure and their subsequent capture. The novel Arundel, by Pulitzer Prize winner Kenneth Roberts does an excellent job of detailing the hardships of the Quebec campaign. 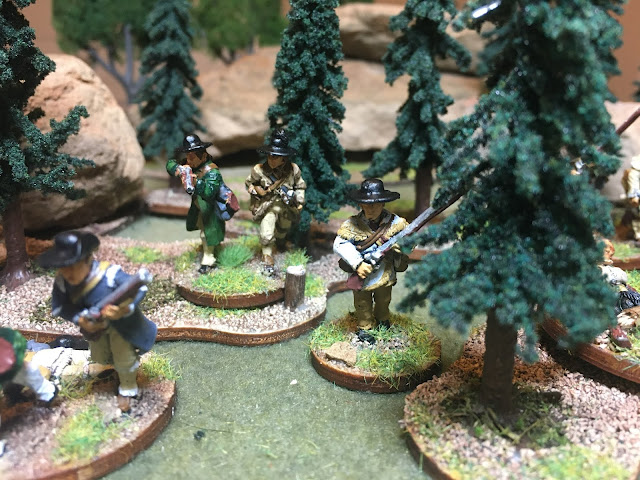 In early 1777, when Morgan was freed from captivity, he was commissioned as a Colonel and assigned command of the 11th Virginia Regiment, and a few months later was also instructed by George Washington to form a Provisional Rifle Corps, men skilled with the use of the long rifle, from his and other nearby regiments. 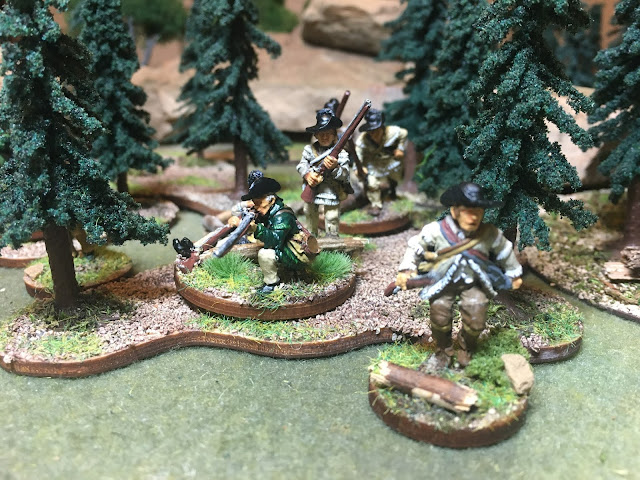 Having done so, his first assignment was to harass General William Howe as he retreated through New Jersey. Morgan did so by having his 500 riflemen snipe the enemy troops as they moved, using their longer range to do so from safety, an unusual tactic for that day. 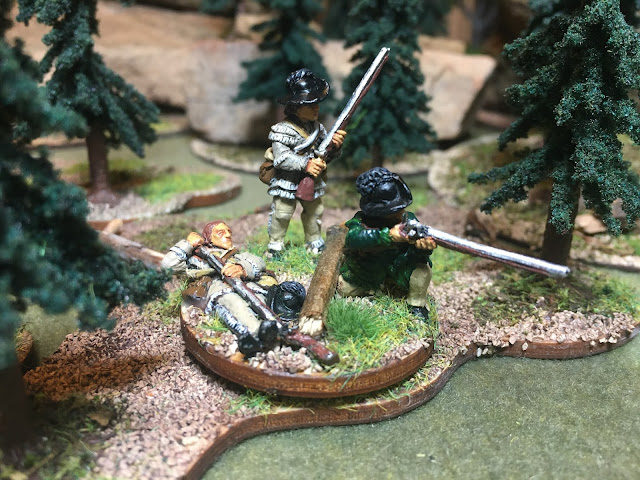 Sent to join the northern army headed by General Horatio Gates, Morgan's Riflemen helped establish better conditions for the coming Battle of Saratoga, by a series of quick attacks on their Indian allies, driving them back in order to interfere with British intelligence of the American troops' movements. 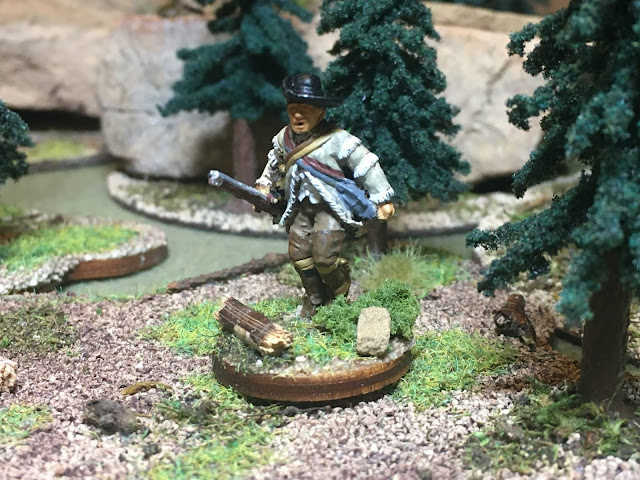 His Riflemen proved pivotal in several engagements, including driving back an advanced unit all the way to the enemy's main forces, and later helping turn the main battle by attacking from the right flank, and is credited with forcing the British retreat. In his sequel to Arundel, Kenneth Roberts chronicles the Northern Army in A Rabble in Arms. 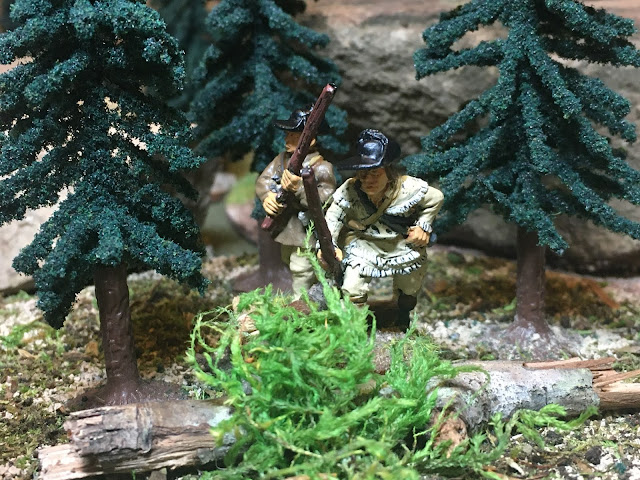 After a series of similar successes, Morgan left active service for a year, then joined the southern army with Nathaniel Greene. There his Riflemen's string of successes were capped when they were again pivotal in a key victory, the Battle of Cowpens. 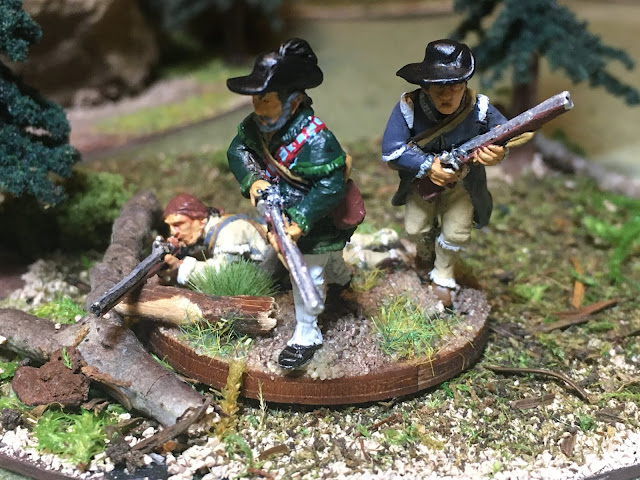 Facing a superior British line commanded by Colonel Banastre Tarleton, they met it head-on to fire three rounds (before the marching British muskets were in range), conducting a planned withdrawal to another location and duplicating the effort, then joined the main force against the now-depleted and disheartened British lines, who quickly fell into retreat. This was seen as the worst British defeat since the battle at Saratoga, both victories credited to Morgan's Riflemen and described as key turning points in the war. 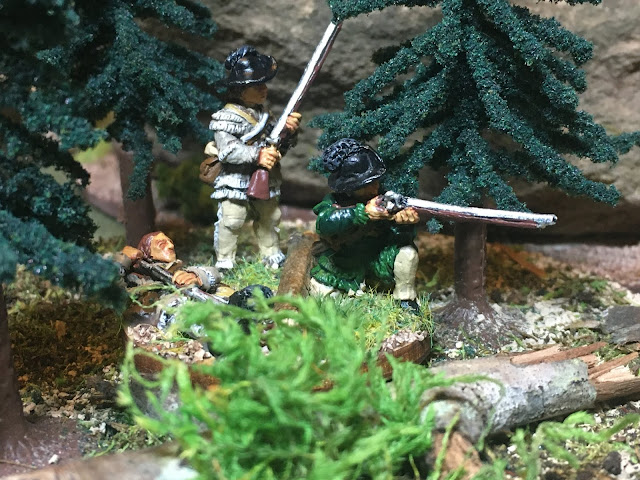 Though classified as Continental Regulars Rebels and Patriots, their unique way of fighting, and lack of bayonets, I have decided to mount the Riflemen in the alternative basing of "3", "2", "1" which I feel gives a better esthetics to the unit on the tabletop. 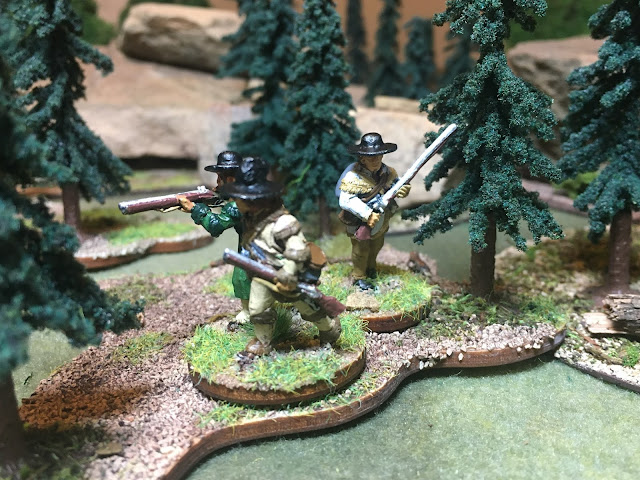 Great figures from Perry Miniatures and a delight to paint and develop "vignettes" with the basing. 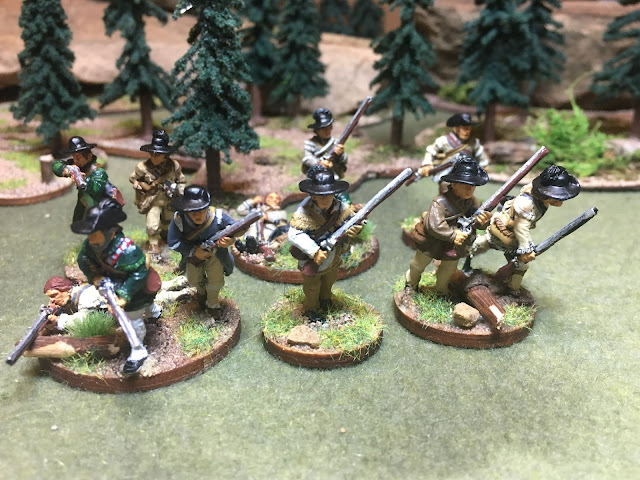 The complete unit of 12 which can also be broken into two 6 figure units. A very versatile unit that can also be Light Infantry and Skirmishers.
Posted by Neil at April 08, 2021

The Museum of Natural History Ladies Exploration Society.   Journey back once again to those thrilling days of youth when men were men, vill... 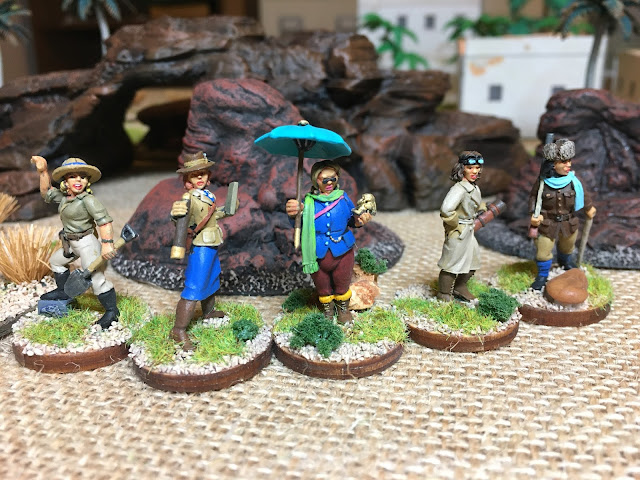