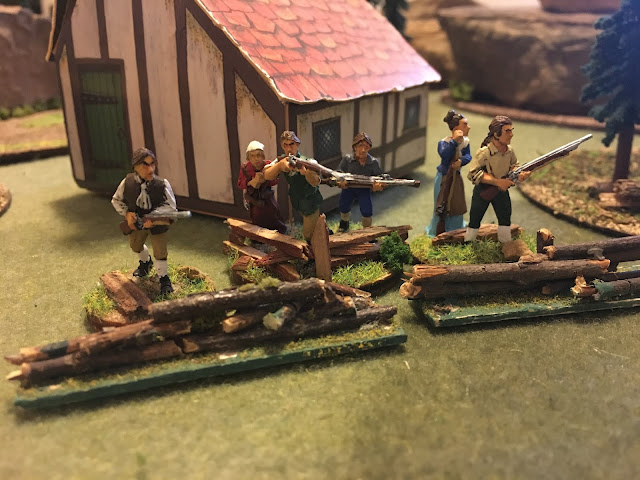 Life on the frontier can be strenuous and dangerous; but don't fear. They live in the good ole Warhammer cardstock cottage!
Another great product from Brigade Games is their Frontier Family defending the Homestead sculpted by the talented Paul Hicks. Though it is in their French and Indian War Range, it can easily be used for the American Revolution. The pack comes with 6 figures with clean lines, no flash (wow!) and only a few minor mold lines which were easily filed. 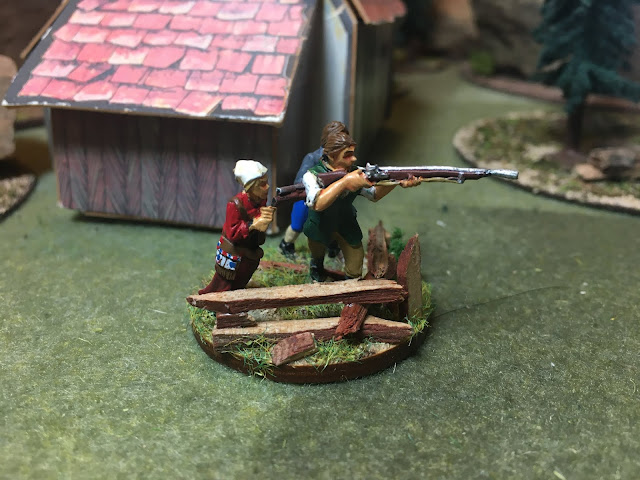 I'm planning on my Frontier Family to be a 6 figure (small) unit for Rebels and Patriots (paid link). As a result, I'm using the 3, 2, 1 alternative basing method for the game to give them a more irregular look. 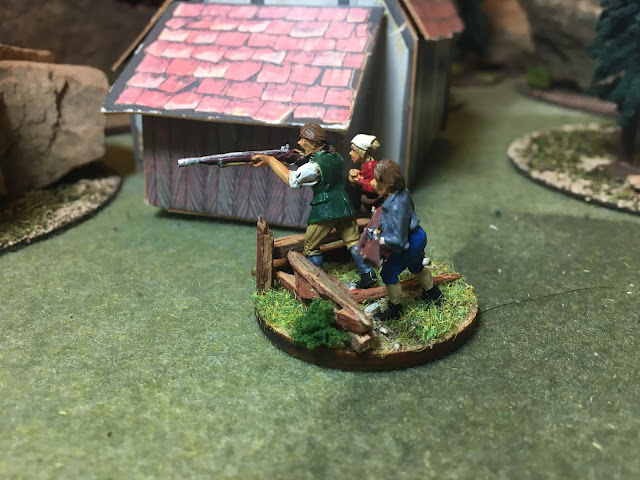 "Okay, we have to carry this half built fence with us wherever we go.
Basing three figures to a, well, base lends itself easily to a mini-vignette. Here we have a colonial with musket by a half completed fence backed up with a young woman with powder horns and ammunition and a young lad carrying extra muskets. 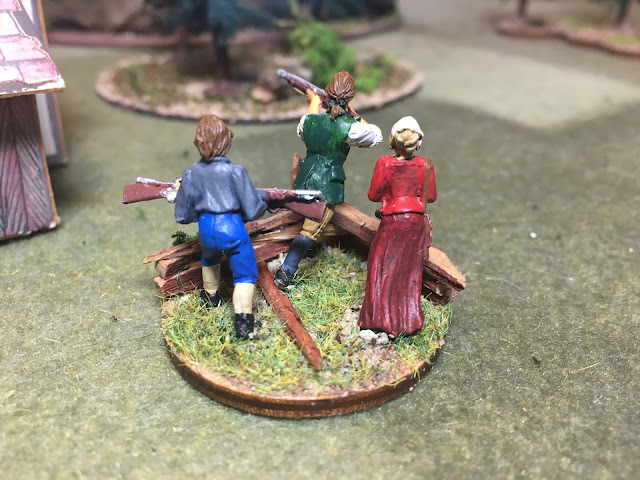 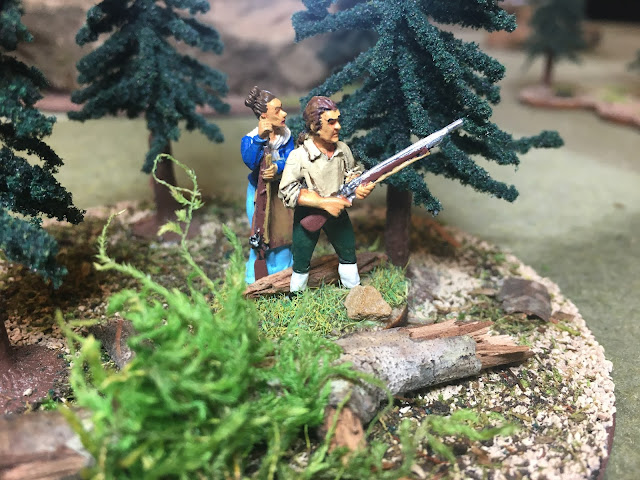 Hmmm, this man of the frontier looks awfully familiar.
The next two figures can easily be husband and wife, and I have based them together to make it so (thank you Jean Luc for permission to use your catch-phrase). I really like the animation and sense of action that come with all 6 figures. 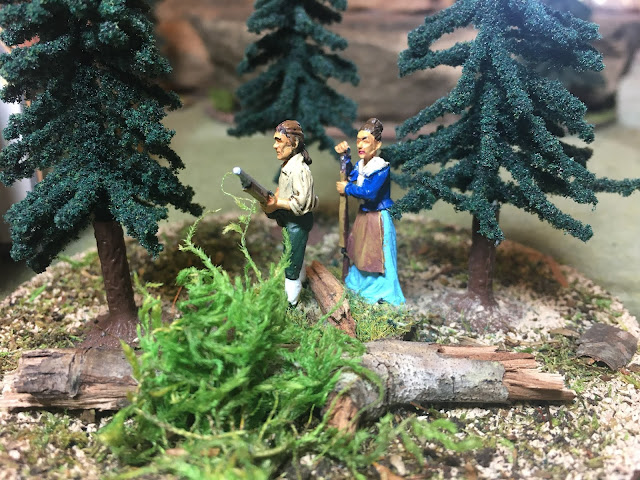 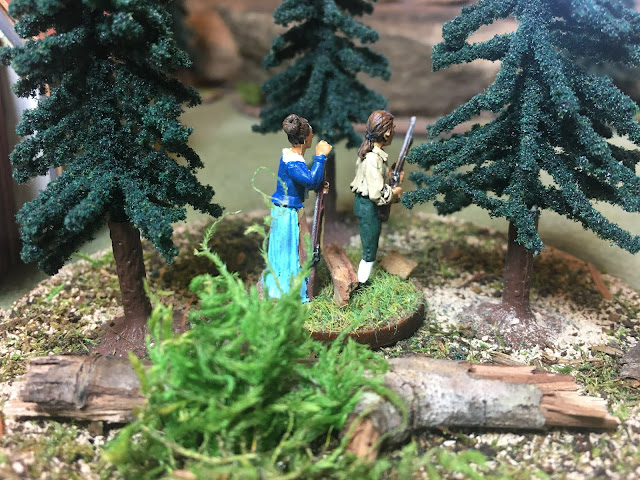 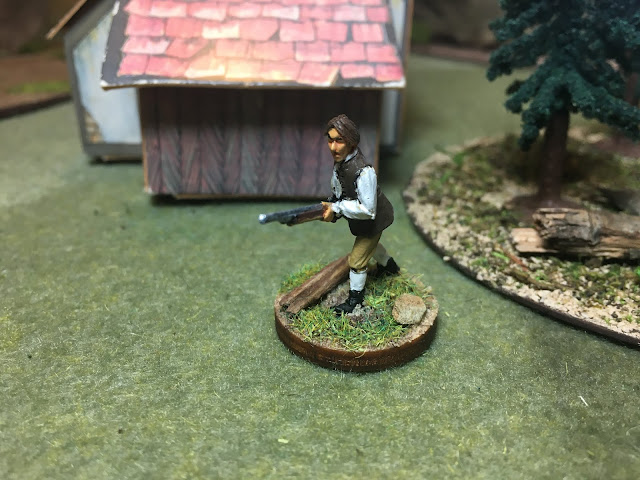 Last but not least is a teenager, younger man or son with musket. Yep, you guessed it. Since he is mounted by himself, he will probably be the first casualty! 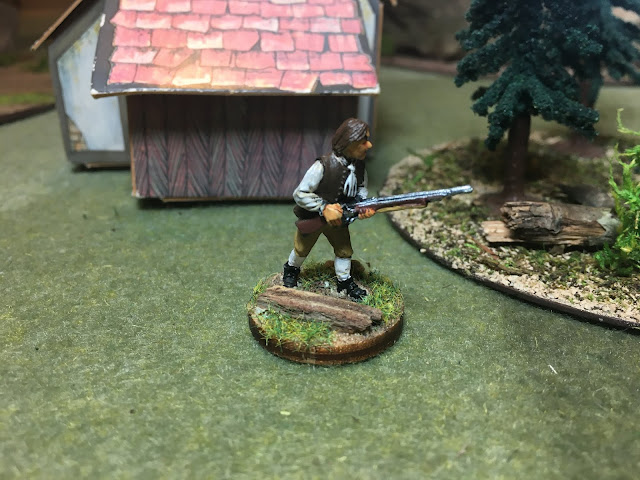 Here is my initial visions (not play tested!) for the "Frontier Family" unit for use in Rebels and Patriots (paid link):
Skirmishers (2 points) that are green (-1 point) for a total of 1 point.
Another option for a more "Hollywood" feel:
Skirmishers (2 points) that are green (-1 point) and good shooters (+2 points) for a total of 3 points. 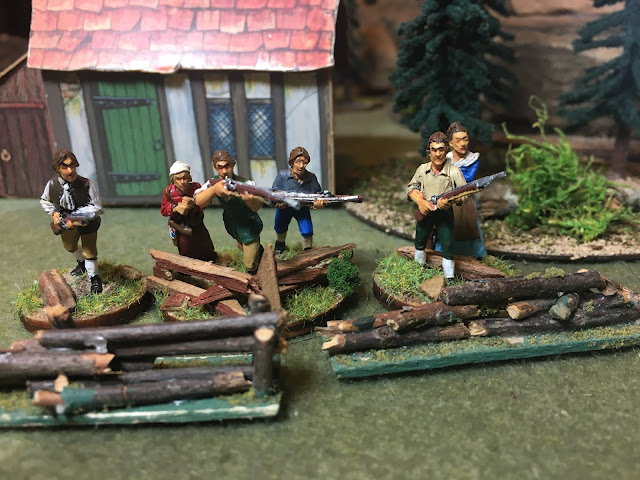 Email ThisBlogThis!Share to TwitterShare to FacebookShare to Pinterest
Labels: Brigade Games, Rebels and Patriots, The French and Indian War