Volley and Bayonet: The Battle of Oberbratwurst: The Commanders

If you are going to have an epic battle, you might as well have some epic Commanders along for the ride:

John Churchill, Duke of Marlborough. The greatest general (in my opinion) England has ever produced. He never fought a battle he didn't win and never conducted a siege that was not successfully concluded. Marlborough's stand has a Dutch officer reporting to Marlborough while his trumpeter and an escort from the Royal Scottish Dragoons look on. Next to Marlborough is the Queen's Regiment. 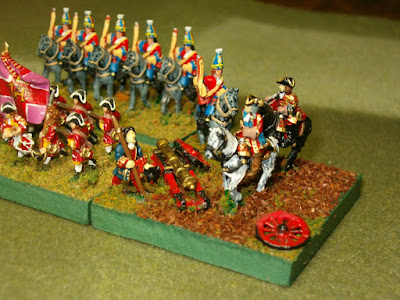 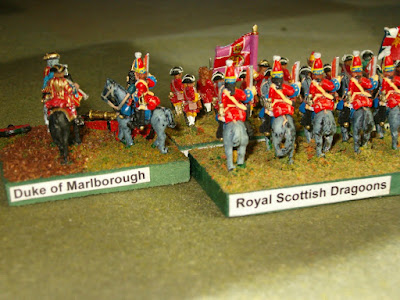 Prince Francois Eugene of Savoy. One of the great commanders of the Age of Lace; ironically, refused a commission in the French Army by Louis XIV and thus entered Austrian Service. Forged a great partnership with Marlborough. Prince Eugene is escorted by a dragoon of the Prinz Eugene Dragoons and an officer of the Darmstadt Kuirassiers. 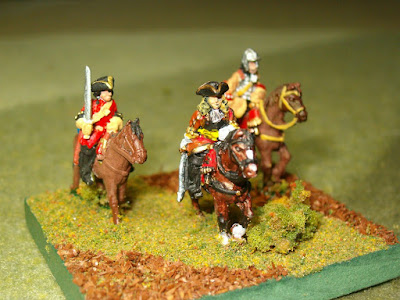 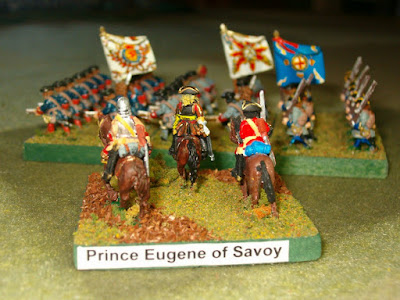 Maximilian Emanuel II von Wittelsbach, Elector of Bavaria. Max Emanuel II fought successfully against the Turks on many occasions and defeated the Imperials (Austrians) at Sieghardin on March 11th, 1703. Max is giving orders to a senior regimental officer while one of his staff officers looks on. A dragoon from the Dragoon Regiment Santani provides protection. 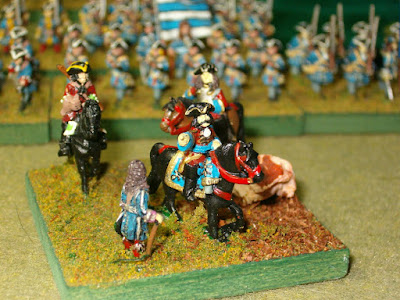 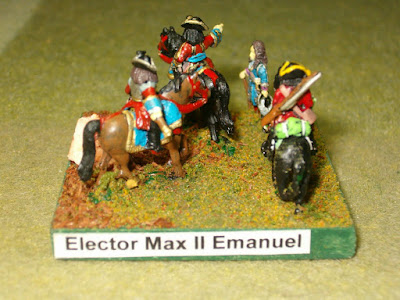 Camille d'Hostun, Comte de Tallard and Duc d'Hostun, Marshal of France. A highly successful commander, he received his Marshal's baton when he led 8,000 men against 20,000 Imperials at Speyerbach and captured the city fortress of Landau. Marshal Tallard is accompanied by a staff officer and French dragoons. 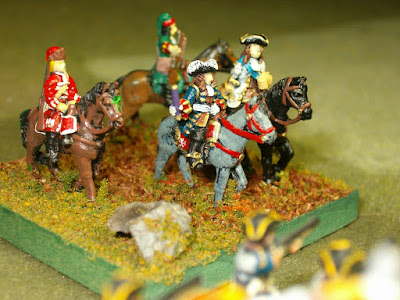 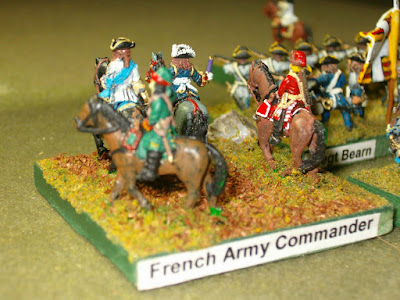