British Units for our First Battle of Rebels and Patriots 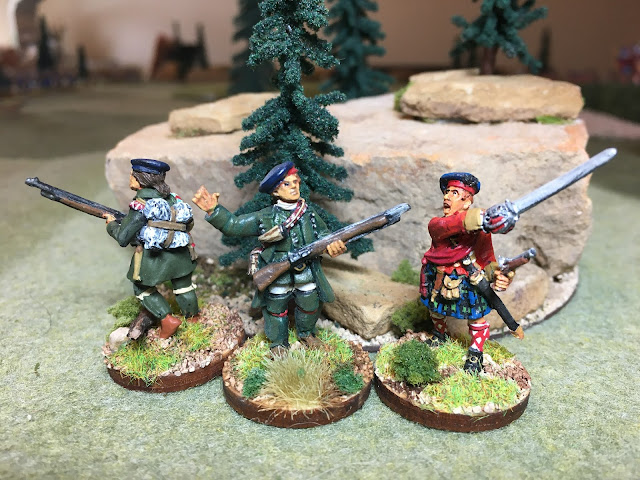 "Lieutenant McDougall sir!"
"Yes Sergeant Smith."
"Sir. We've been discovered. My rangers came across some Native scouts. We killed three of them but one got away." We pushed up and saw the French. At least two companies of marines, maybe militia. And sir, there is a large war band of Hurons with them. We can't let them Hurons in the valley. They are moving to Lament Hill."
McDougall looked at the ground and then the Ranger. "Well Sergeant Smith, if they take Lament Hill and hold it, they'll control access to the whole valley."
"Yes sir."
"Send your Rangers and your Native scouts out. I'll bring up the lads and we will send those French back to Quebec."
"Sir!"
As the ranger moved out, he could already hear the pipes . . .
And now the British forces for our first epic clash of the French and Indian War using Rebels and Patriots (Paid Link):
Our Scottish Hero: 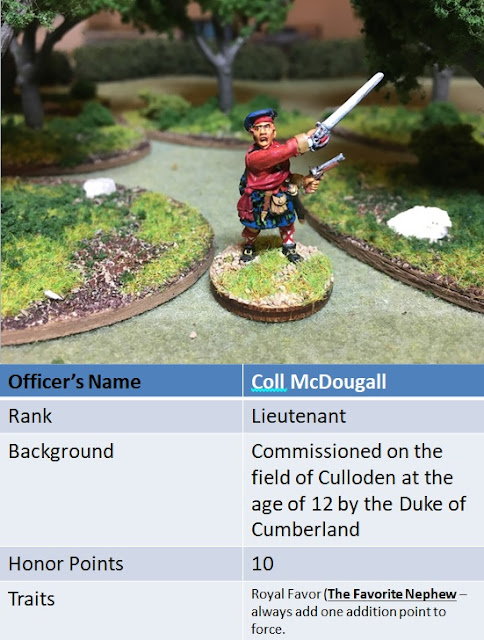 More on Lieutenant McDougall's background can be found here: McDougall. 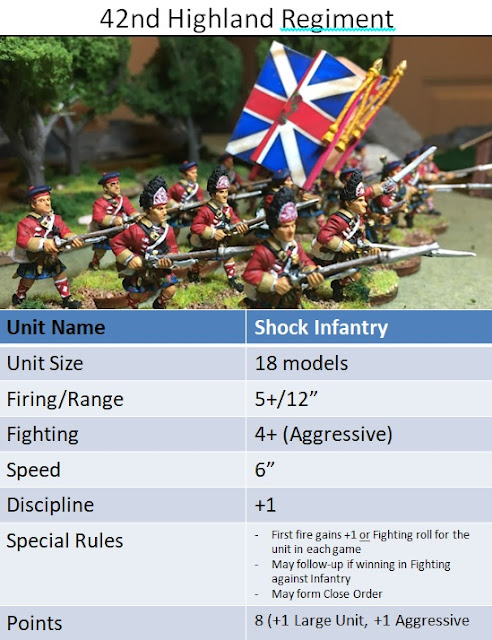 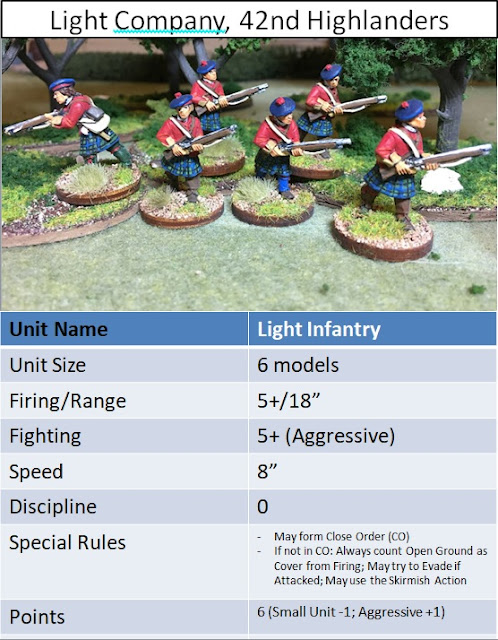 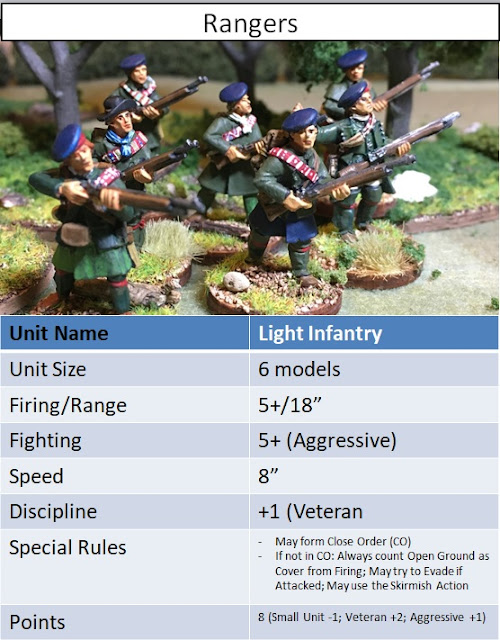 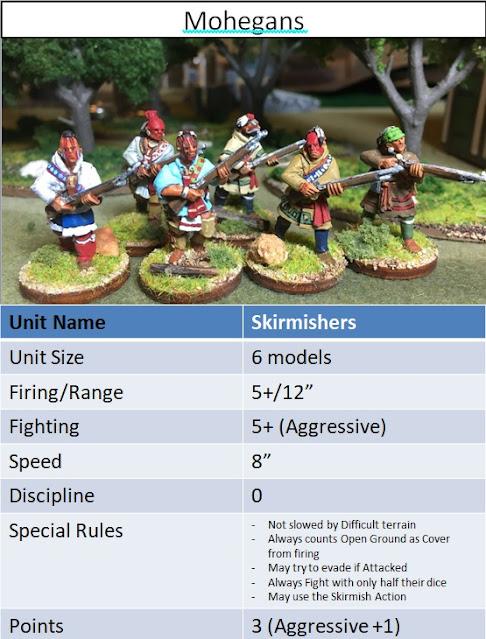