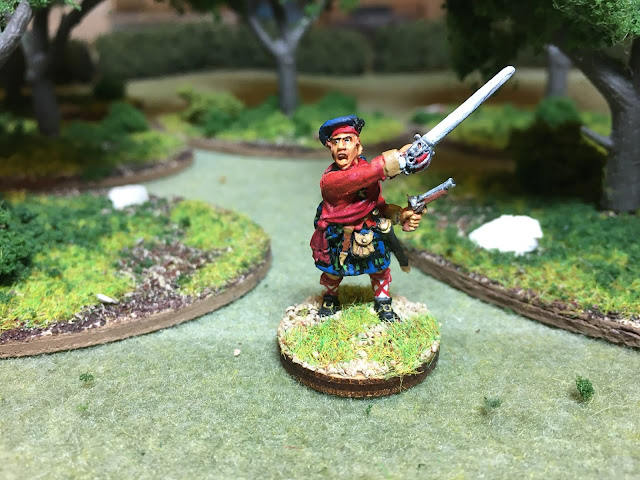 In 1749 Coll McDougall's father was a lieutenant in the Independent Highlander Companies and he accompanied him on campaign at the tender age of 11. He witnessed the horrible slaughter of the Battle of Culloden that broke the Jacobite cause, but more important, witnessed a scene that would change his life. 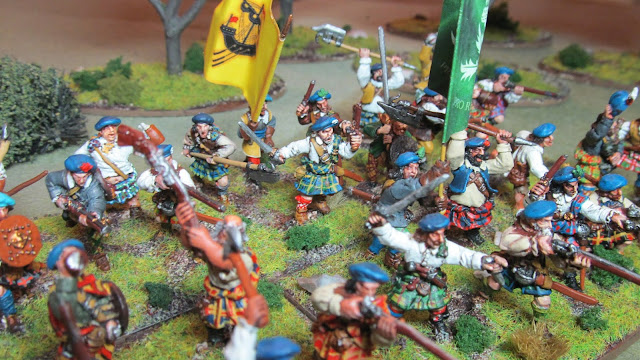 The final charge at Culloden.
Lieutenant Alexander McDougall commanded a detachment from one of the companies that guarded the wall that paralleled the battlefield to prevent the clans from enveloping the Duke of Cumberland's British army. While protecting one of his wounded men with his broadsword, he did not see the clansmen that cut him down with a mortal wound. Coll, went berserk, and picking up his father's sword, ran the clansmen straight through while yelling, "Buaidh no bàs (Victory or Death)!" Another clansmen tried to attack the young lad, but for his troubles earned a slash across his cheek from the young Coll and then he was shot by one of his father's men. 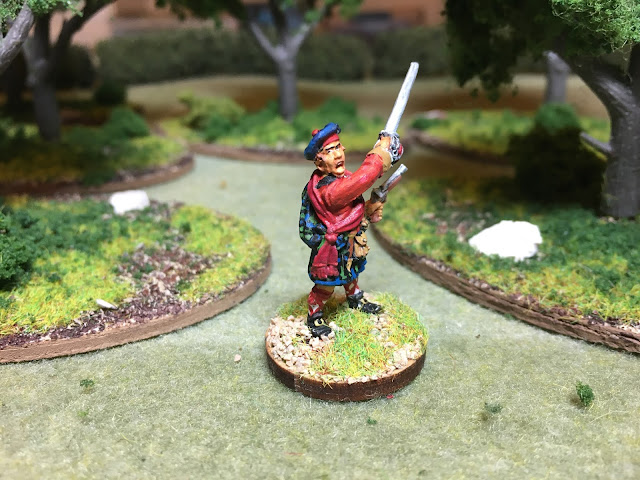 With tears in his eyes, Coll cradled his dying father's head. His father looked at him and told him, "Do not grieve me long Coll. You have earned your right to live a long life. Always do so with honor." When the Duke of Cumberland heard of the story, he asked young Coll McDougall what he could do to honor his bravery and that of his father. He replied, "I want to be an officer like my father and serve your Highness and his Majesty the King." Impressed by his reply, the duke sponsored him and paid for a commission in the then 43rd Highland Regiment. 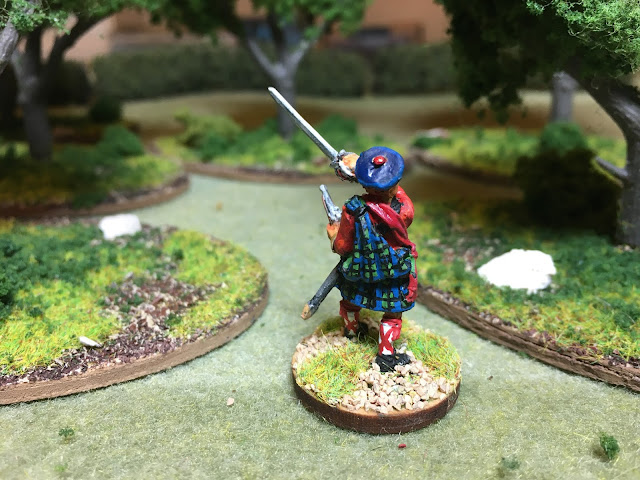 Eleven years later, Coll McDougall was sent to North America as part of the 42nd Highlander Regiment (The Black Watch) leading some of the very same men his father fought against in 1745. 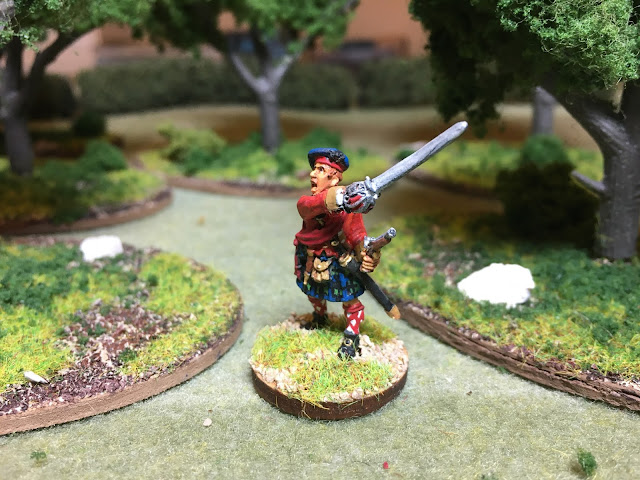 Lieutenant McDougall is my "Officer" for the British Forces during the French and Indian War using the rules Rebels and Patriots (Paid Link). One of the great things I like about the game is that the Officer that leads your force starts as a Second Lieutenant with one Officer Trait. As the games progress, the Officer can earn honor points for promotion and the addition of other traits. The traits are rolled for randomly on the, what else, the Officer Traits Table. They can help the forces you are leading or . . . well, let's not talk about that. 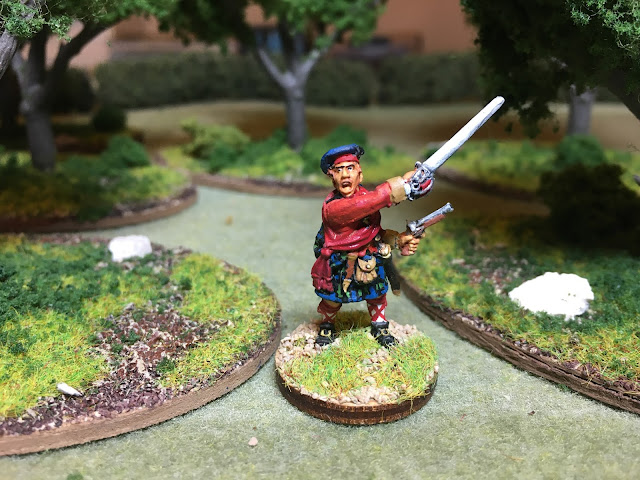 At the very start of your Officer's career you get one trait: I rolled on a D6 a "5" and a "1" which gives him the trait of the Favorite Nephew. As the Favorite Nephew he always gets an additional one point to add to his company. Companies are normally 24 points so he will start with 25. But how did he became the favorite nephew of the Major General? Thus the back story. Coll is a favorite of the House of Hanover and his royal patronage is paying off! Having a backstory and giving the figure a personality that represents me on the table top just makes it all the more fun. 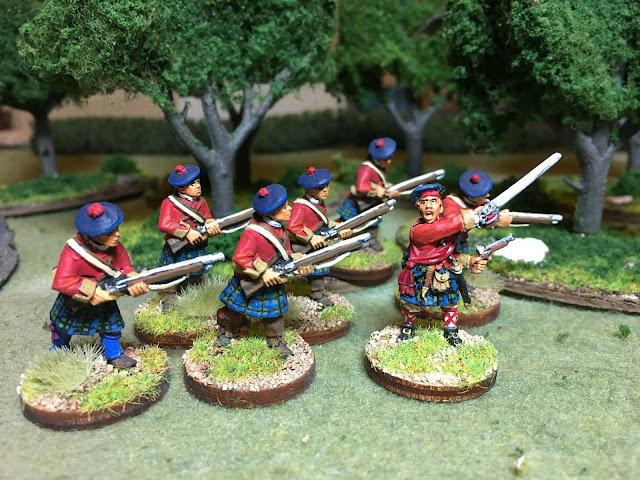 Lieutenant McDougall leads members of the Light Company, 42nd Regiment in close action against a marauding band of Coureur des Bois. Figures by NorthStar.
Though the back story is fictional, Coll McDougall is a real person and an ancestor of mine who served as a Captain in the 42nd (Royal Highland) Regiment of Foot during the Napoleonic Wars.
Posted by Neil at October 02, 2020

Email ThisBlogThis!Share to TwitterShare to FacebookShare to Pinterest
Labels: North Star Figures, Rebels and Patriots, The French and Indian War