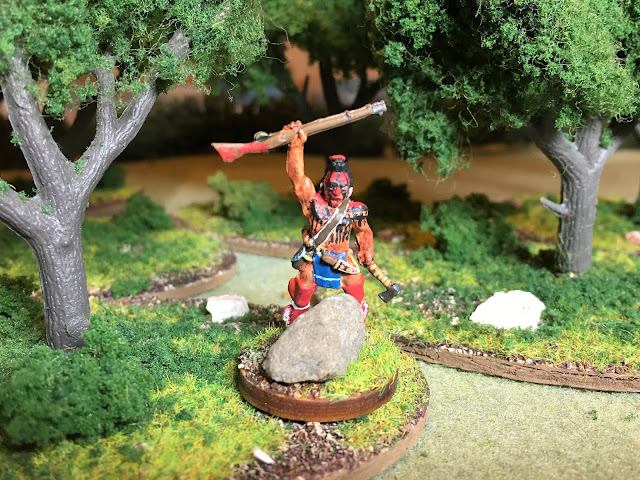 One of the things I really like about Warlord Games is the amount of individual figures and personality figures that they produce across all periods of history. When I purchased their box of metal Highlanders and Command for the French and Indian War with a coupon and their bonus system, I also picked up, on a whim, everyone's favorite Huron they love to hate, Magua. The figure is based on the character Magua (duh!) as portrayed by Wes Studi, the Cherokee American actor and film producer in the classic 1992 film The Last of the Mohicans. It is also the first Native American figure I have painted so it was a bit of an experiment for me. 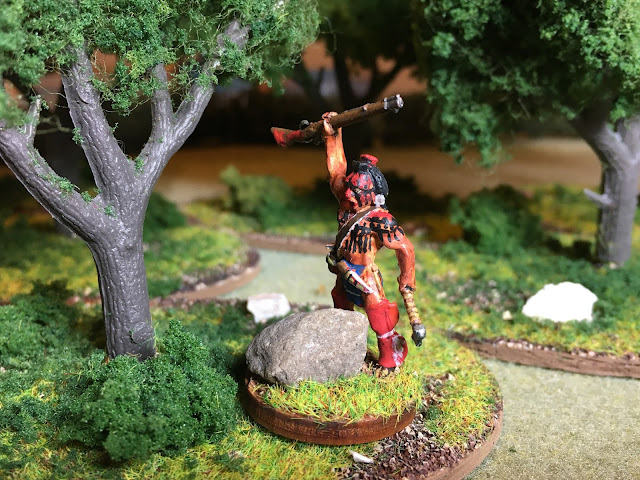 I decided not to paint the figure as portrayed by Wes Studi, but instead based it on a painting by Don Trioni of a Shawnee Warrior of the same time period. 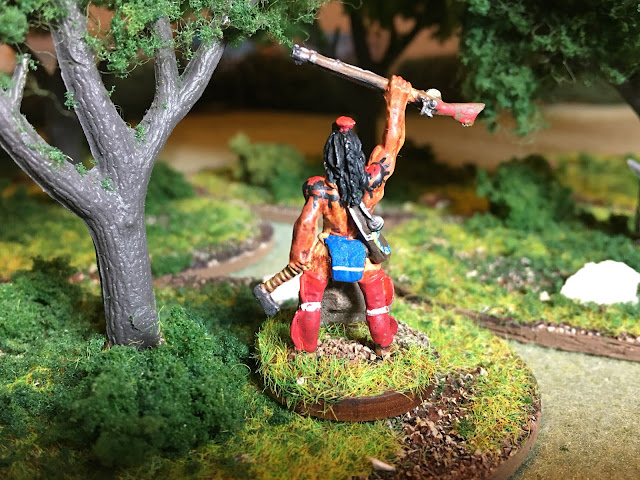 The figure is well animated with minimal flash and no noticeable mold lines. I envision he is shouting in triumph after a figure or signalling that it is time to start the ambush! At $5 US dollars it was well worth the purchase. 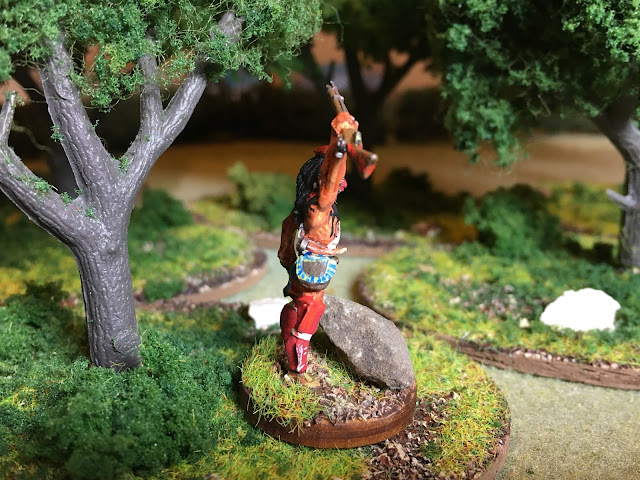 Right now I do not envision using the figure as one of my "officers" for Rebels and Patriots (Paid Link) unless I decide to paint a lot of Indians. Right now he will join a skirmishing unit or Indian Warband. 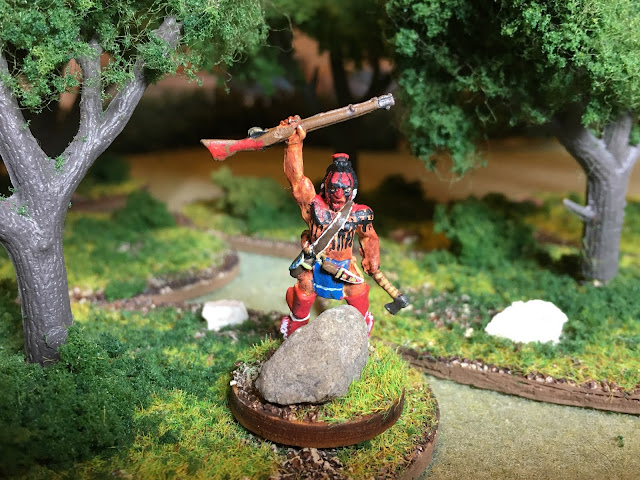 Email ThisBlogThis!Share to TwitterShare to FacebookShare to Pinterest
Labels: Horse and Musket, Muskets and Tomahawks, Rebels and Patriots, The French and Indian War, Warlord Games