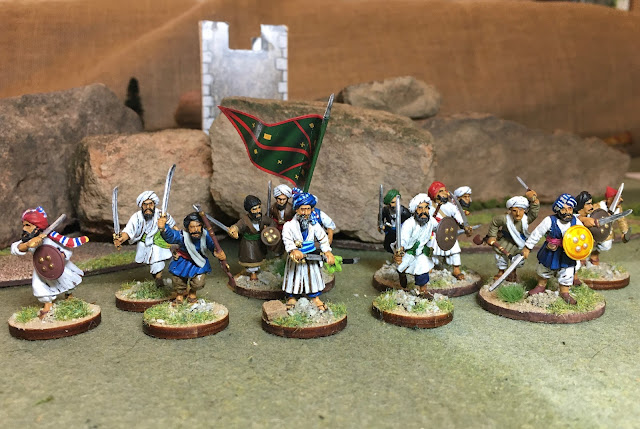 The first 16 figure Tribal Infantry Unit is ready for action.
Now that the last 4 figures are complete (I took a lot of pictures of them for a how-to that I will post later) here is my first force of Tribal Infantry for the game The Men Who Would be Kings (Paid Link) which I attempted to paint as Pashtuns from the Afridi tribe. The Afridi's are noted as wearing black and blue garments; put from contemporary photos, illustrations and diaries, this is not a hard and fast rule. 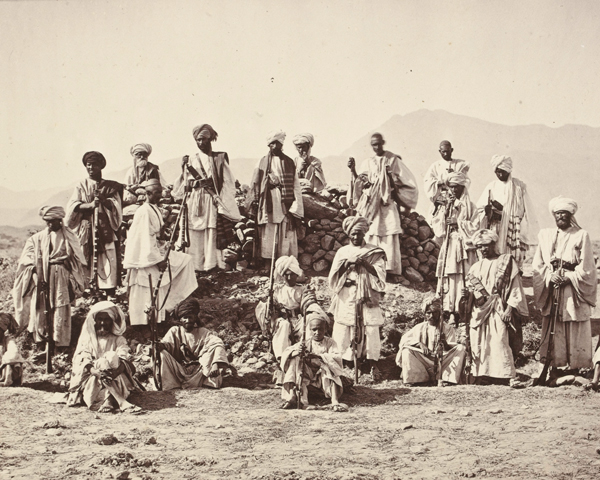 Afridi Tribesmen circa 1880
The team photo also gives you an idea of the variety of combinations that are possible with the hard plastic box Afghan Tribal Infantry (Paid Link) from Perry Miniatures.
Here are the final four: 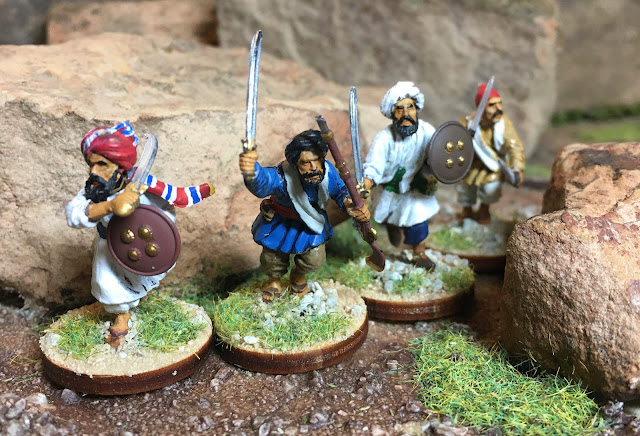 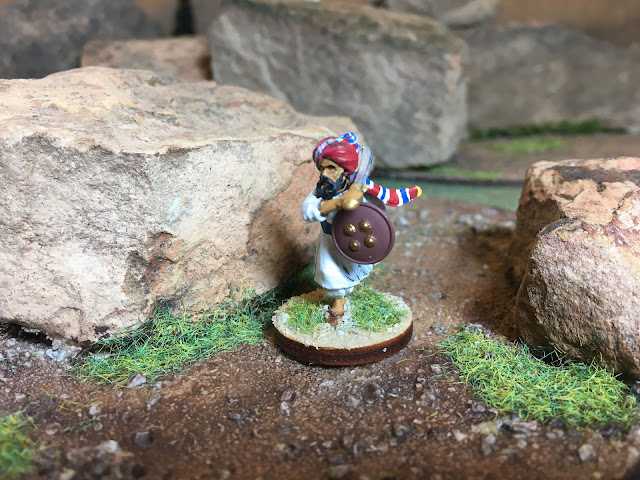 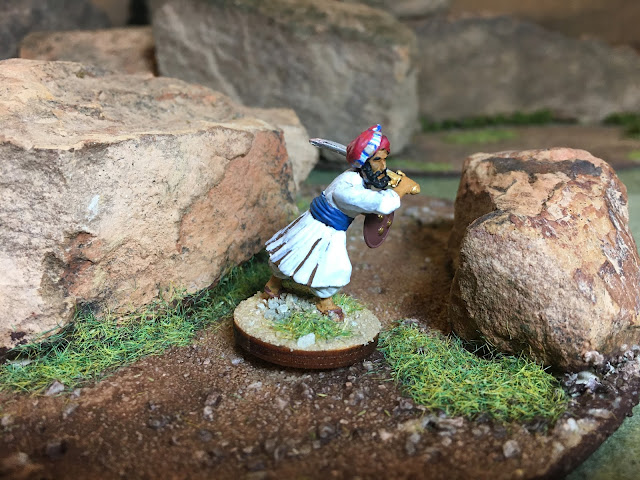 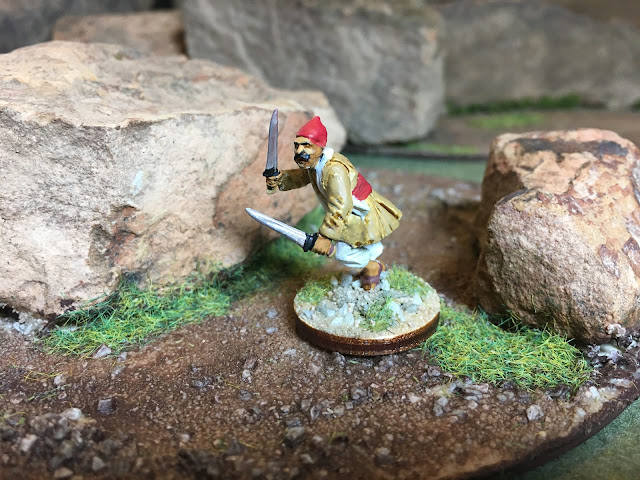 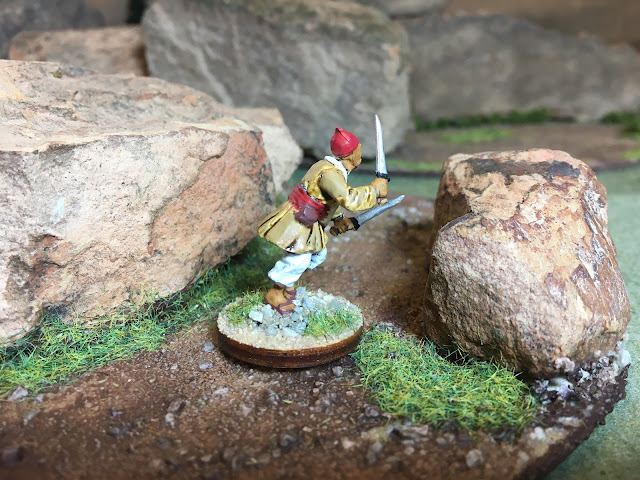 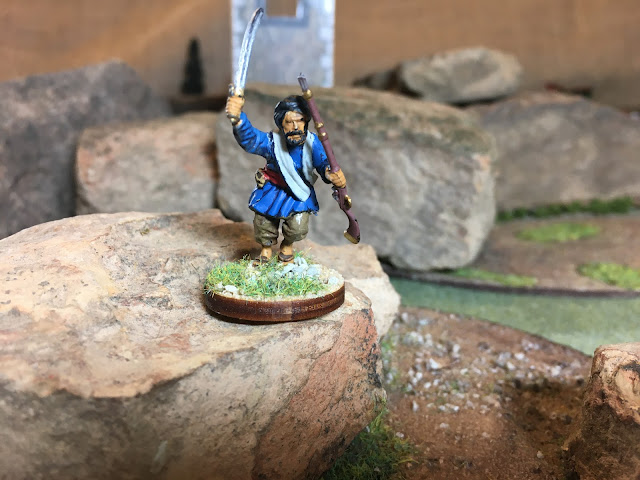 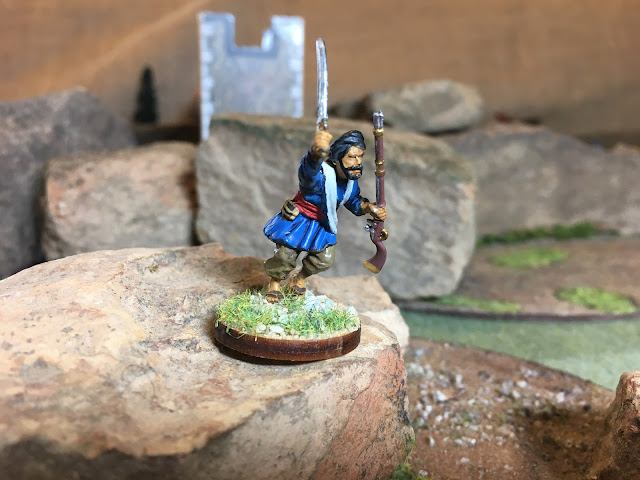 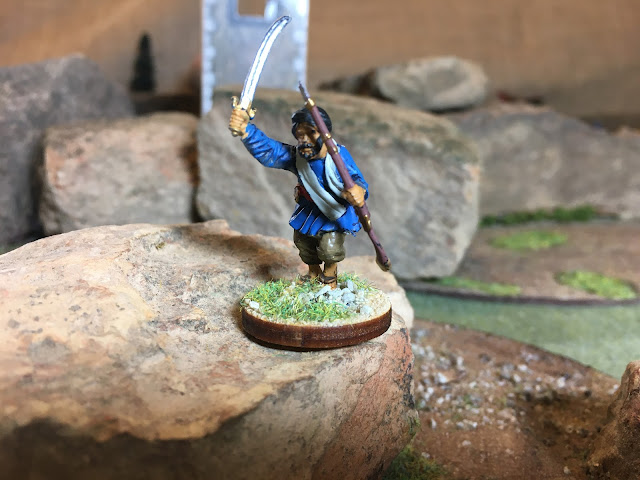 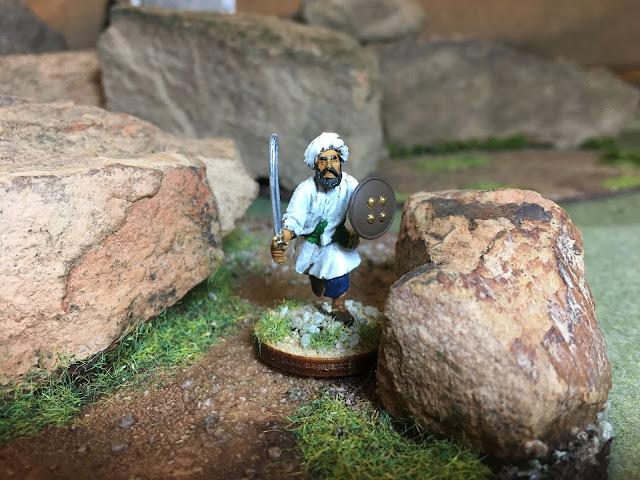 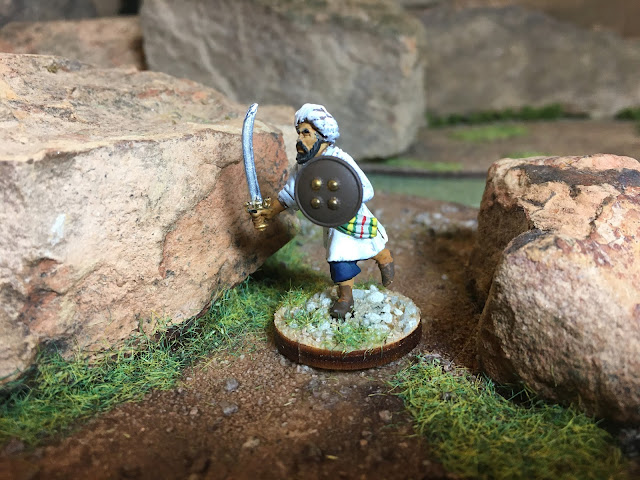 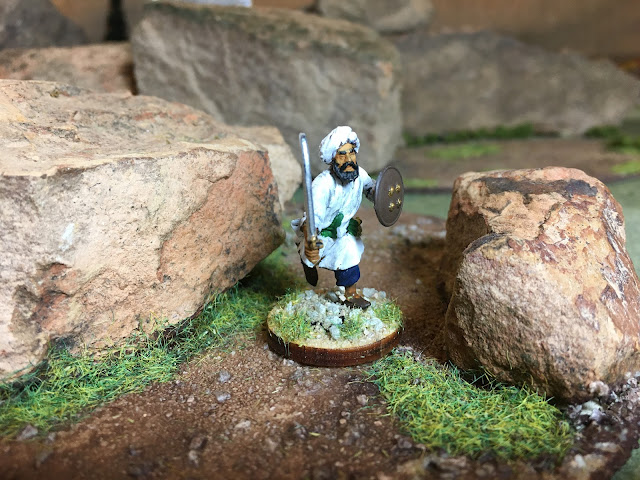 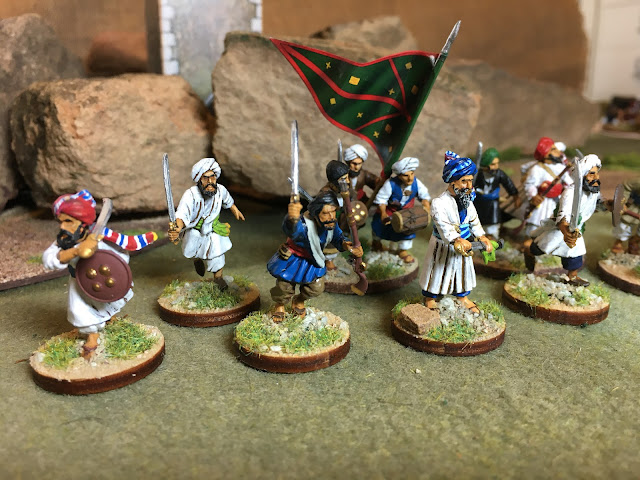 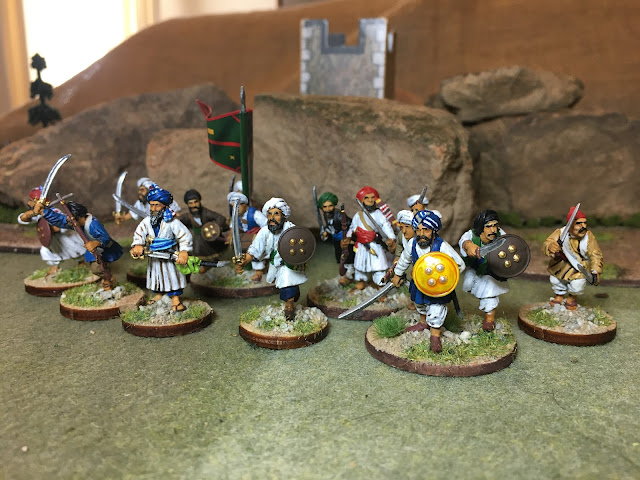 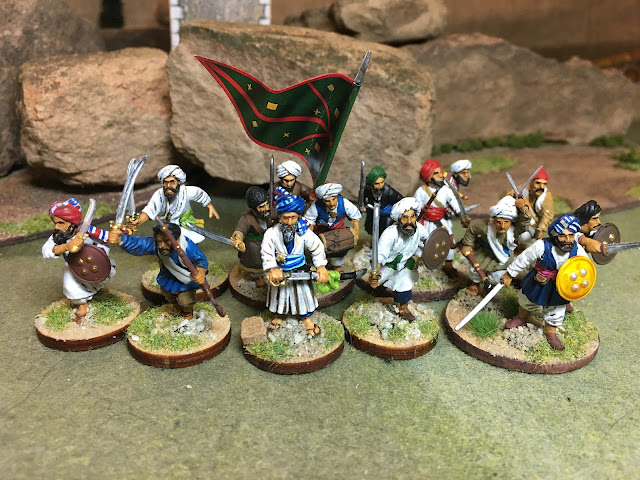