The Jodpur Lancers: Arrrggghhh! How could I miss this Detail? 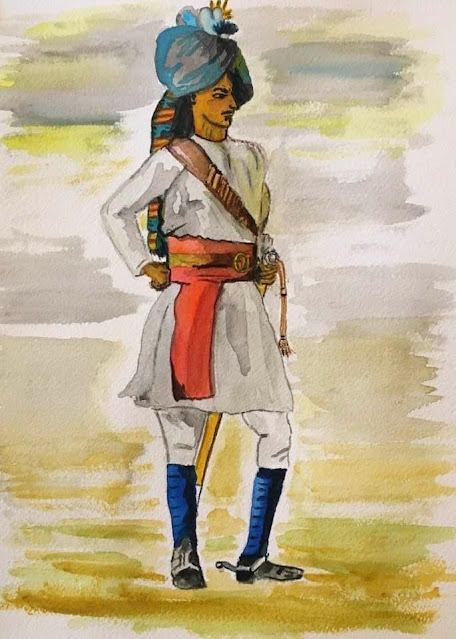 A watercolor I did based on an original by Major A. C. Lovett of a Jodhpur Lancer Sowar.
January of 2022 was an interesting health month; not only did I catch strep throat but I also came down with the virus that Dr. Evil unleashed on the world. On the gripping hand, I did get to read a lot (thank you Amazon). One of the books that I read was The Frontier Ablaze: The North-West Frontier Rising 1897 - 98 (Paid Link) by Michael Barthorp and Color plates by Douglas N. Anderson. The book is meticulously researched, has great photos and fantastic color plates. While reading it a came upon a unit: The Johdpur Lancers of the Imperial Service Troops. What the heck are the Imperial Service Troops? 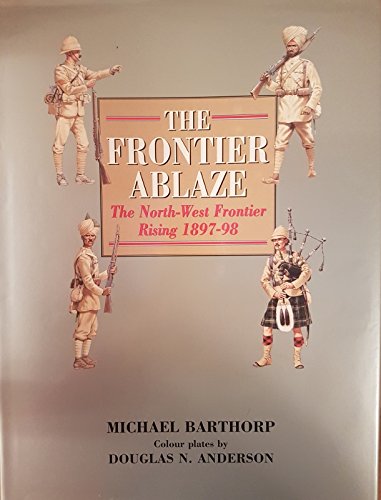 The Imperial Service Troops were created in 1888 from amongst the armies of theIndependent Princely Indian States in British India. Under the scheme troops from the participating States were trained under British supervision but completely led by Indian officers and were then used both on the North West Frontier of India and in places as far away as China  during the Boxer Rebellion and Somaliland. By the turn of the Twentieth Century the force numbered about 19,000 men. One of the units participating in putting down the uprisings of 1897-98 were the Johdpur Lancers. I need to find out more about this unit! So I purchased (thank you Amazon) Jodhpur Lancers (Paid Link), by Michael Creese. Every hear of the Battle of Haifa during World War I? You have to read this book!
I decided then and there that I needed to paint this unit for my British Indian Army. After checking my favorite miniature manufacturers I purchased two packs of Perry Miniature Bengal Cavalry with Lances (Sikh) and one pack of Bengal Cavalry Command. Now to do more uniform research and cross reference with the photos and information in Jodhpur Lancers. Needless to say, there is a wealth of information in Jodhpur Lancers and some great information on the internet. Here are some images: 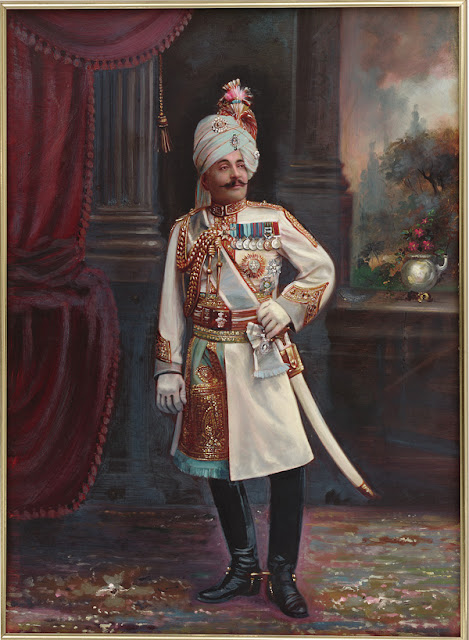 Major General Sir Pratap Singh, KCSI, GCVO, KCB and Honorary Colonel of the 34th Poona Horse who raised and trained the elite Jodhpur Lancers. He was a man's man. 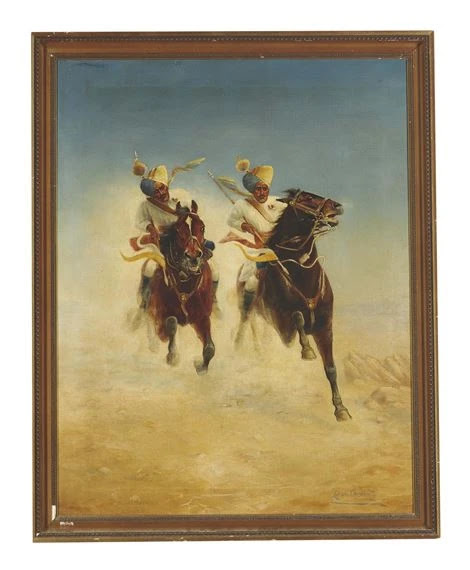 Sowars, Jodhpur Lancers.
I then painted a test figure using an extra Artizan Design figure carrying the flag of the Princely State of Jodhpur. I doubt seriously if the flag was ever carried into battle, but it sure looks cool! 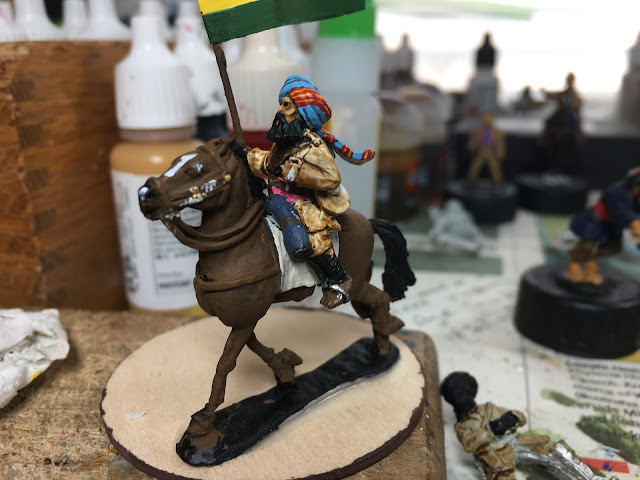 Work in Progress (WIP) test figure for the Jodhpur Lancers; miniature by Artizan Designs.
And then I noticed something. A missed historical detail. To understand how frustrated (and anal I can be) let me give you some background about me. I'm a retired Colonel of Infantry with a BA in Political Science, and MS in Education, a Masters of Military Arts and Sciences, and a PhD in Military History. I've fought in two wars and countless smaller ones on three continents. I led thousands of men and women into battle with everything from horses and swords to artillery and TANKS! I've seen the headwaters of the Nile, and tribes of natives no white man had ever seen before. I've won and lost a dozen fortunes, KILLED MANY MEN! And loved only one woman, with a passion a FLEA like you could never begin to understand. Oh wait a minute. That's Hub McCann from the movie Second Hand Lions.
The Jodphur Lancers are Rajputs - and Rajputs don't wear beards. 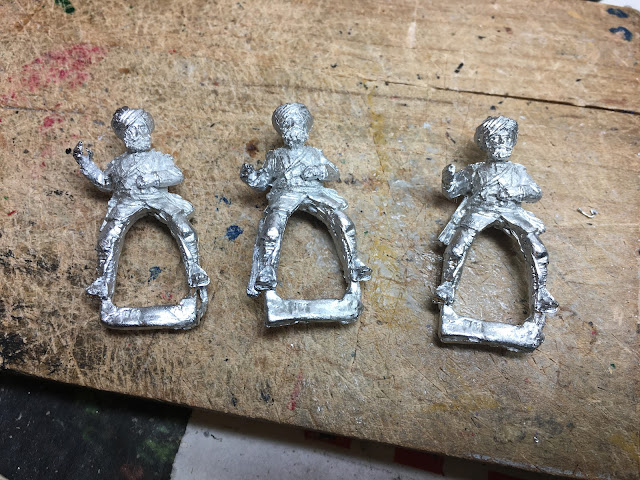 Arrrggghhh!
My box of Perry Afghan has extra heads with mustaches that are pretty close to what the Jodpur Lancers would look like. So do I decapitate 8 figures (maybe decapitate is not the right word), do I behead (nope not that either), do I remove the uppermost portion of the figures and replace the heads or paint them as a Bengal Lancer unit? Head removal (gory) is a daunting task. What to do?
Posted by Neil at May 26, 2022