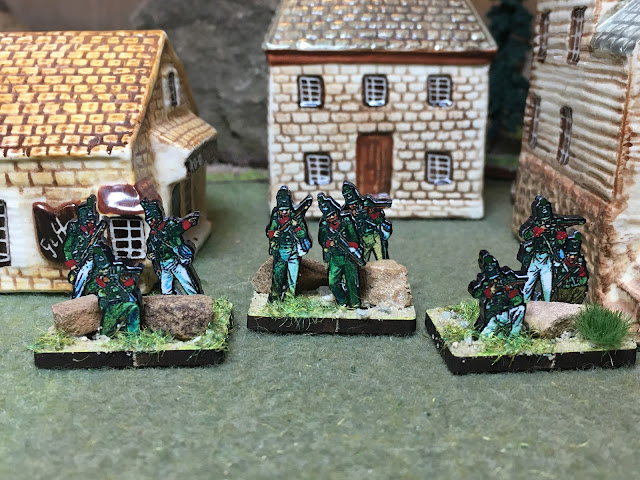 A company from the 5th Battalion/60th Rifles.

When I posted my recent purchases on several popular miniature gaming boards, I was surprised by several reactions on one board:

Of course this allows people to afford to wargame and bring more people to the hobby, which are good reasons but:

1. Nice idea but their research is a bit sketchy; white facings?

2. The colours are in the wrong positions for honour. (Referring to British line infantry battalions)

3. OK! It just makes one wonder why wargamers, even those just starting in the hobby bother with tomes of historical battles, uniform research, sable brushes, paint etc. Oh! And in some cases, conversion, to painstakingly strive for uniform accuracy of each individual figure. The Napoleonic uniform was one of the top reasons for drawing me to the hobby. I wonder what drew others? 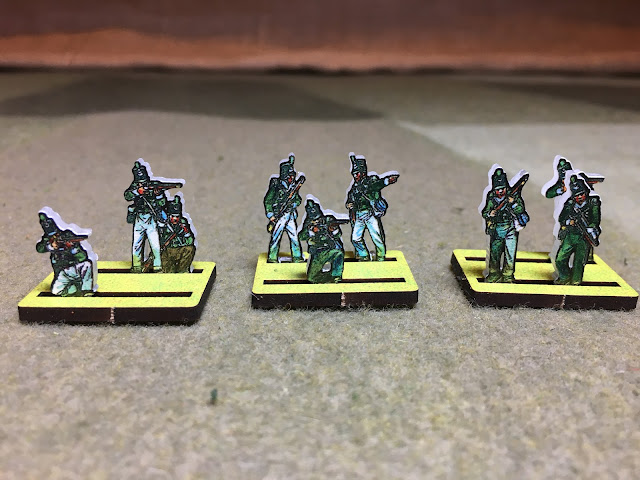 The original photograph that caused the "controversy".
As a retired Colonel of Infantry of the US Army, Military Historian, and semi-mature adult, I wisely (in my opinion) did not decide to respond and go down those rabbit holes. I only made one response to the last comment:
"Maybe the fun, the social activity and the fun of gaming?" 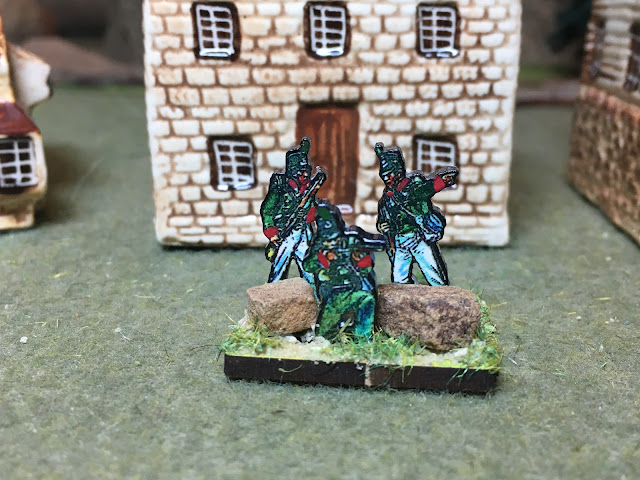 Anyway . . . in my experience yes the uniform regulations say one thing, but the reality? Heck, even during my service in the "modern" era, I didn't always wear what the regulations said (where did that British scarf and German fur line boats come from anyway?).  Basically, it's just how you want your armies to look, parade ground or what they looked like in the field. Even today, modern dyes fade and there were color variations. In the late 18th Century and early 19th Century, it was even worse - and I won't even discuss the issue of resupply! 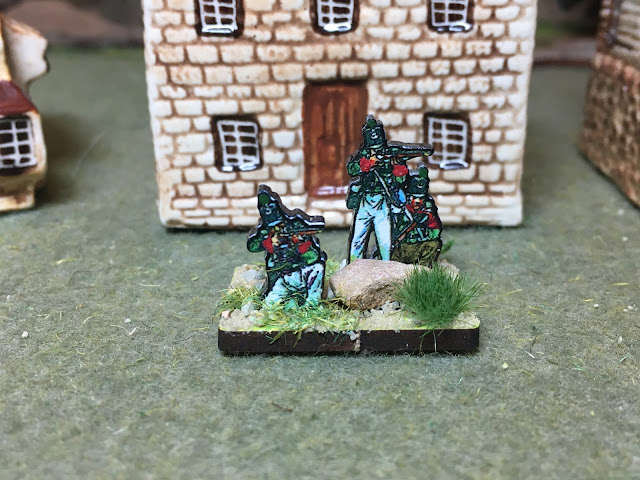 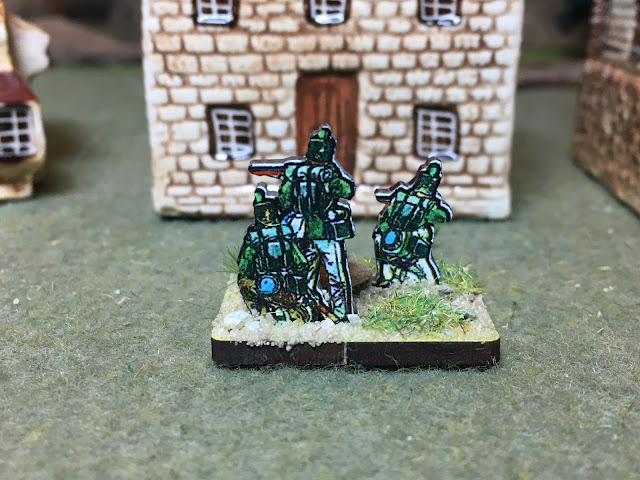 They way I looked at the British rifle figures with white facings, grey trousers and white trousers is that you can make them whatever unit you want. They can be the 95th Rifles, the Light Infantry of the King's German Legion (KGL) or the 5/60th rifles with just a little work. I decided to paint the facings red to make them a unit from the 5th Battalion, 60th Rifles. Now the "regulations" have them wearing grey trousers and some of my riflemen have green trousers. Why? Because that's all I had! As for the "white" trousers at gaming distance to me they are faded grey with variations of the Iberian Peninsula shining on them from different angles. 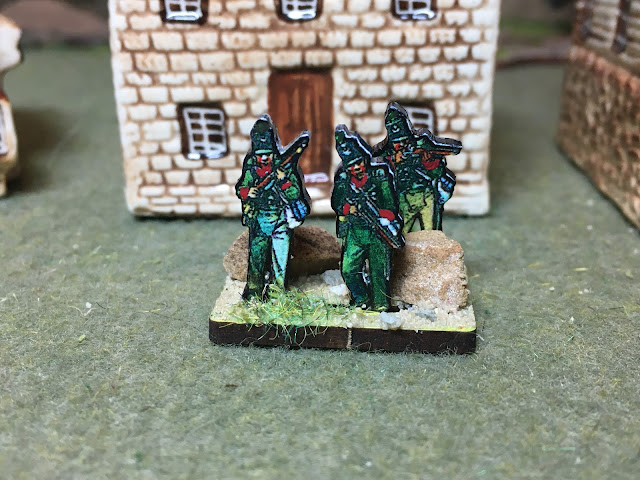 Sure many of us like to do meticulous research and want our units to look just right. I'm doing the same thing know as I am getting ready to paint some Indian Service Troops and Highlanders for the Northwest Frontier Uprising of 1897 to1898. But don't ruin the hobby for others just because the buttons should be faded brass instead of shiny gold. 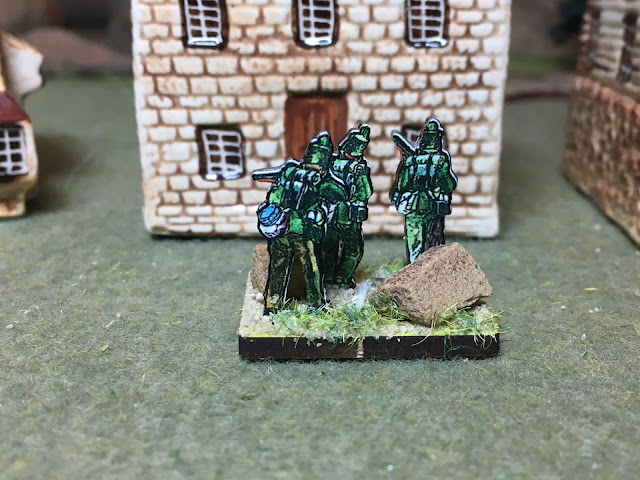 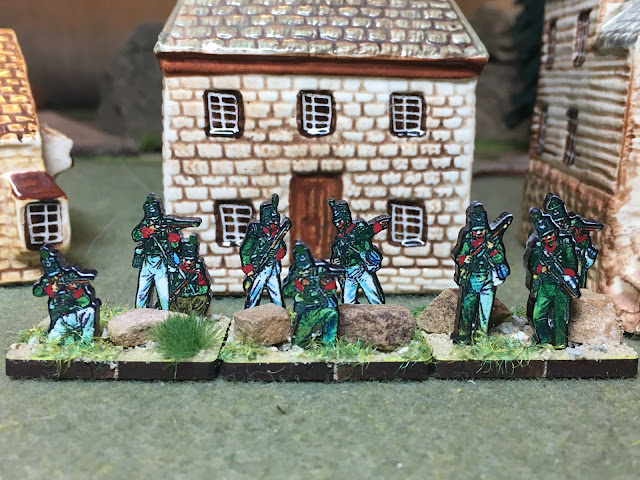 "We all have our time machines, don't we. Those that take us back are memories...And those that carry us forward, are dreams." H. G. Wells.
Posted by Neil at May 06, 2022