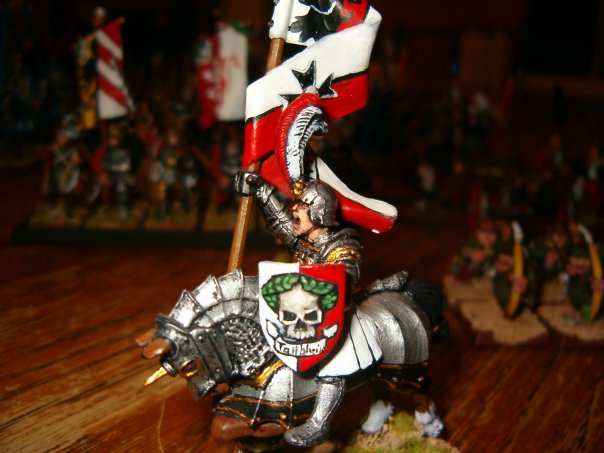 Standing between the hordes of bad guys and unspeakable horrors was the Empire in the Warhammer Universe. A combined arms army, it took skill and guts to be successful on the battlefield. Our Empire Army was commanded by Honorable Son #4 (The greatest 18th Century General who ever lived). These are pictures are from before the time we had gaming mats and was definitely a Dining Room Battle! 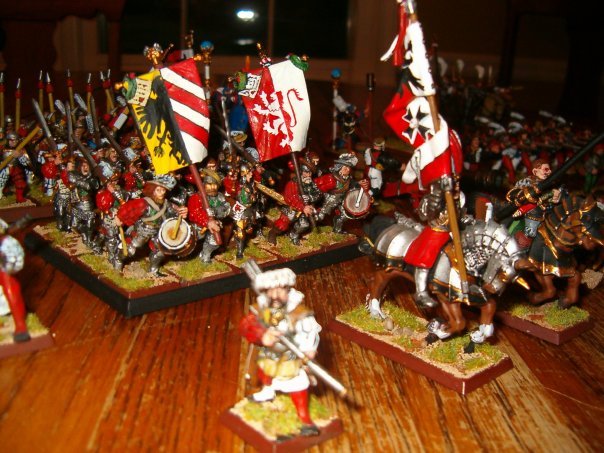 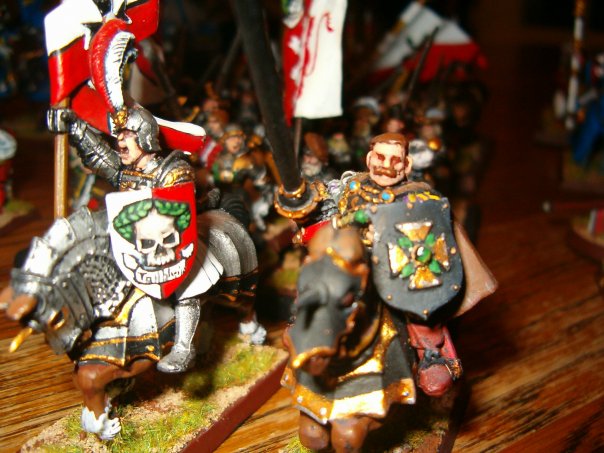 The Army standard bearer next to his general. 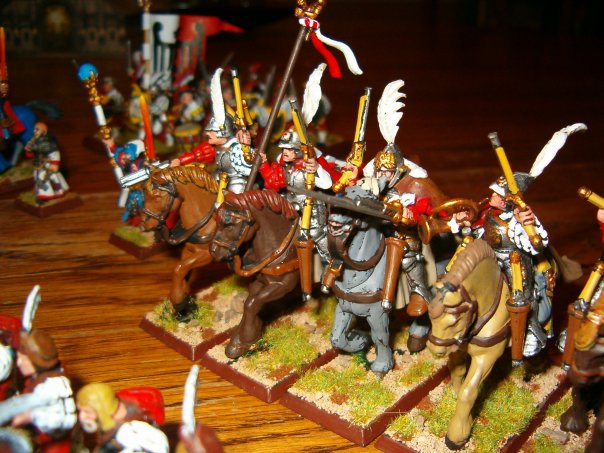 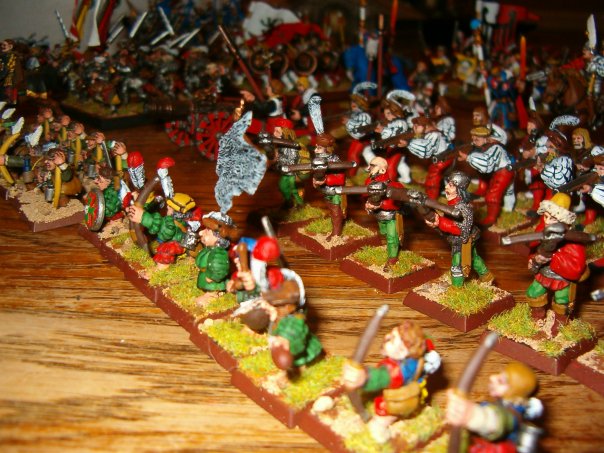 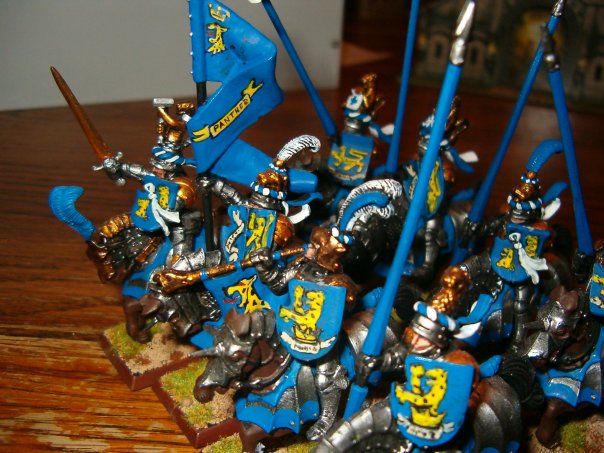 The Knights Panther; a hard hitting order of heavy cavalry. 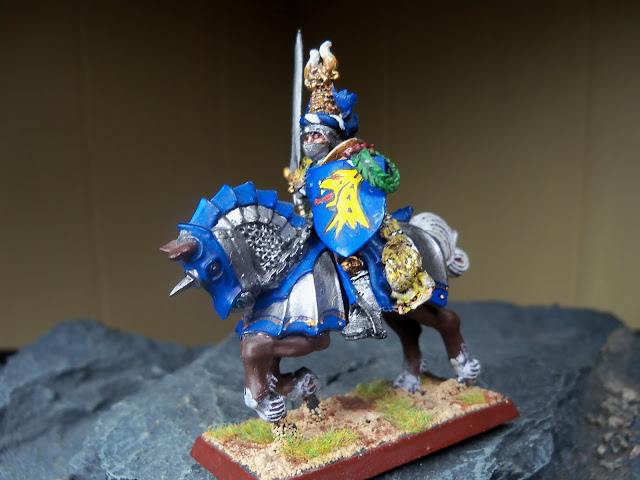 Grandmaster of the Knights Panther 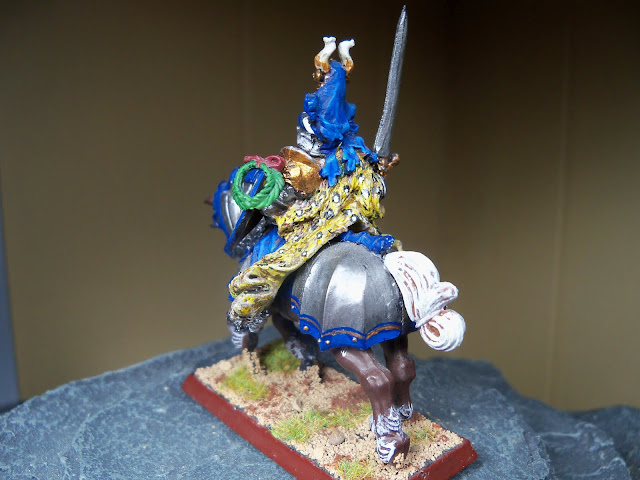 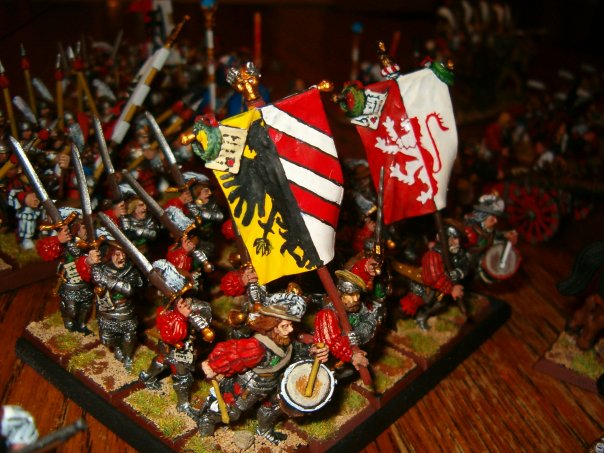 The toughest infantry in the Empire; the dreaded two-handed great swords! 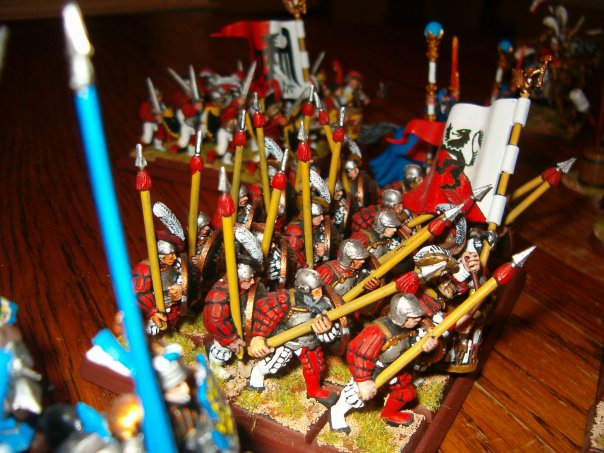 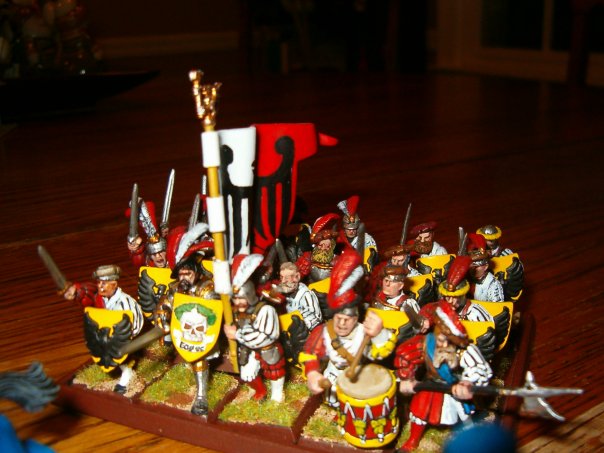 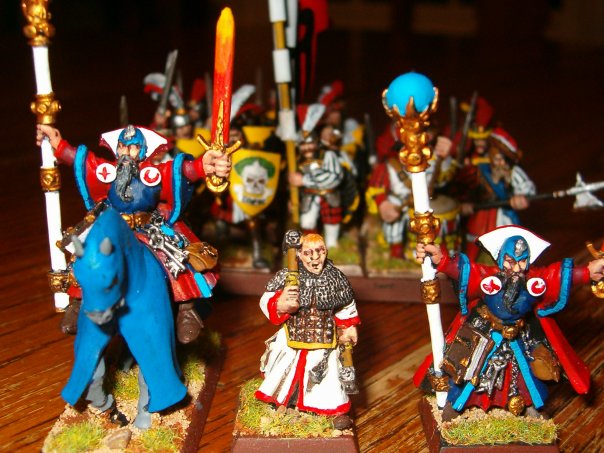 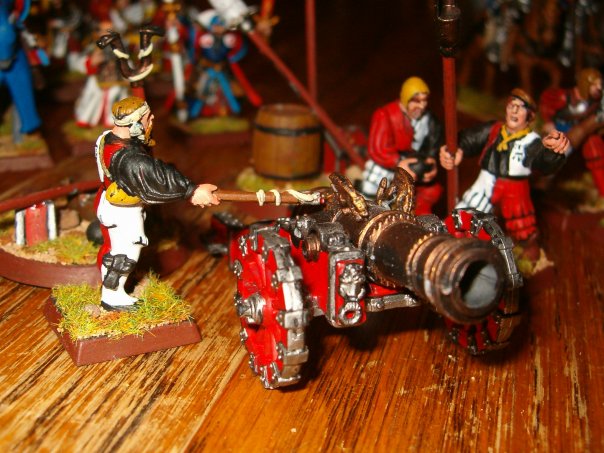 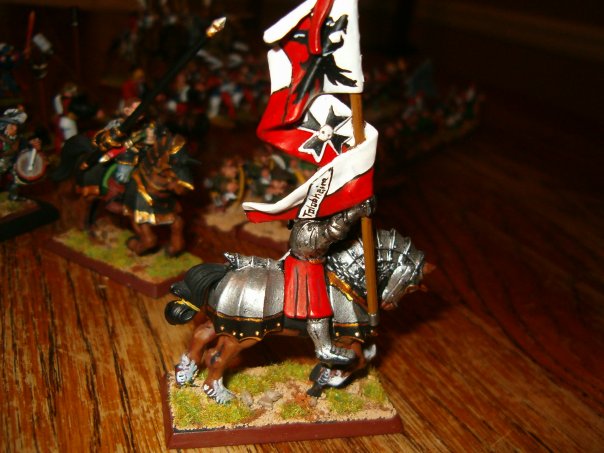 Another view of the Army standard. 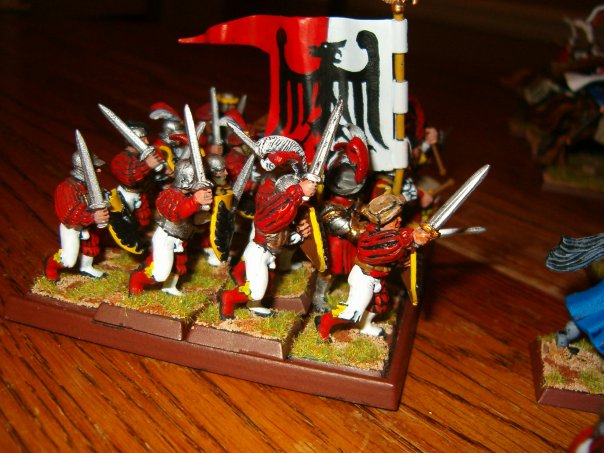 Another view of the "Black Eagles" sword regiment. 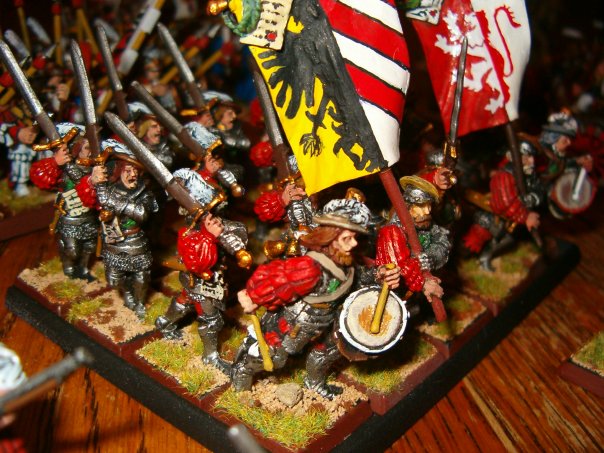 I had fun painting the flags. I love flags. 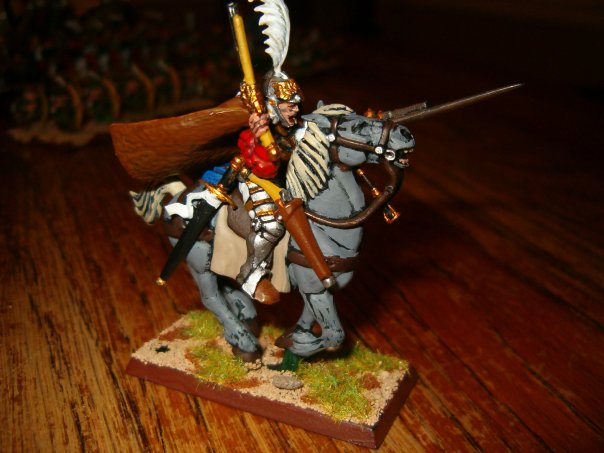 The Captain of the Pistoliers. 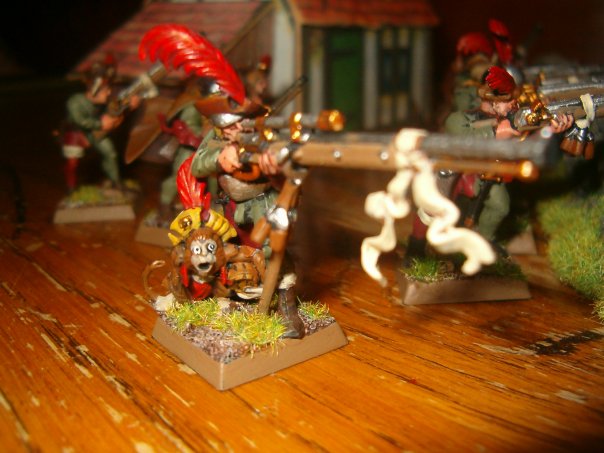 My skirmishers, drawn from the ranks of foresters and huntsmen. Love the powder monkey. 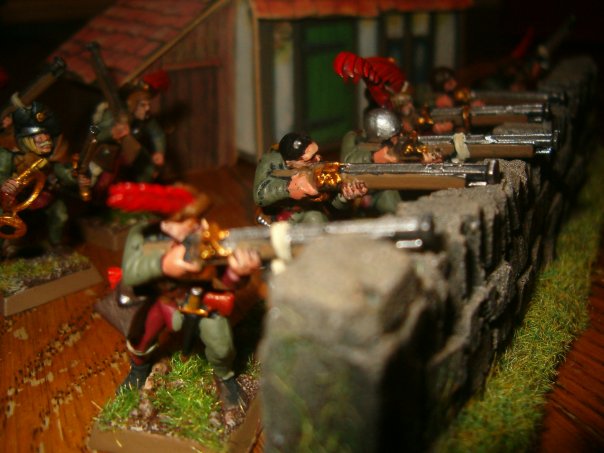 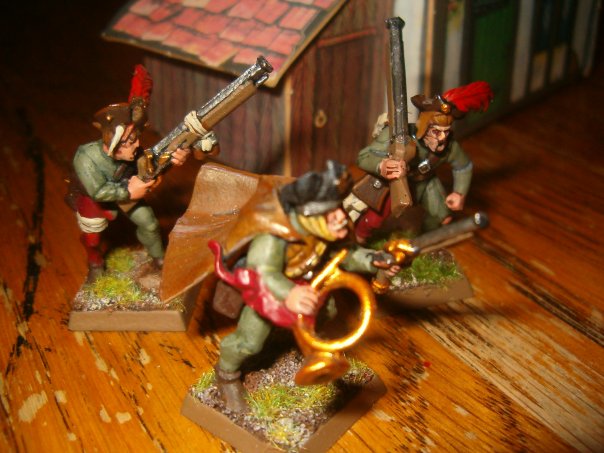 Great musician with horn, one of my all time favorites.
Posted by Neil at 5:56 PM