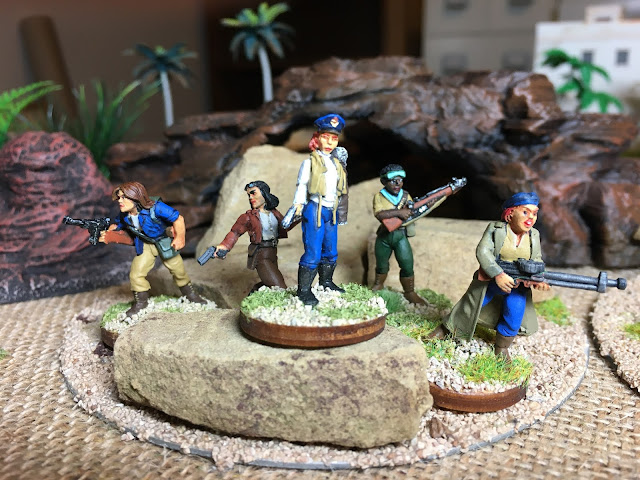 (Blatant Introduction Ripoff): In 1932 a crack unit of adventurers were sent to prison by a League of Nations court for a crime they didn't commit. These women promptly escaped from a maximum security stockade on Æpyornis Island to the world's underground. Today, still wanted as international fugitives, they survive as soldiers of fortune. 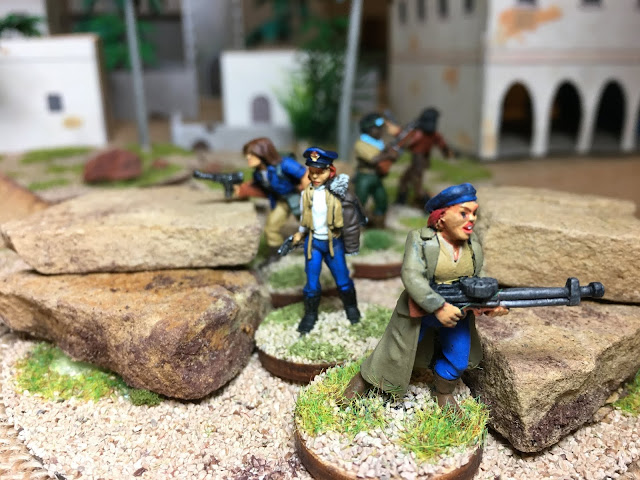 The Escape from Æpyornis Island 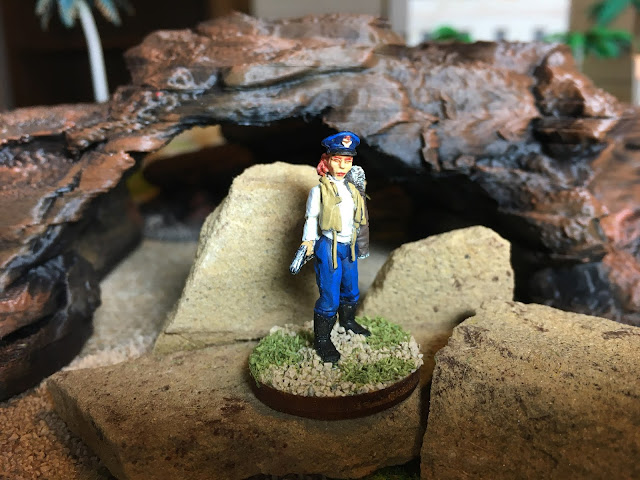 Captain Felicity Fartherham
Another great set of figures from Bob Murch and Pulp Figures. I put this team together with three figures from PHP 20 Rugged Adventuresses and two figures from PHP 26 Lady Rathbone's Raiders. The idea of doing a Pulp "A-Team" came to me in a discussion with a game designer and it did not take me long to pick out which figures I wanted to use. 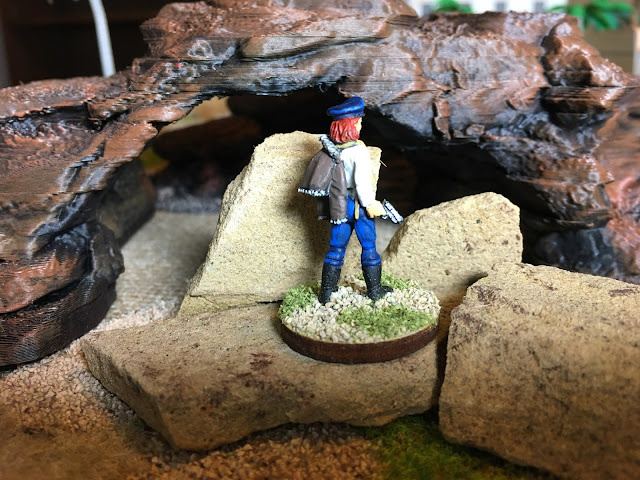 Captain Felicity Fartherham is a British Intelligence Agent in Department H (there is no Department H) as the senior operational planner, expert pilot and personally lead many missions for King and Country. She, along with her associated were deviously framed, unknown to them, by a famous evil doctor of Chinese origin (yep - that doctor). They now dedicate themselves to helping the unfortunate that no one else will help and trying to determine who framed them for the "Meiktila Incident." 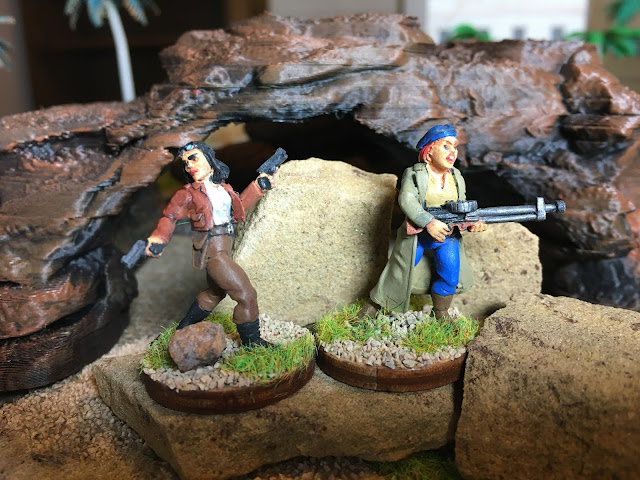 Rebecca "45" Smith and Marie-Hélène "Lewis" Lefaucheux
Rebecca is your typical two fisted, gun firing, act first and then come up with a plan American. Known for the blazing speed of her gun fire, she acquired the nickname "45". Or is that the number of men whose hearts she has broken?
Marie-Hélène Lefaucheux is a French Communist which results in endless discussions about the power of the people, the ignorant masses, oppression of the weak, bougerois idiocy, blah, blah, blah, etc. But she is good with a Lewis Machinegun and throws a mean punch during heated "discussions." 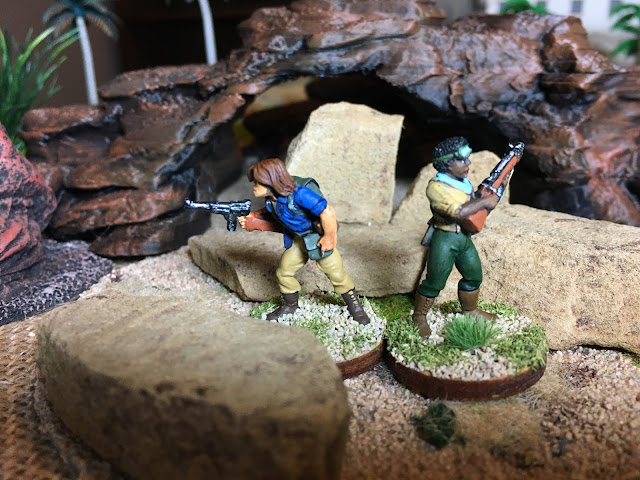 Sophia "Doc" Blake  and Princess Yaa Asentewa
Dr. Sophia Blake was a practicing female doctor in Scotland, and one of the first in the wider United Kingdom of Great Britain and Ireland. In addition she is a  leading campaigner for medical education for women and was involved in founding two medical schools for women, in London and Edinburgh at a time when no other medical schools were training women.She also likes automatic weapons and was easily recruited by Captain Fartherham. 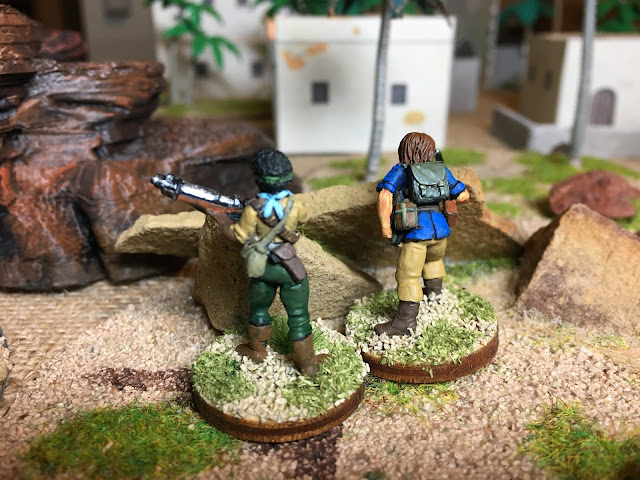 Princess Yaa Asantewaa is an Ashanti refugee who fought against British Colonialism, but ironically built a trusting relationship with Captain Fartherham to help her people. She is an expert in taking out bad guys with "lead poisoning." 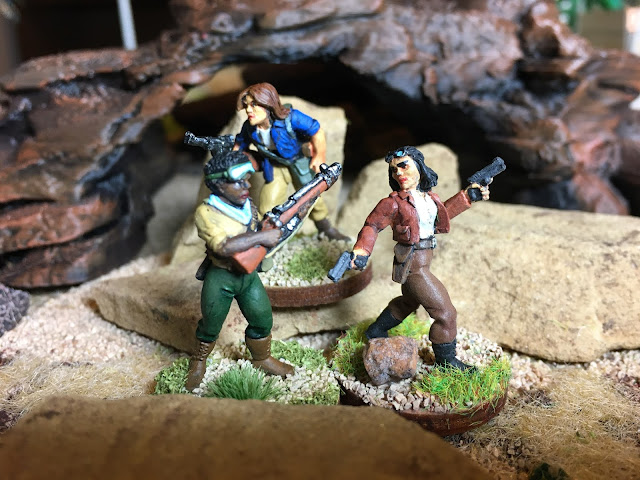 "I thought there was only 6 of them when I started firing. Well, there were 6 but they are now on the ground, but I did not know there was a platoon of thugs behind them!" 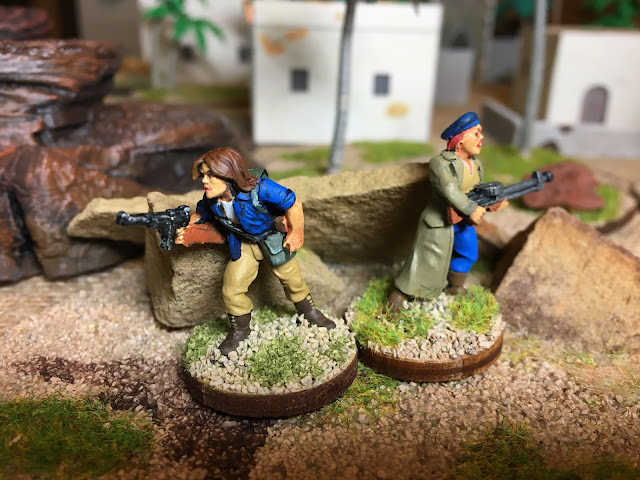 Heavy firepower and compassion are their reputations. 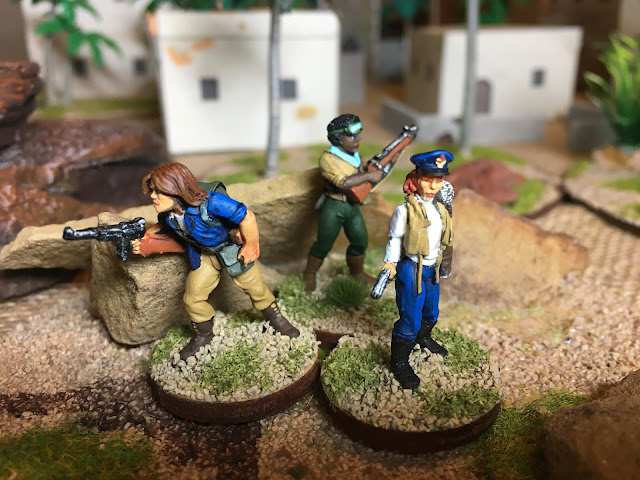 One less so called evil genuis that wants to take over the world. 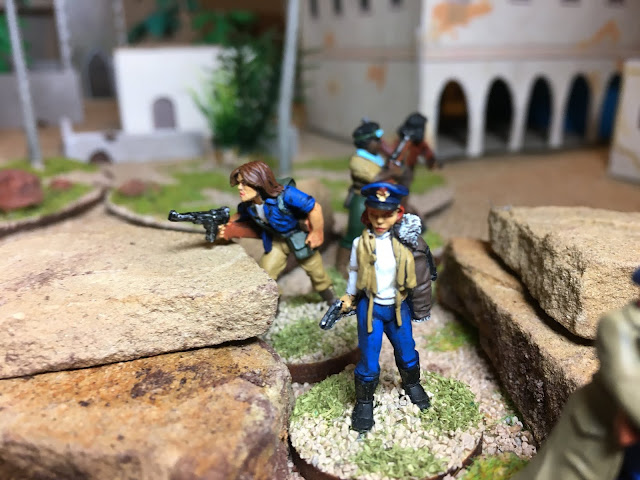 "I love it when a plan comes together." 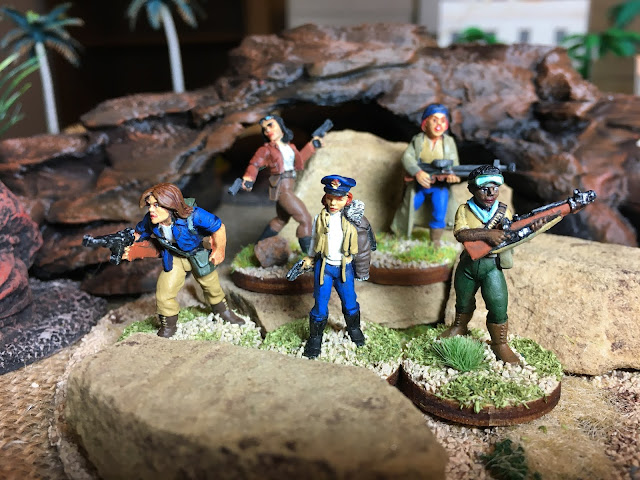 If you have a problem, if no one else can help, and if you can find them, maybe you can hire Captain Felicity Fartherham and the Fearsome Four.
Posted by Neil at November 05, 2020