More Terrain for the FIW (or wherever there are Woods and Rocks!) 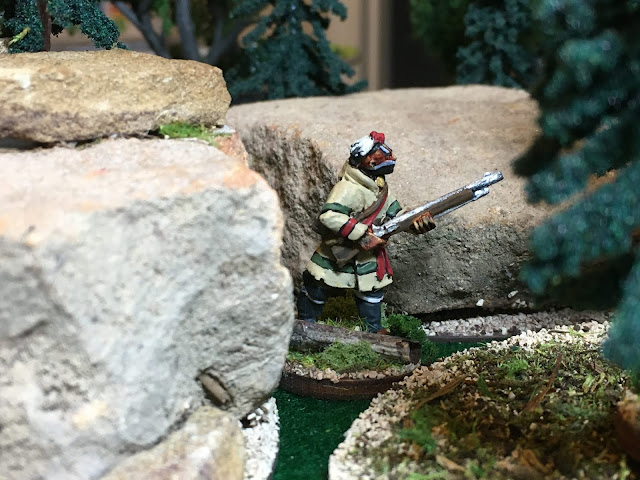 It's amazing what you can accomplish when you retire early, set your own schedule, and get to take long walks in the woods with your favorite dogs. As I mentioned in an earlier post, I've been taking pictures "off trail" in an attempt to get a realistic look for the terrain I'm building for our French and Indian War battles using Rebels and Patriots.

An enjoyable discovery is that building terrain for large skirmish games is not that difficult. It is also not that expensive; rocks from the woods, sticks and twigs I find, railroad hobby trees, florist moss, old CDs/DVDs and fine hobby railroad ballast. Almost forgot - white glue! 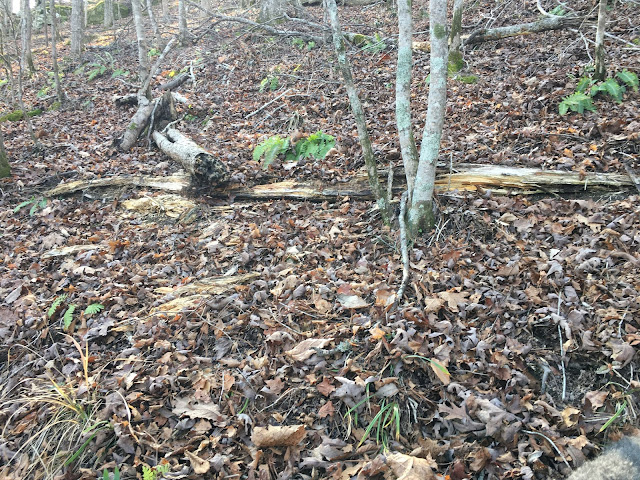 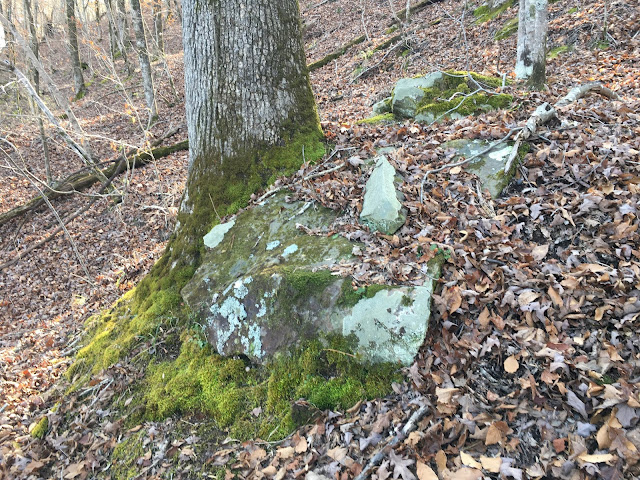 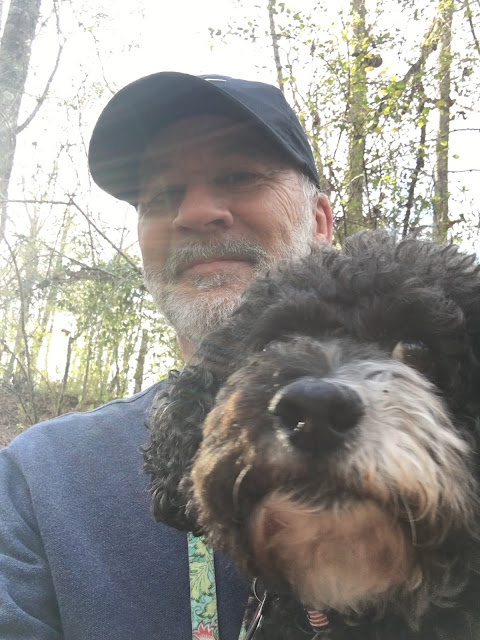 Danger Dog, Knight Commander of the Order of War Poodles (KCOWP) helped me with the pictures. 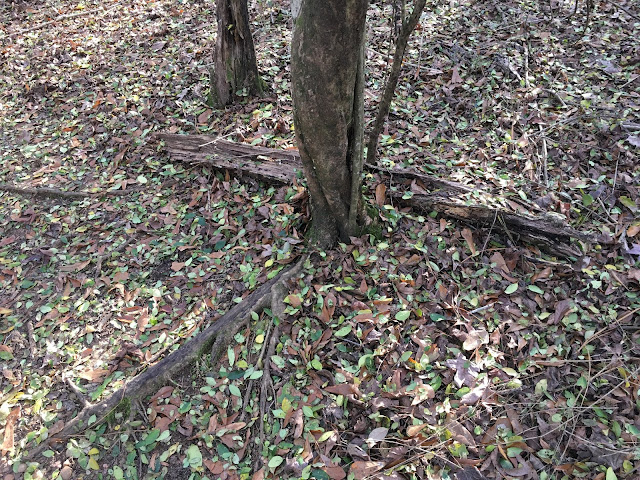 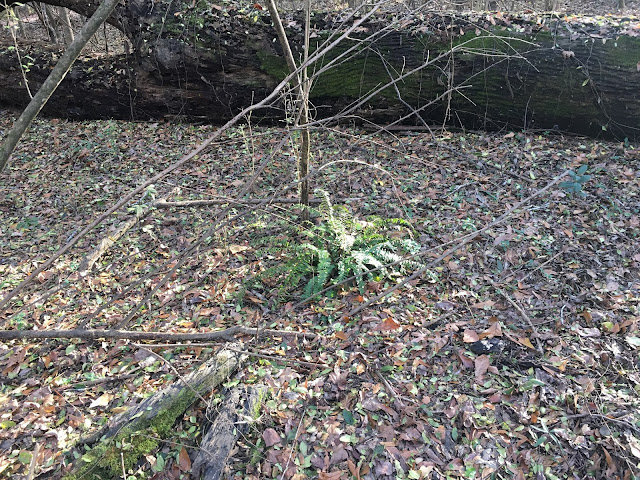 Above are some pictures of what "woodland" may look like; it is natural terrain that provides some cover and makes it harder to see what is in and beyond. It may stop some bullets - but if that bullet is on target . . . 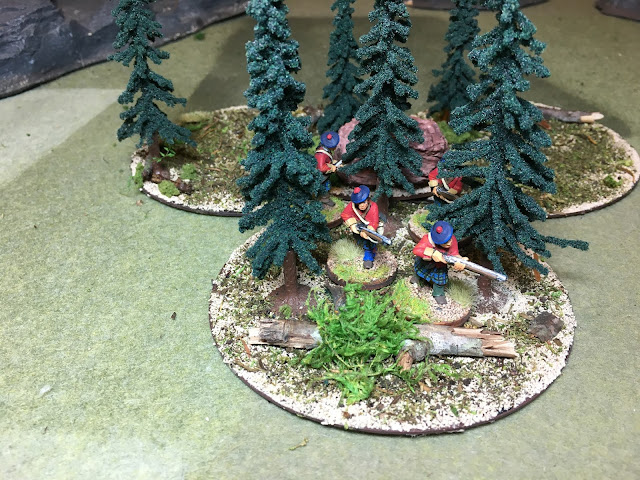 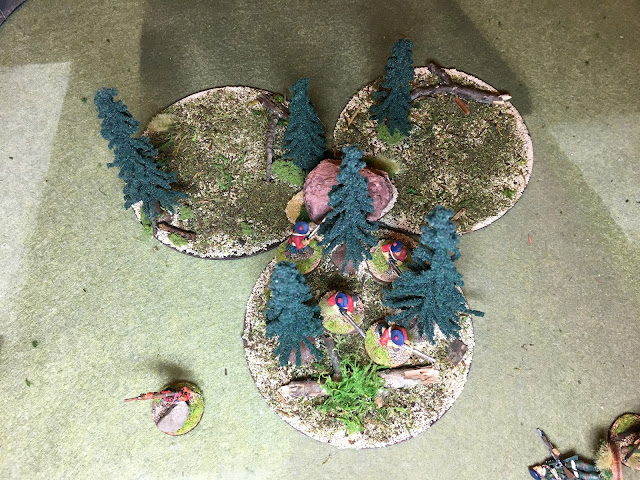 Here are the same three terrain pieces from above; the large rock in the middle is on a separate base and yes, the ranger in the lower right hand cover is laying down on the job.
What we have decided, since this is a large skirmish terrain, if the piece is on the table top it is actually there. To outline larger areas, we use felt to outline the terrain and the terrain pieces within the felt can be moved around to facilitate movement. 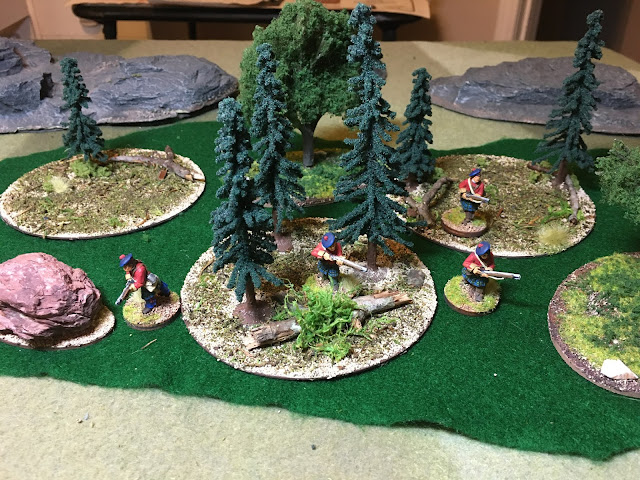 The Highland Light Infantry is now in a larger area of woodlands. 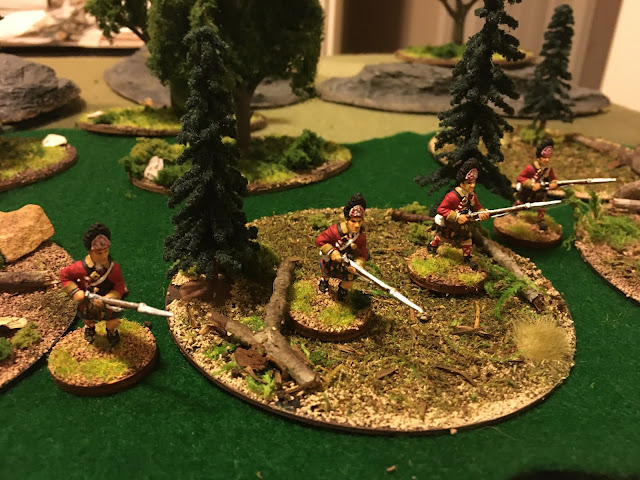 To make difficult terrain; e.g., heavy woods and steep hills to provide cover and slow down movement, I added rocks. 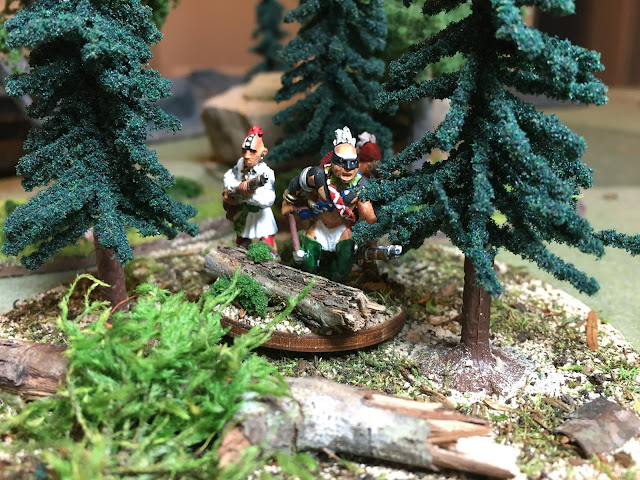 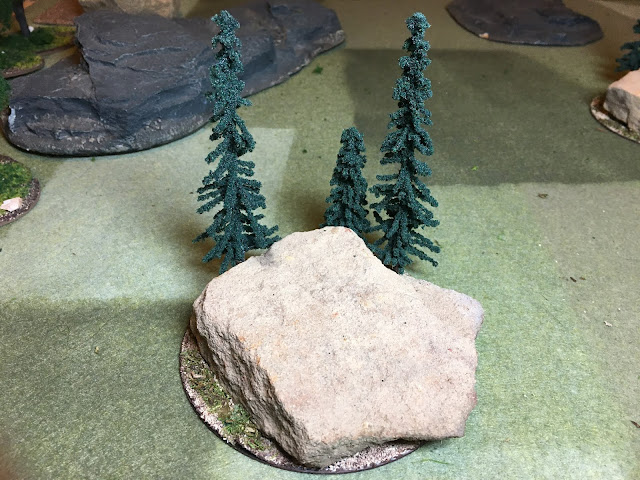 My go to source for trees are available in the railroad hobby section. 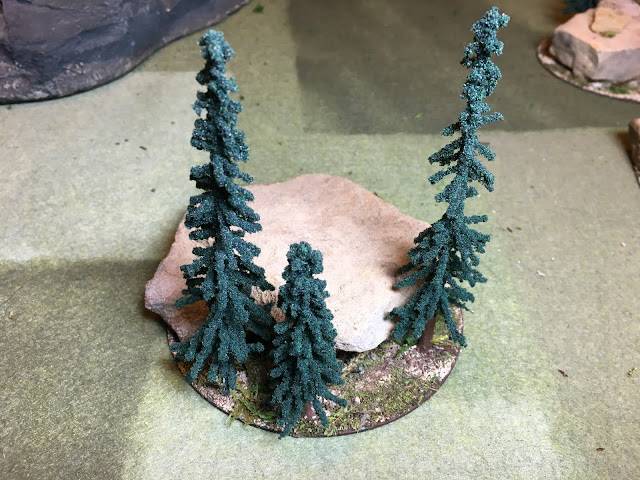 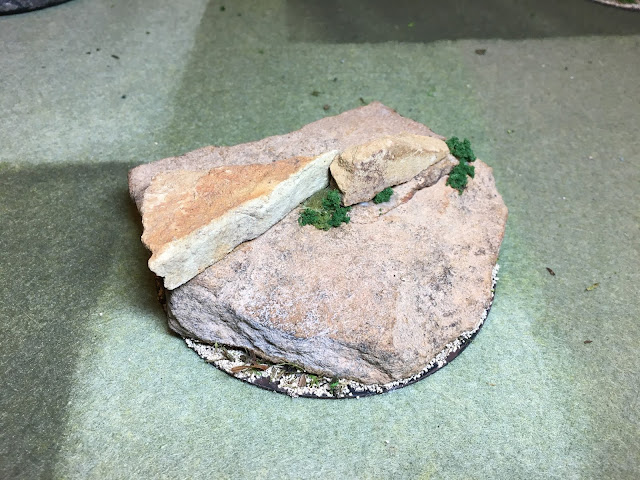 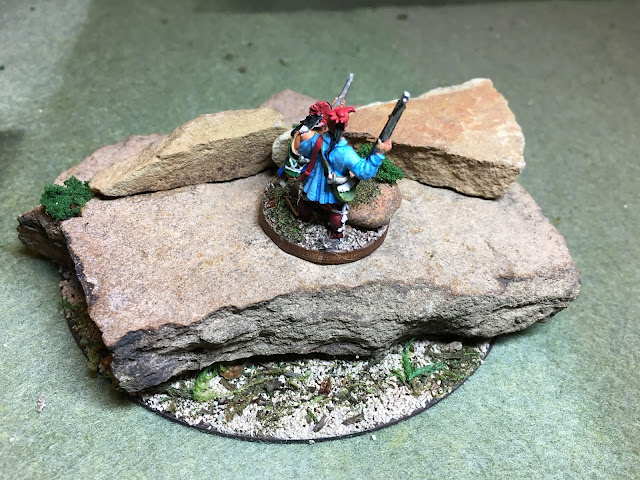 Figures are 28mm scale by the way. 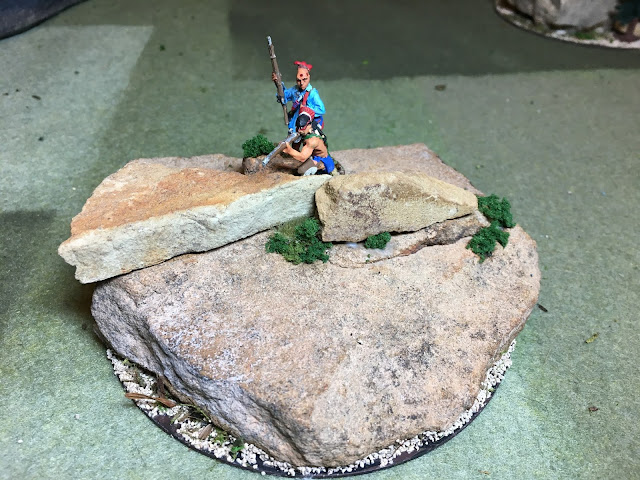 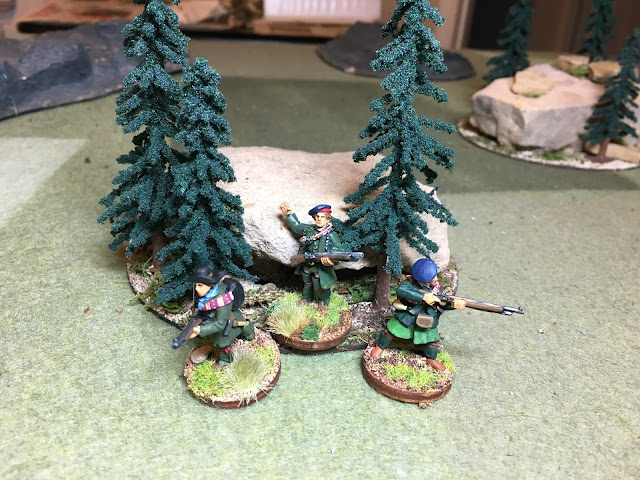 Since there is no felt, the terrain pieces cannot be moved to facilitate movement. 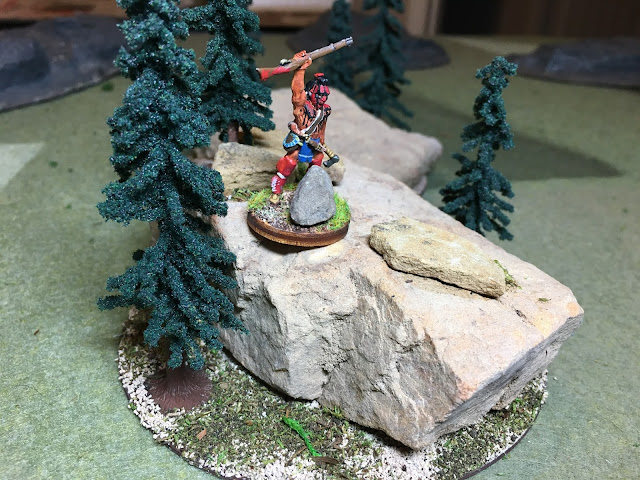 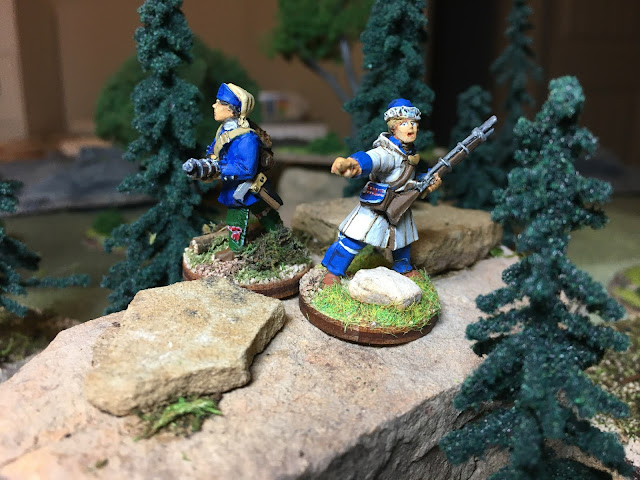 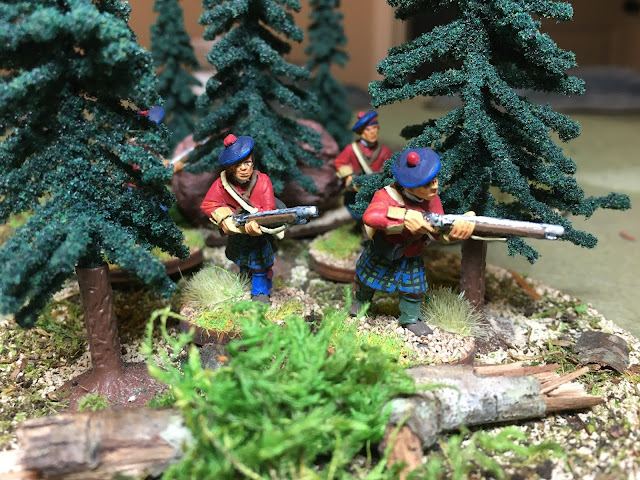 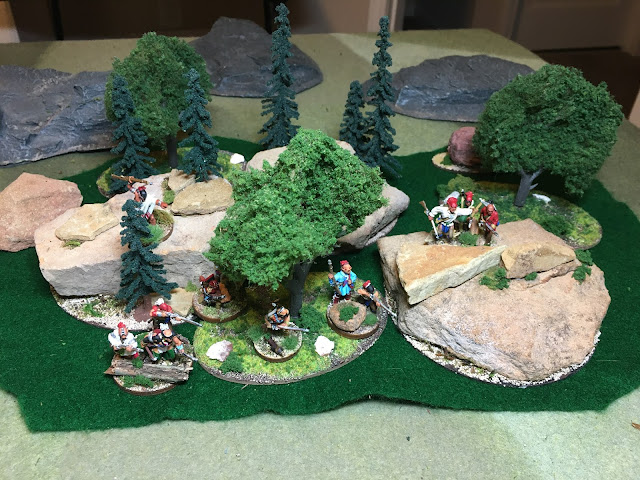 A larger area of difficult terrain outlined in felt. 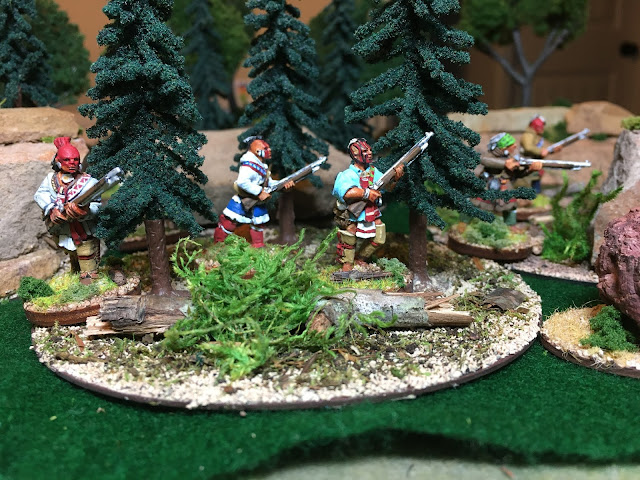 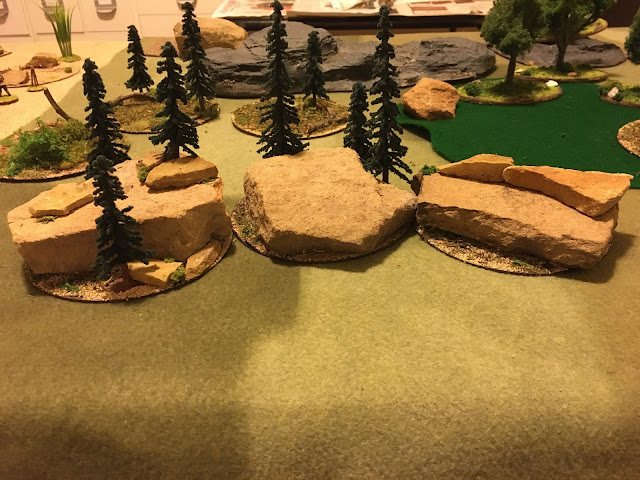 Some other pieces I made.

The rock pieces by combining and stacking some "loose" rocks on top can easily simulate impassable terrain like a cliff. Just make sure that you and your opponent are clear on which is which! 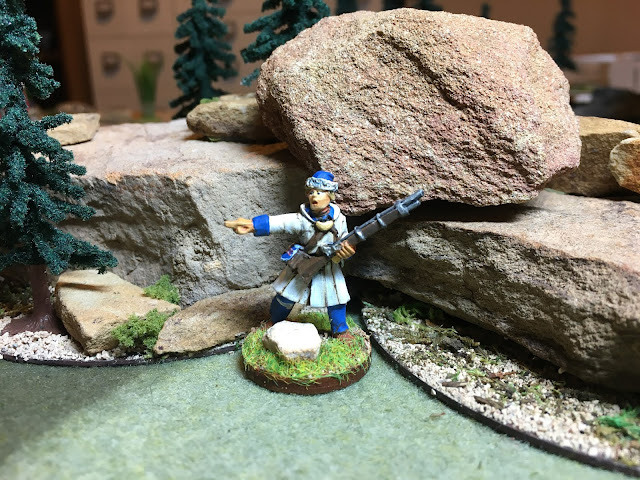 An example of "impassable" terrain.
So let your imagination run wild, it really isn't that hard or expensive to make your own terrain. 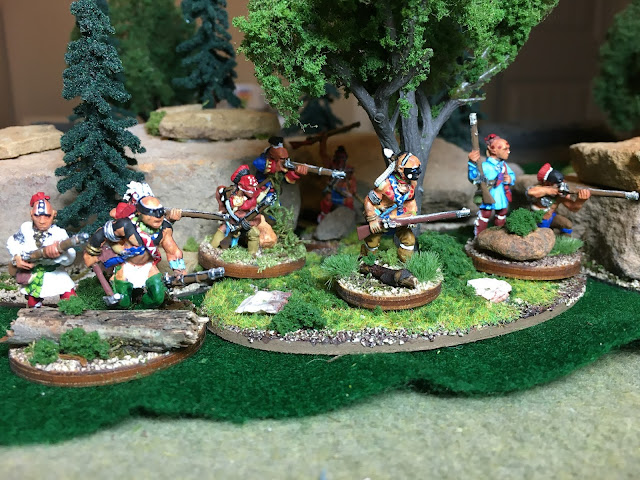 Email ThisBlogThis!Share to TwitterShare to FacebookShare to Pinterest
Labels: Horse and Musket, Rebels and Patriots, Terrain, The French and Indian War, War Poodles