Scottish Regiment of Foot for the English Civil War 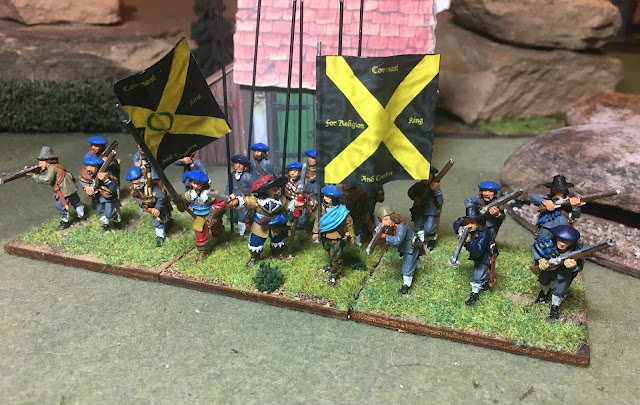 "Lads! we hae finally bin mustered!"
Wow. This is probably the longest I have ever taken to paint a unit; ironically, it is one of the easiest units to paint. I started painting the pike block way back in late July of 2018 and finished the pike block on August 3 of 2018. Better late than never I guess - but it's time to finish my Scottish Army and get back to the 17th Century. 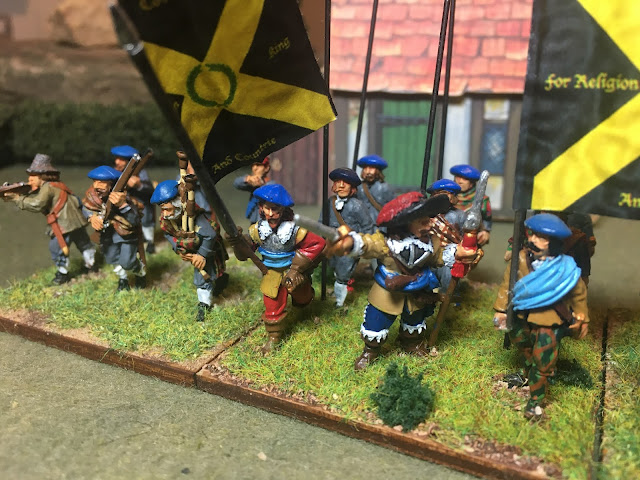 The figures are from Perry Miniatures with the exception of the Ensign on the left and the officer to his right which are from Warlord Games.
Truth in Advertising time. My Scottish Army is going to be generic, based on some history, but mainly planned by what I think are cool units and cool flags. I love flags. My army will fight for the King (Montrose) for the Convenanters, for Parliament and against Parliament. So you are going to find a mix of units which will include 3 regiments of Scottish Foot, 2 Regiments of Irish Foot, 2 to 3 units of Clansmen (depending on how they are organized at the time), at least 2 Squadrons/Regiments of Horse and one big ole gun. At least that's the plan for now. Currently the Irish and the Clansmen are complete, now time to do the other units. 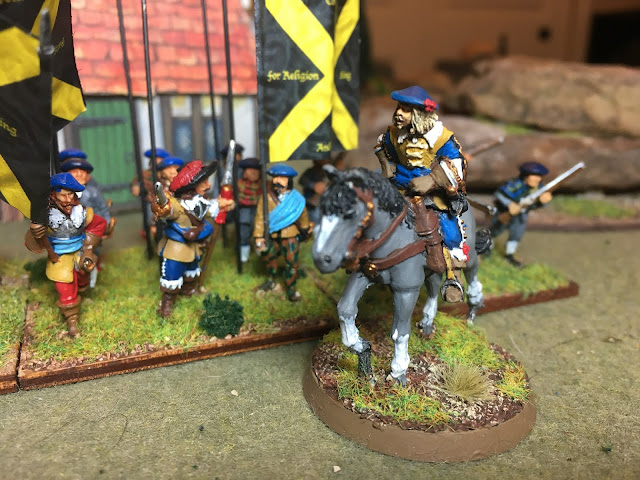 Lord Leven, Covenanter Lord General inspects the regiment.
So I'm building an army based on cool flags, tartan color and Hollywood! The rules I use are the excellent FREE RULES Victory without Quarter, which in my opinion, do an excellent job of recreating warfare during this period and are fun, fast and not overly complicated to play. 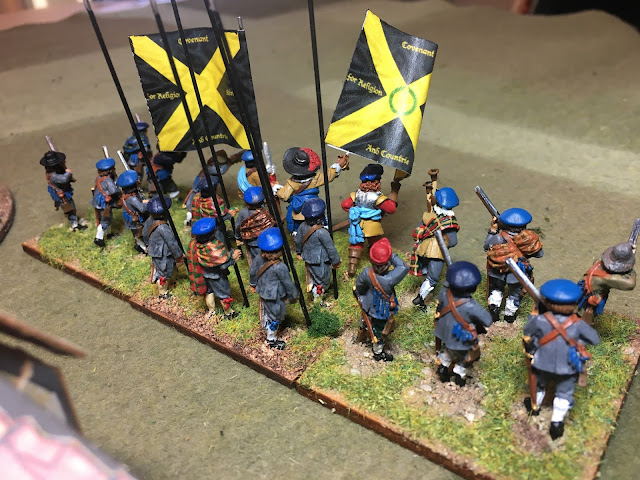 I see the flags need a little touch-up.
I'm not sure which flags I chose for this unit because frankly, I forgot where I got them. My best guess based on my feeble research is that they are either the Marquess of Argyll's Foot or the Duke of Hamilton's foot. But it really doesn't matter. Hopefully the history police won't get me. 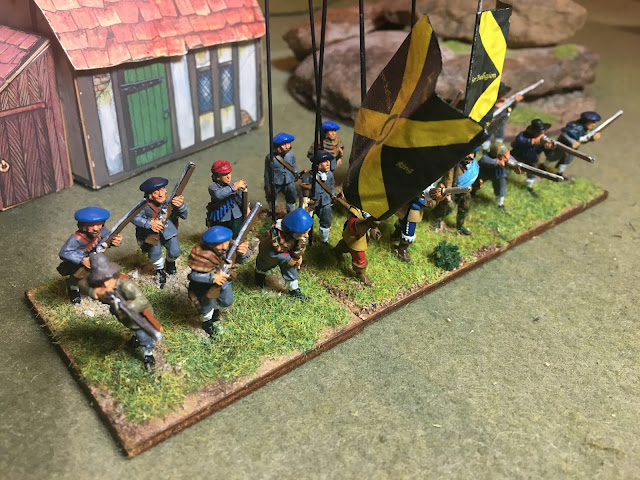 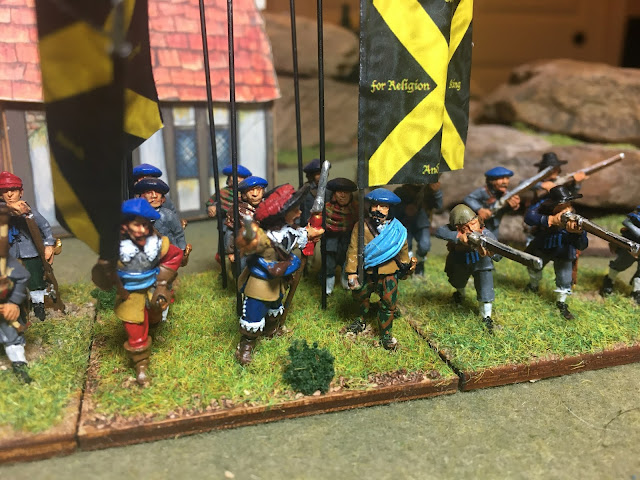 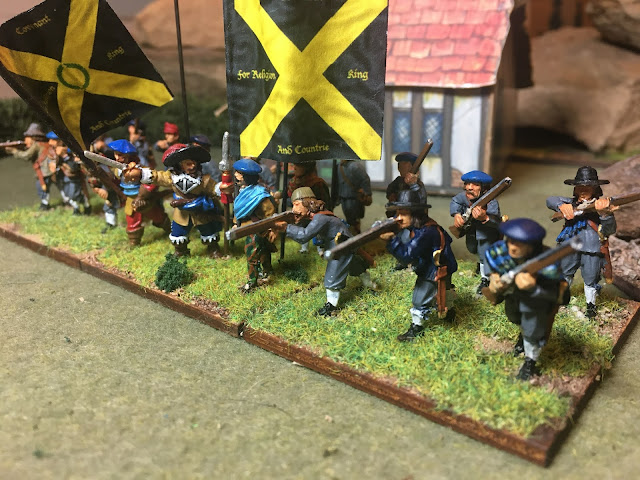 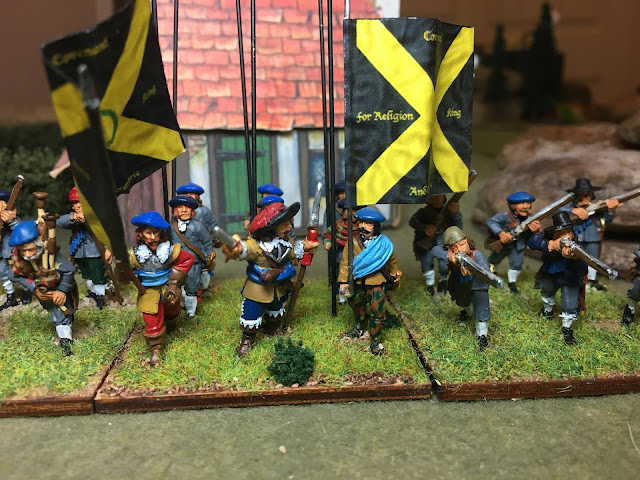