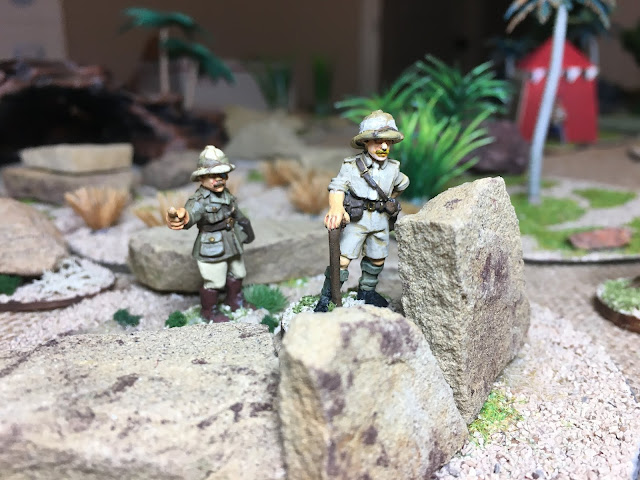 "Charlie look. The reinforcements have arrived."
"Yes Brigadier."
"It's a miracle."
"If it's a miracle, Brigadier, it's a short-chambered, Boxer-Henry .45 caliber miracle."
"I think we are in the wrong movie Charlie." 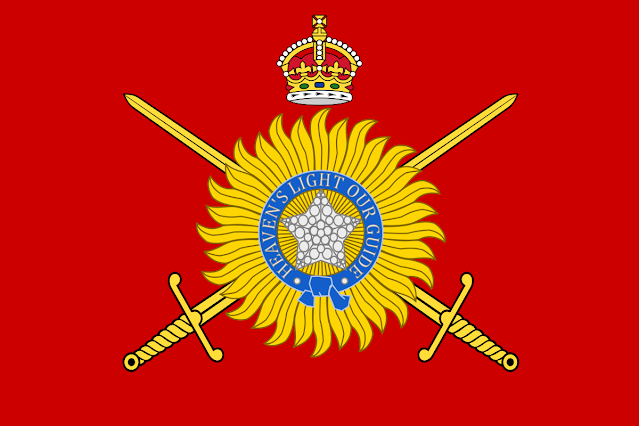 I have completed my initial Field Force for the British Indian Army for the fictional Anglo-Russian War using the ruleset The Men Who Would be Kings and some additional fun with In Her Majesty's Name. The initial force will be 24 points but will grow larger with the addition of the forces of the Princely State of Chaimbellistan and at least 1 cavalry unit (has to be lancers). If I reach 48 points anytime soon, I am definitely getting a mountain gun. 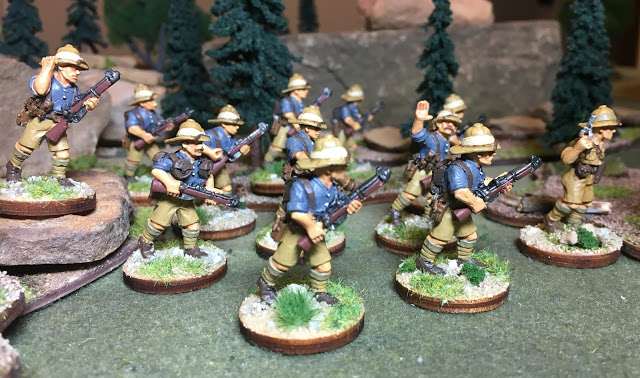 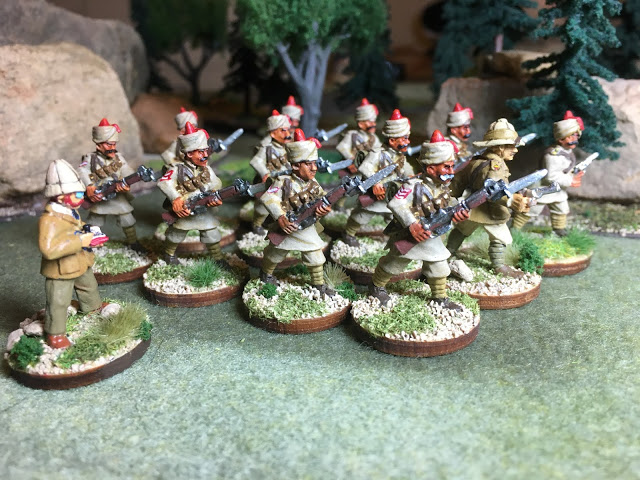 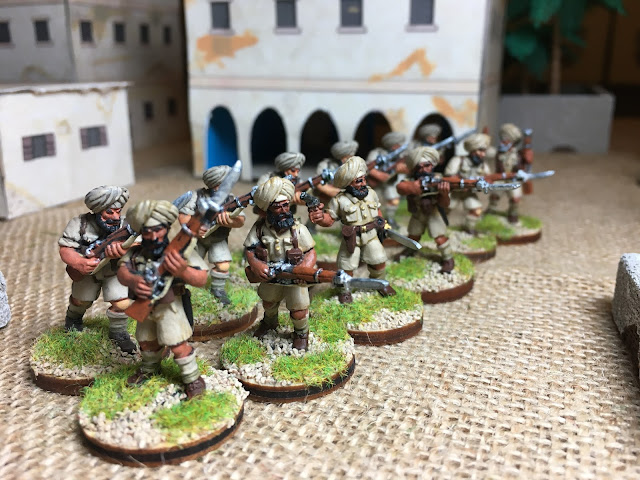 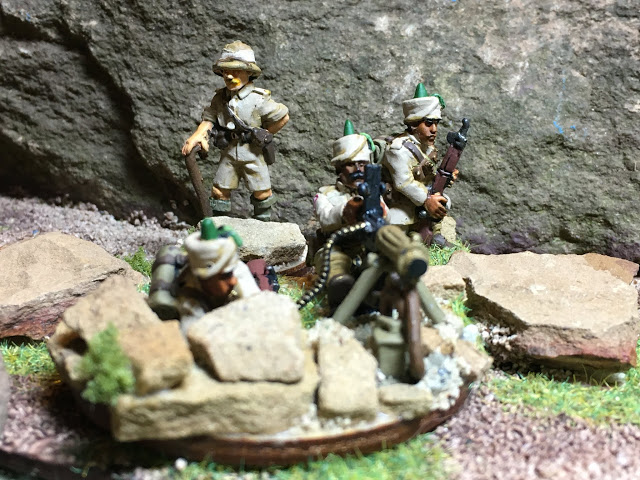 5. Honorable Mentions: The Royal Regiment of Chaimbellistan. Figures by Artizan and European advisor by Copplestone . . . 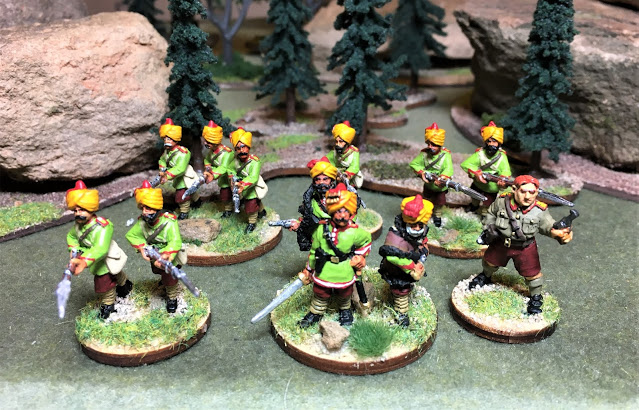 . . . and the local tribal infantry. Miniatures by Pulp Figures. 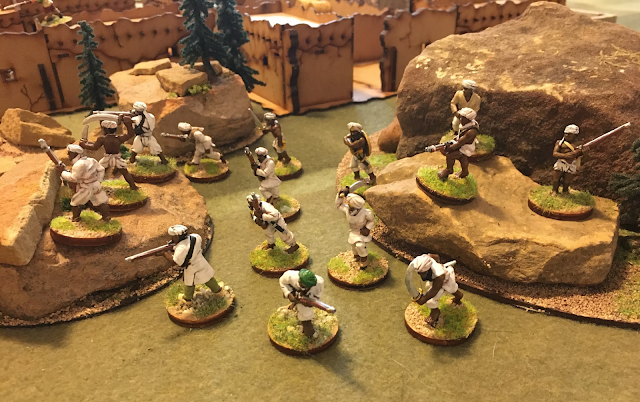